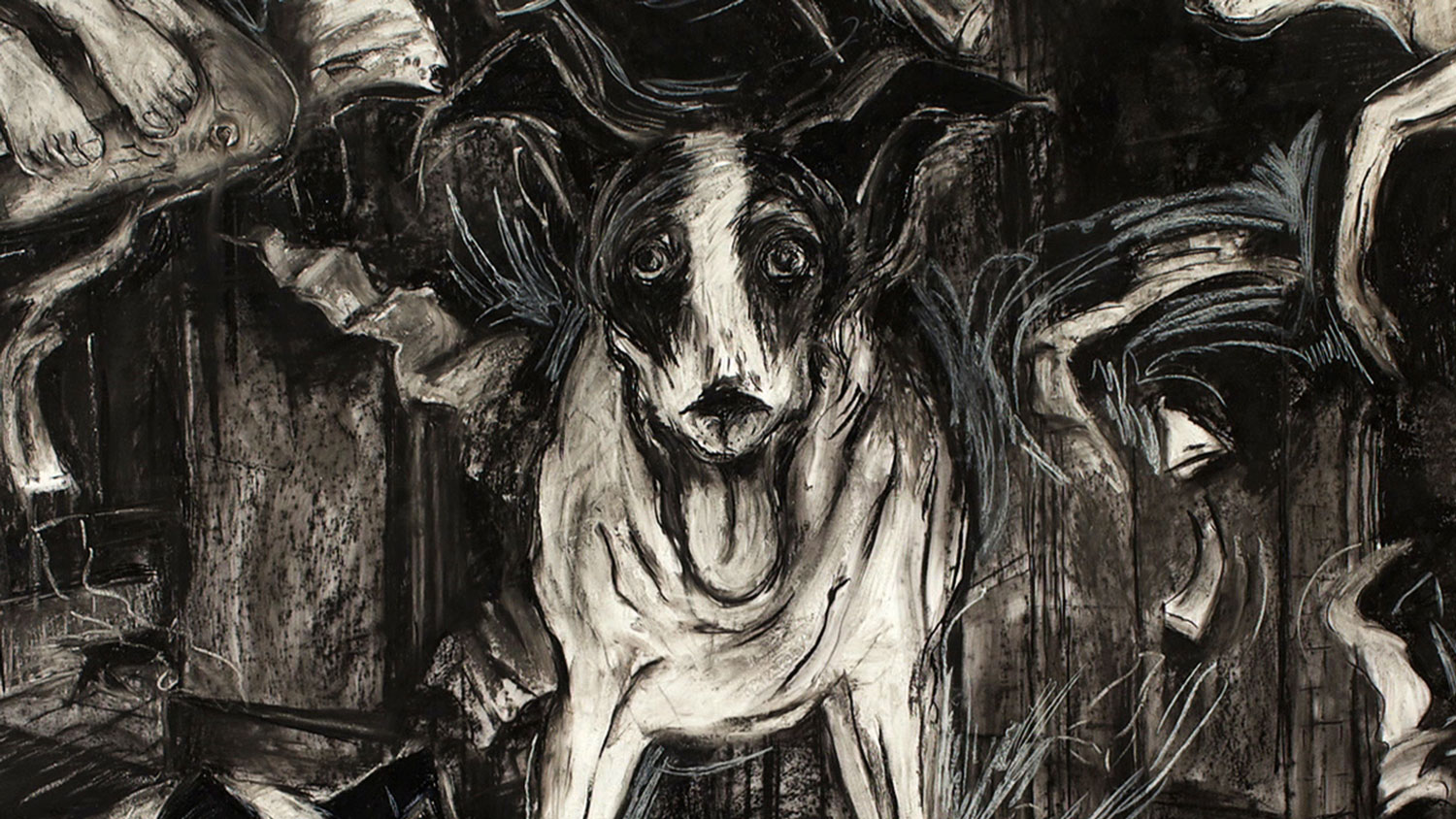 Begun as a 40-minute personal essay for French-German Arte TV, this then untitled film by EMPAC distinguished artist-in-residence Laurie Anderson captures a series of interconnected confessional stories set against a soundtrack of original music.

Partially filmed at EMPAC, the film has been expanded to feature length, driven by Anderson’s spirit of transformation, embracing uncertainty in her process while allowing the work to take on new properties as it was being made. In crossing the nebulous border between television and feature film, Anderson’s film reveals new insights into each, while also opening a cinematic window into her own life.

The screening will be accompanied by a discussion about Anderson’s artistic process, how making film soundtracks differs from making music, and what it’s like making something that gradually begins to turn into another thing altogether.

Main Image: Film still from Heart of a Dog, 2014. Courtesy the artist.