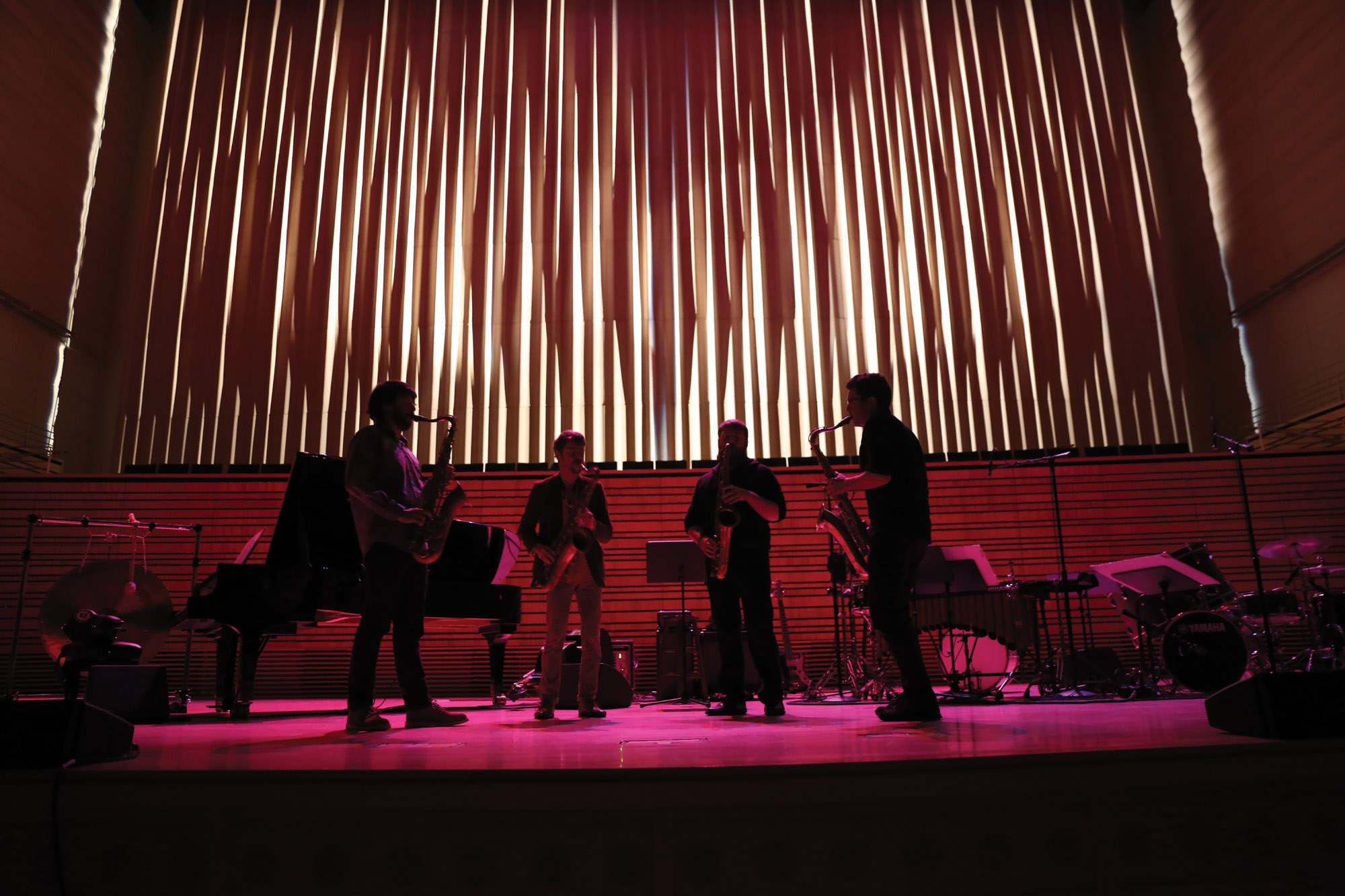 Converging from the “new music” and indie scenes, Bearthoven and Battle Trance each offered variations on the same theme: engaging music that straddles a line between jazz, classical, and the avant-garde.

Bearthoven is the trio of pianist Karl Larson, bassist Pat Swoboda, and percussionist Matt Evans. Since 2013, the group has rapidly built a diverse repertoire of material by commissioning works from leading young composers with the underlying challenge of producing innovative work for their familiar instrumental configuration. The project is a reexamination of what the traditional jazz trio can do and mean.

The flurry of saxophones known as Battle Trance is a tour de force of intense focus and unending breath. Comprised of tenor saxophonists Travis Laplante, Matthew Nelson, Jeremy Viner, and Patrick Breiner, the quartet uses circular breathing and immense physical stamina to produce hypnotic, meditative, and transformative sounds. In pursuit of a music that is both modern and timeless, the group strives to create a “portal of resonance” where there is no separation between the listener and the sound.

Anthony Vine – From a Forest of Standing Mirrors (2014)