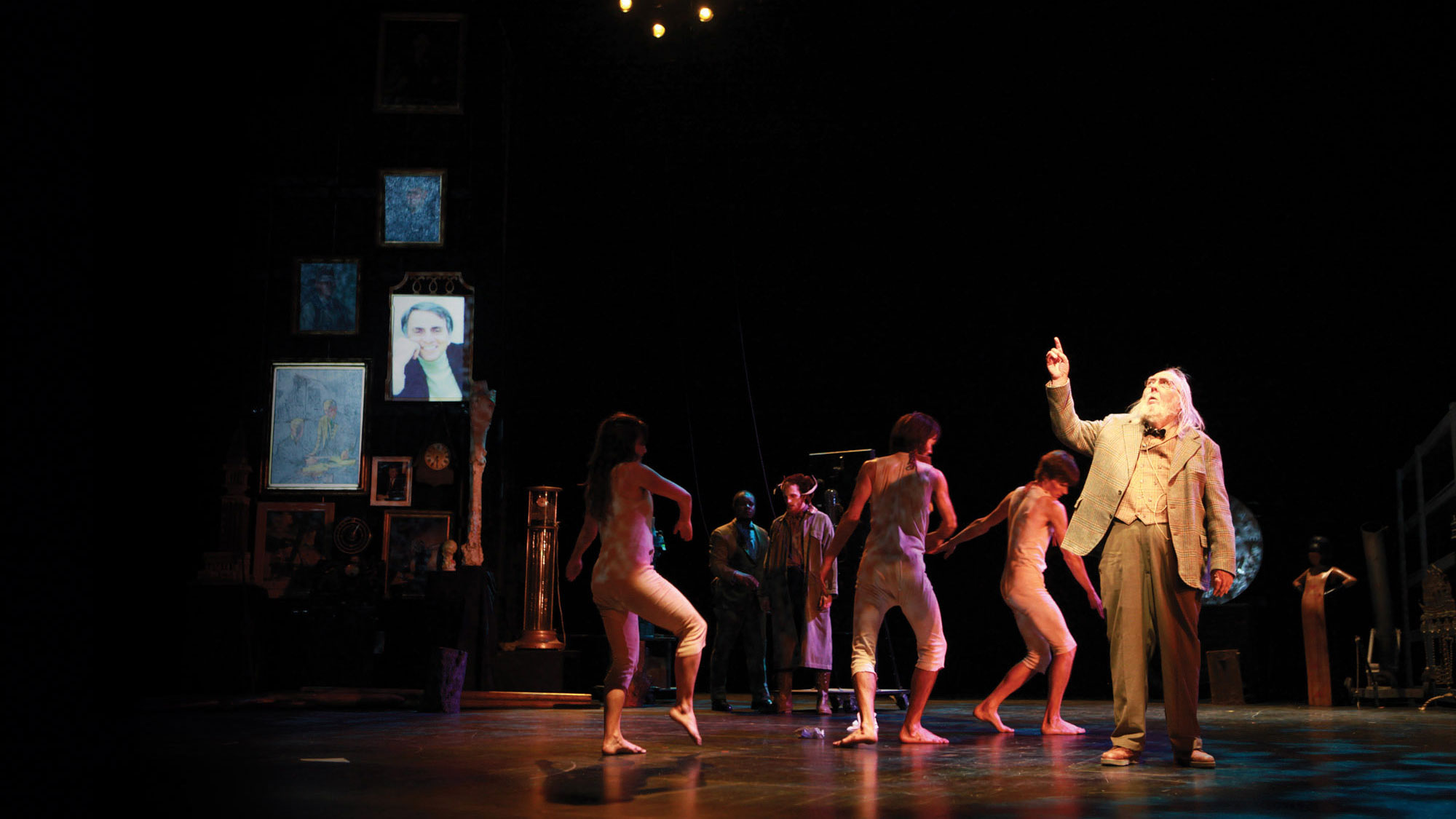 Cold Spring is a battering ram for stage created by the Los Angeles-based composer Sean Griffin. A diversity of musicians, actors and dancers from all over the United States and Canada turn the EMPAC theater into a high-energy collision of charged musical and theatrical particles and their underlying ideologies. Among these is the Eugenics Archive in Cold Spring Harbor NY. This archive represents the breeding-ground research for the eugenics-based social policies that resulted in mass sterilization of undesirables, forced lobotomies and, ultimately, with support from the Carnegie Foundation, Nazi Germany’s master race policies. In Cold Spring materials from this archive intersect unexpectedly with the early 20th century spiritualism-meets-pop-supernaturalism of the 1970s. Through an operatic rendition of the 1961 Betty and Barney Hill alien abduction hypnosis tapes we follow the embattled, mixed-race couple as they navigate social complications through the hyper-vigilant sanctimony of their pre-civil rights world. Cold Spring is propelled by a collection of iconic musical and theatrical snap-shots, several performed by actors familiar to Capitol Region theater-goers. Ideas best forgotten and good intentions gone awry unfold onto one another, turning the theater into a crippled ceremonious procession.

Encompassing many languages, styles, media and forms, Griffin’s unusual compositional works rely on interdisciplinary incongruities positioned at the intersection of sound, image, performance, and the archive.

Manifesting as large and small-scale operatic works, collaborative sound and video installations, complex numeric choreographies, or historically weighted political works that defy categorization, Griffin’s works obsessively instrumentalize embedded cultures of injustice, racism, and wars of the recent past disturbingly mixed with dated-pop fantasies about self worth and class. Animated by rhythmic regimentation and improvisation, his compositions can be viewed as platforms for the performer's unique talents with whom he collaborates extensively.