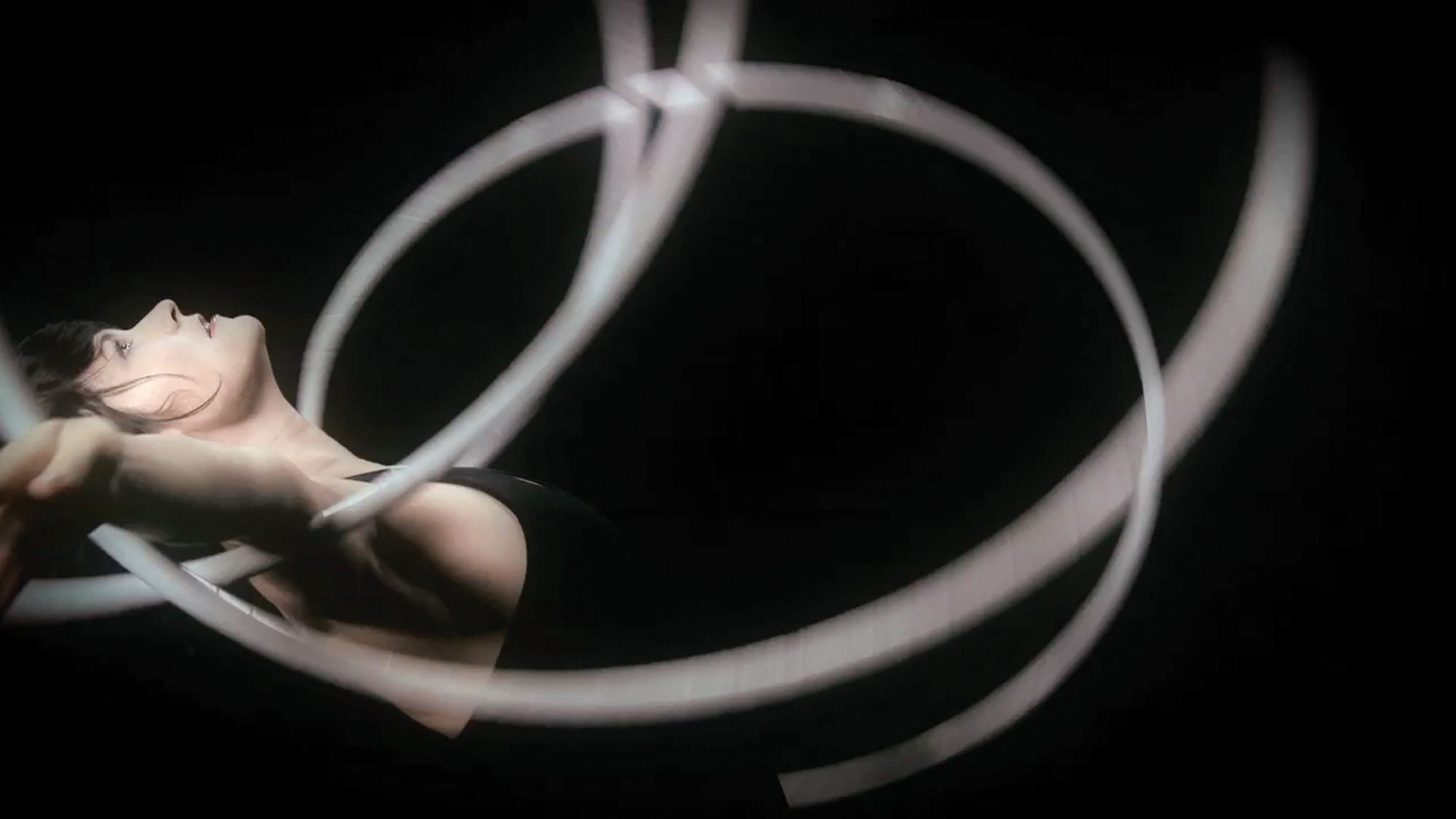 Hoop, Anatomy of Melancholy, Quince Missing, The Closer One Gets, the Less One Sees, MO-SO
Saturday, October 2, 2010 at 7:30PM
Concert Hall
Dates + Tickets

DANCE MOViES was a screening series showcasing short films and experimental videos made by contemporary choreographers and filmmakers.

World premieres of five new commissioned dance films chosen by an international panel; the screenings were followed by a panel discussion including the filmmakers and curator.

Hoop (Canada, 4.5 minutes) Directed by Marites Carino and performed by Rebecca Halls; floating in a black void, swinging through shafts of light, a woman keeps an incandescent and familiar circular childhood toy in perpetual motion.

Anatomy of Melancholy (US, 6.5 minutes) Directed by Nuria Fragoso; visual metaphors about space portray the melancholy that underlies contemporary society. Recursive imagery and gesture accumulate to reveal the catharsis of individuals who are faced with profound isolation in today’s communicative processes.

Quince Missing (US, 16.5 minutes) Directed and choreographed by Rajendra Serber. In this exploration of urban isolation, three strangers tracing their solitary paths through empty streets at night become locked in anonymous antagonism when trying to pass each other.

The Closer One Gets, the Less One Sees (Brazil, 10.5 minutes) Videomaker Valeria Valenzuela and choreographer Lilyen Vass collaborated on this intervention in the everyday lives of three street jugglers/beggars in Rio, which transforms the objective action of their juggling into the abstract vocabulary of contemporary dance.