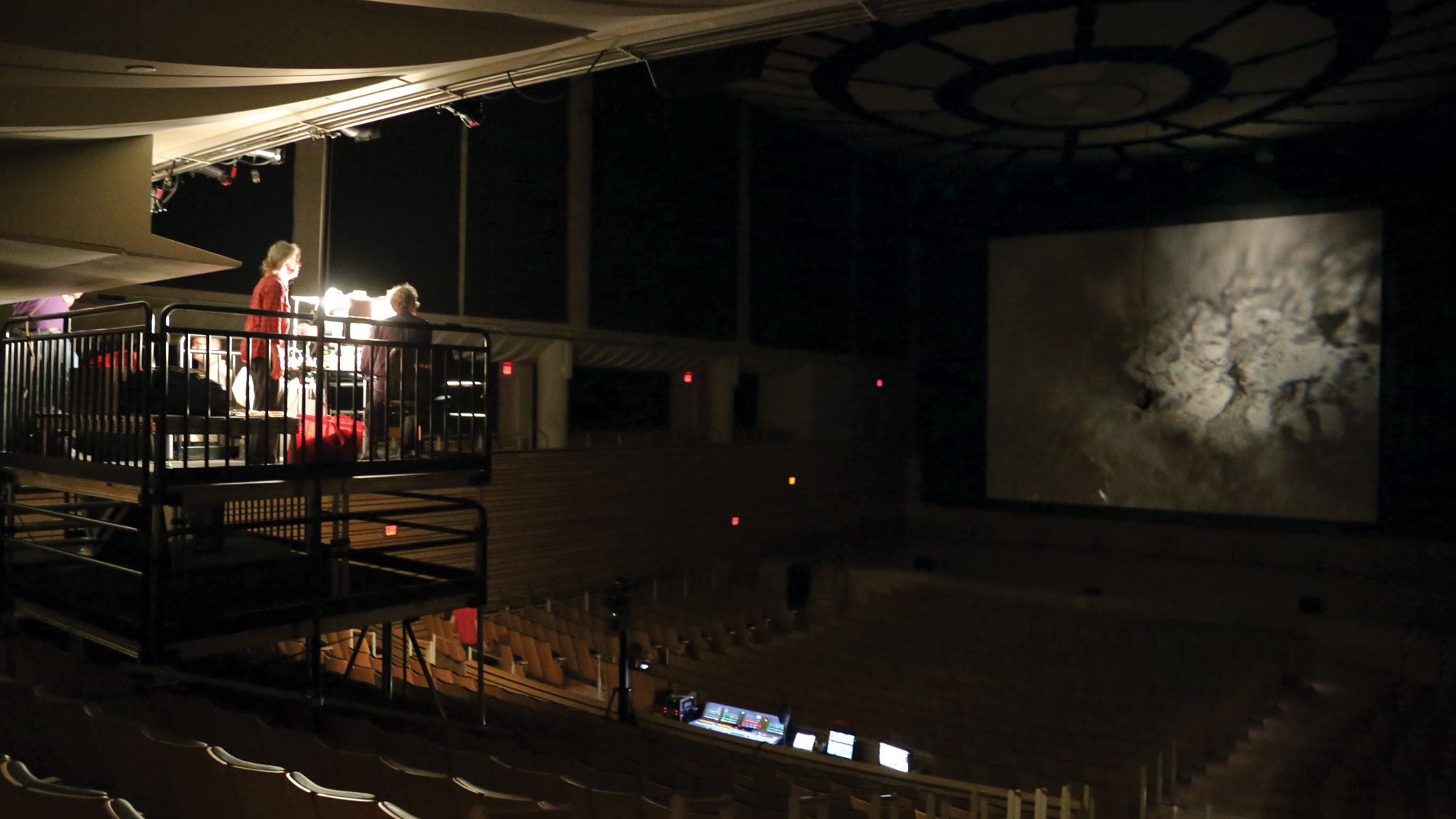 “Silent cinema was never this silent. This is hands-on projection with projectionist as main moving part. Objects are manipulated within this essence of a machine while, onscreen, we see a vast 3D churning and morphing that could have been made to happen before the invention of film and film-transport devices. And perhaps they were, but minds were not ready for the results.”

"Along with magician's assistant Flo, I have presented live film-performance since 1975 but other spectacles before that, including 3D shadowplay (with shadows reaching into the audience), in an ongoing investigation of "expanded cinema". This will be a performance with the Nervous Magic Lantern, a device so elemental it puts us in the running with the very earliest inventors of cinema. You will see Abstract Expressionism in depth, monster-creations of dark and light forming and reforming without film or electronics, live! and without 3D spectacles but with 3D available to be seen even by the single-eyed. A projection of evolving and moving, twisting and turning dimensional forms that could've happened before the invention of film, though Abstract-Expressionism had to come first to prepare minds. Light will pulse throughout, not to everyone's pleasure, but no pulse/no hallucination. (Do not prepare with drugs, the Nervous Magic Lantern is the drug.) Accompanied by the surround-sounds of the New York subway and its joyful inhabitants."

Time Squared, one of avant-garde film pioneer Ken Jacobs’ iconic Nervous Magic Lantern performances, uses projected light, the most basic ingredient of cinema, to create hallucinatory optical effects. Colored slides, a lens, and a spinning shutter are hand-manipulated by the artist—assisted by Florence Jacobs—to animate the patterns reflected onto the screen, creating stereoscopic effects without celluloid or video. Alongside numerous film and video productions, and extensive work with 3D filmmaking techniques, Jacobs has explored the histories and technologies of the moving image through projector performances for the past five decades, both in shadow plays and with The Nervous System—an apparatus consisting of two 16mm projectors with identical strips of film that create the illusion of spatial depth. Time Squared Nervous Magic Lantern performance is by Ken Jacobs, assisted by Florence Jacobs. Sound gathered from the New York Subways.

Ken Jacobs is a pioneer of the American film avant-garde and a central figure in post-war experimental cinema. His films, videos, and performances have been received at such international venues as the Berlin Film Festival among many others; and MOMI, the Whitney, and MoMA, New York City. He was a featured filmmaker at the International Film Festival Rotterdam in 2004, and Courtisane Festival, Ghent, in 2014.