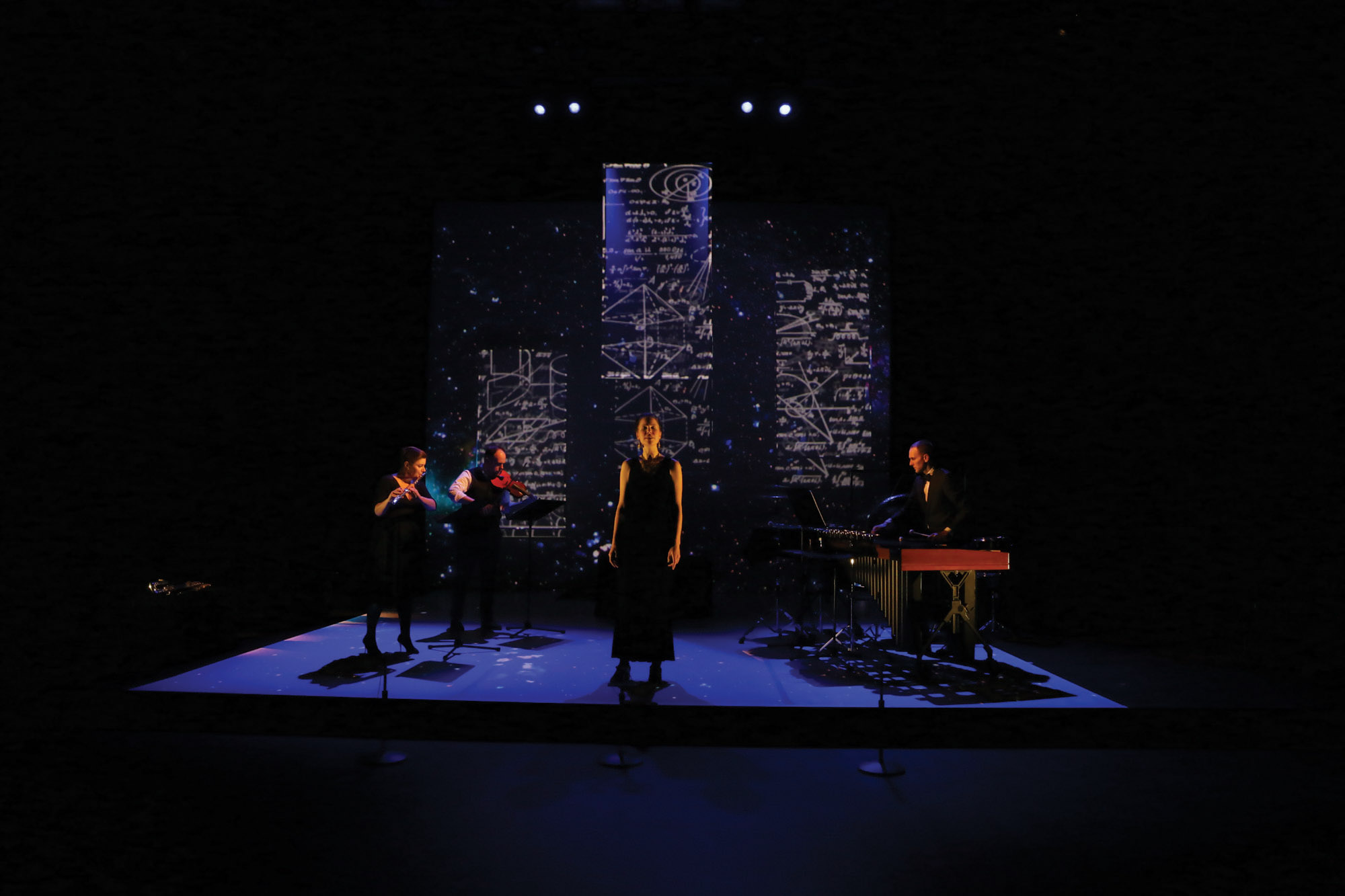 Ipse dixit /IP-suh DIK-sit/: noun (Latin).
Literally "he, himself, said it."
An uproven yet dogmatic statement, which the speaker expects the listener to accept as valid without proof beyond the speaker's assumed expertise.
Ipsa dixit:
"she, herself, said it . . ."

Ipsa Dixit is an evening-length work of theatrical chamber music by American composer Kate Soper. Exploring the intersection of music, language, and meaning, the piece blends elements of monodrama, Greek theater, and screwball comedy to skewer the treachery of language and the questionable authenticity of artistic expression. Each of the piece’s six movements draw on texts by thinkers such as Aristotle, Plato, Freud, Wittgenstein, Jenny Holtzer, and Lydia Davis, delivering ideas from the linguistic disciplines of poetics, rhetoric, and metaphysics through extended vocal techniques and blistering ensemble virtuosity. Developed in pieces since 2010, Soper’s EMPAC residency culminated in the first performance of the work’s entire cycle.

After premiering at EMPAC, Ipsa Dixit was nominated for the Pulitzer Prize in music.