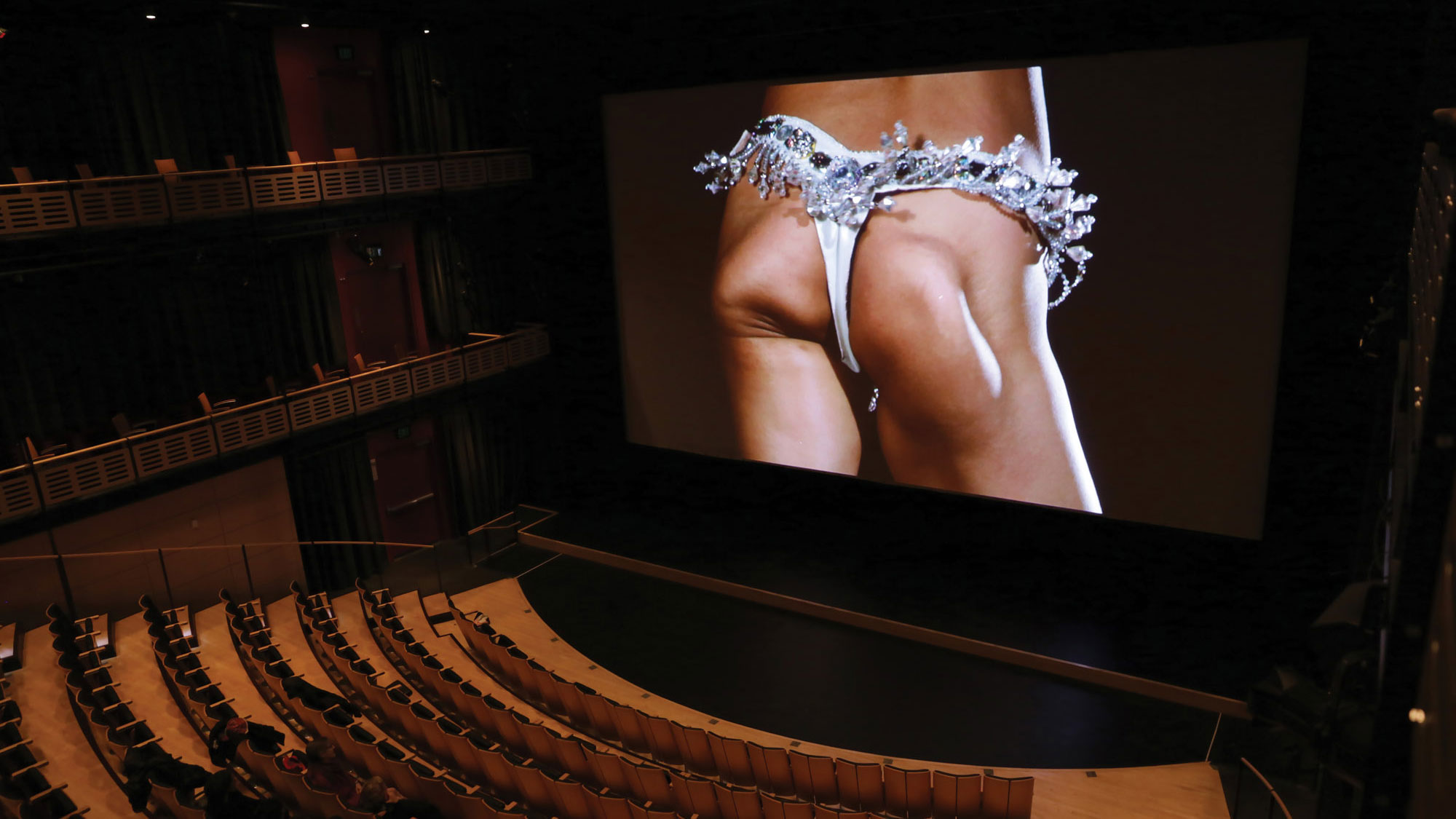 A presentation of five dance films, commissioned or developed at EMPAC. Three of the works were supported by the DANCE MOViES Commission—experimental dance works for the screen, which vary widely in content and form, yet are united by the fact that they are crafted by a choreographer or movement-based artist. Commissions were awarded through a competitive open-proposal process conducted annually and supported bythe Jaffe Fund for Experimental Media and Performing Arts.

Seline Baumgartner: Nothing Else (DANCE MOViES 2014/15) This installation for Studio 2 featured dancers over the age of 50 and approached age and the inability to move with agility not as a disadvantage, but as a conceptual framework for choreography.

Orit Ben-Shitrit: Ward of the Feral Horses (DANCE MOViES 2014/15) Rooted in our current technological anxiety and cognitive capitalism—
employing semiotics to produce personal social capital—Ward details the schizophrenic collapse of a mind trapped in the apparatus.

chameckilerner: ESKASIZER & Samba#2 This installation for Studio 1 featured four women of various age, heritage, and shape. Using high-speed video equipment, the film zooms in to the point of abstraction, resulting in a dance of the flesh.

Dana Gingras: Chainreaction A collision of dance, animation, and sound that juxtaposes the movements of live performers with the motion of animated projections in a continuous, interactive evolution of action and reaction.

Marianne Kim: Lost & Found (DANCE MOViES 2014/15) Lost & Found encounters a man in the midst of an internal crisis. During his wandering fugue state, he ruminates about fugue music and the vision quest a young J.S. Bach took on foot from his home in Arnstadt to Lübeck to hear the music of Dietrich Buxtehude.