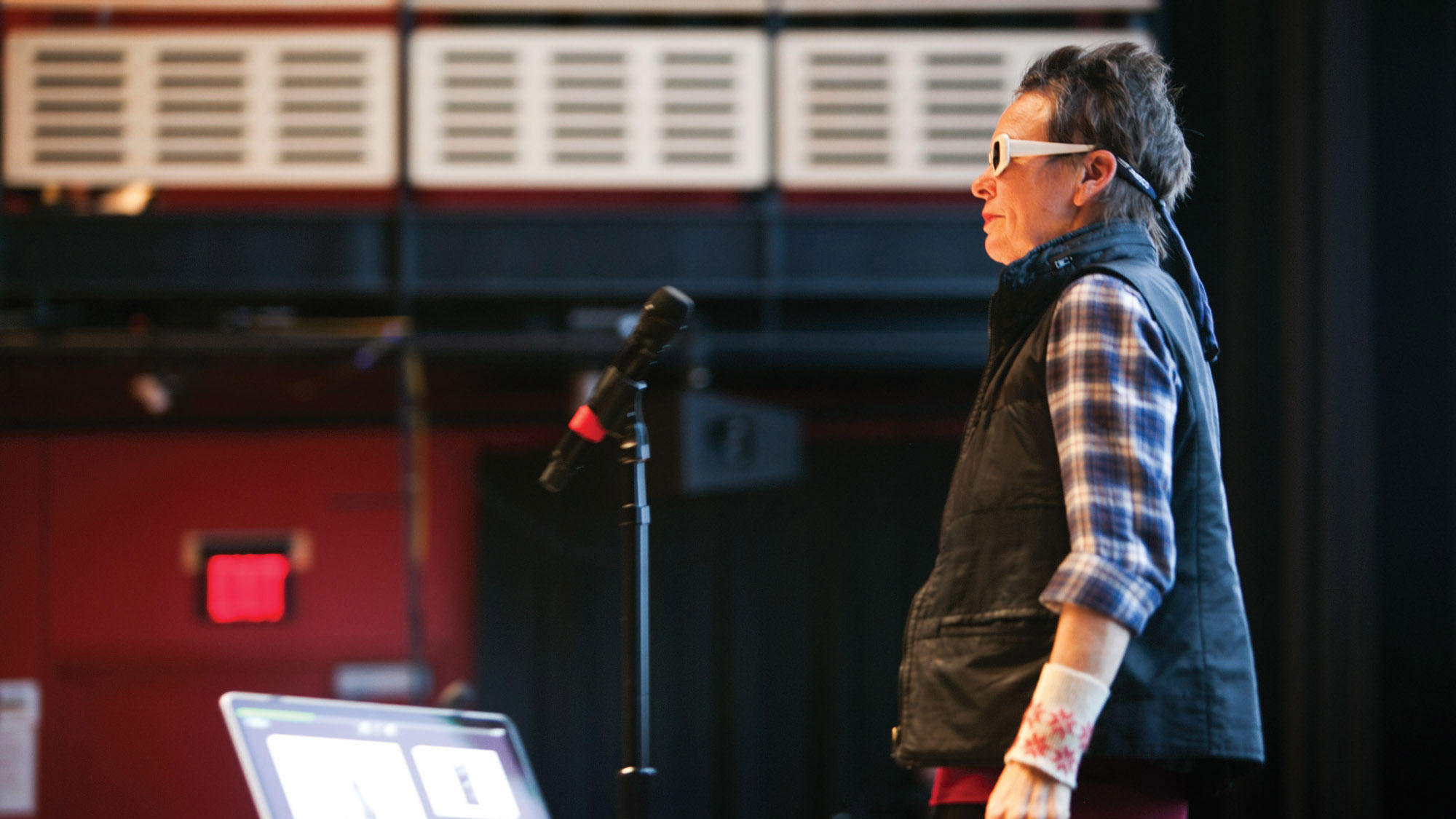 One of America’s most renowned performance artists, Laurie Anderson’s genre-crossing work encompasses performance, film, music, installation, writing, photography, and sculpture. She is widely known for her multimedia presentations and musical recordings and has numerous major works to her credit, including United States I-V (1983), Empty Places (1990), Stories from the Nerve Bible (1993), Songs and Stories for Moby Dick (1999), and Life on a String (2001), among others. She has taken part in countless collaborations with an array of artists, from Jonathan Demme and Brian Eno to Bill T. Jones and Peter Gabriel.

Main Image: Anderson in the theater for a talk in 2013. Photo: Mick Bello. 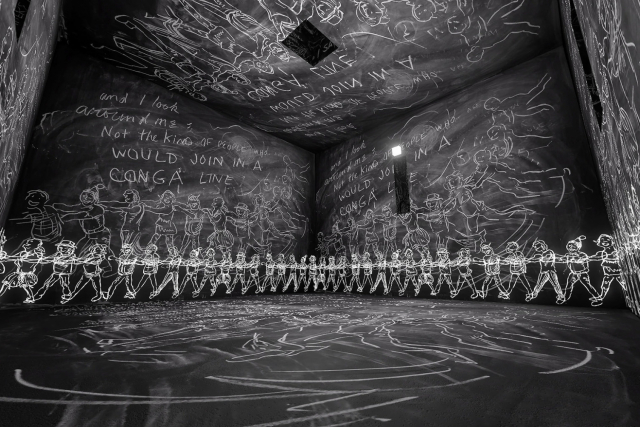 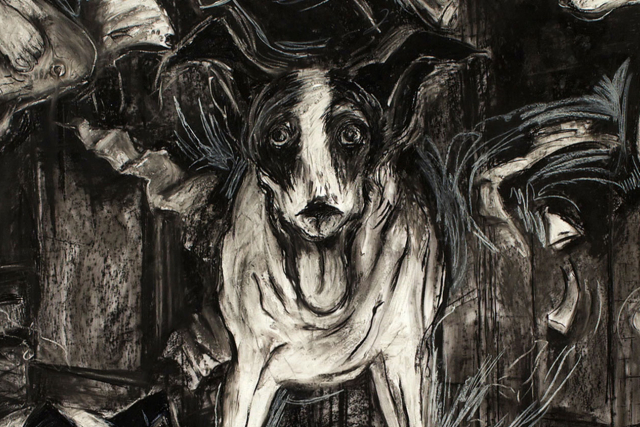 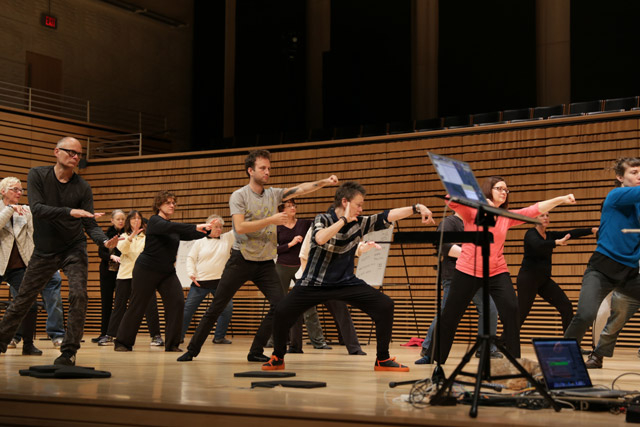 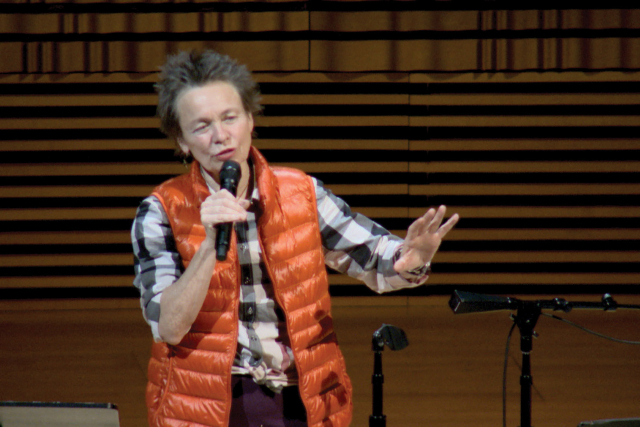 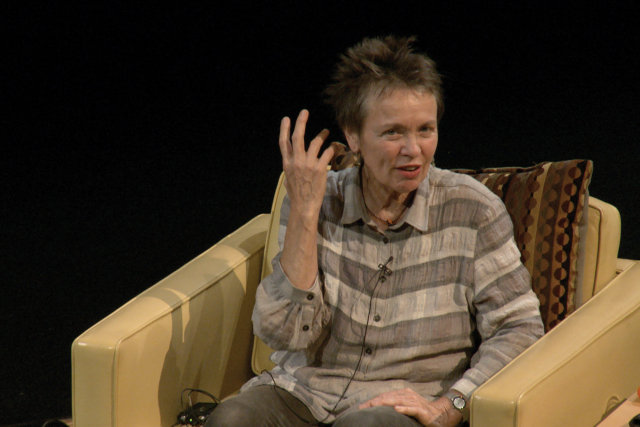 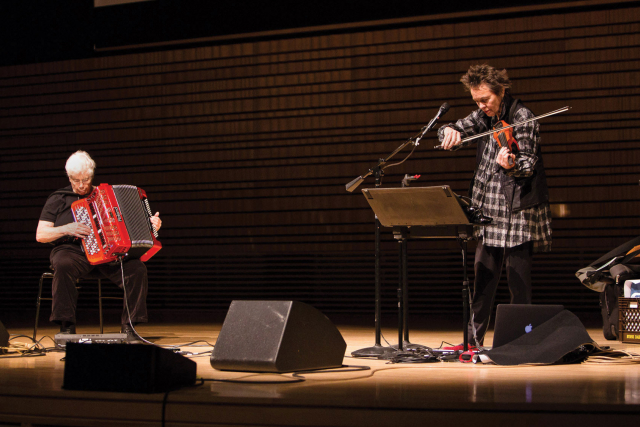 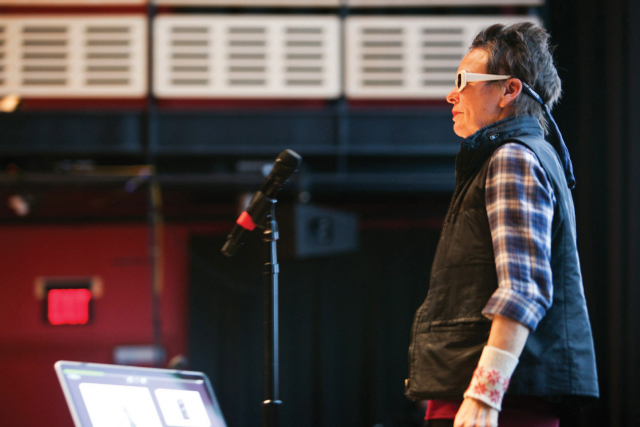 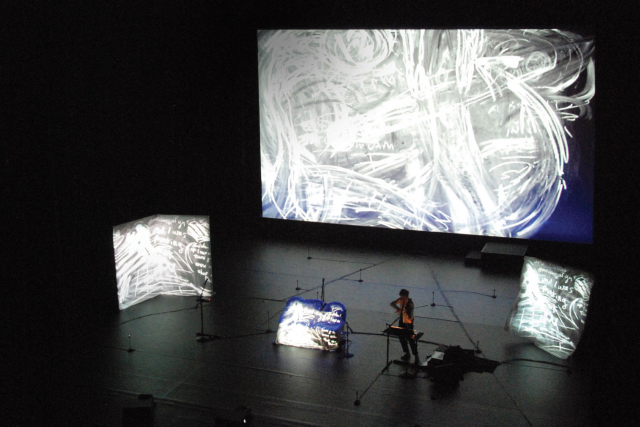