Dieter Roelstraete is Manilow Senior Curator at the Museum of Contemporary Art Chicago, where he recently organized Goshka Macuga: Exhibit, A (2012), The Way of the Shovel: Art as Archaeology (2013), and Simon Starling: Metamorphology (2014).

From 2003 until 2011 he was a curator at the Antwerp Museum of Contemporary Art (MuHKA), where he organized large-scale group exhibitions as well as monographic shows, including Emotion Pictures (2005); Intertidal, a survey show of contemporary art from Vancouver (2005); The Order of Things (2008); Liam Gillick and Lawrence Weiner—A Syntax of Dependency (2011); A Rua: The Spirit of Rio de Janeiro (2011); Chantal Akerman: Too Close, Too Far (2012) and the collaborative projects Academy: Learning from Art(2006), The Projection Project (2006), and Kerry James Marshall: Paintings and Other Stuff (2013).

In 2005, Roelstraete co-curated Honoré d’O: The Quest in the Belgian pavilion at the 51st Venice Biennale. He has also organized solo exhibitions of work by Roy Arden (Vancouver Art Gallery, 2007) and Steven Shearer (De Appel, Amsterdam, 2007), as well as group shows in galleries and institutions in Belgium, Germany and Mexico. From 2007 until 2011 he taught at De Appel’s curatorial training program in Amsterdam and at the Piet Zwart Institute in Rotterdam. 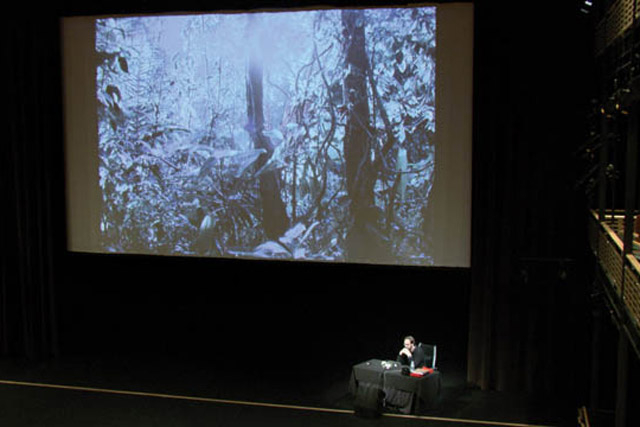 Talk
Dieter Roelstraete
Dust to Digital: Loose Remarks on the Economy of “Craft”