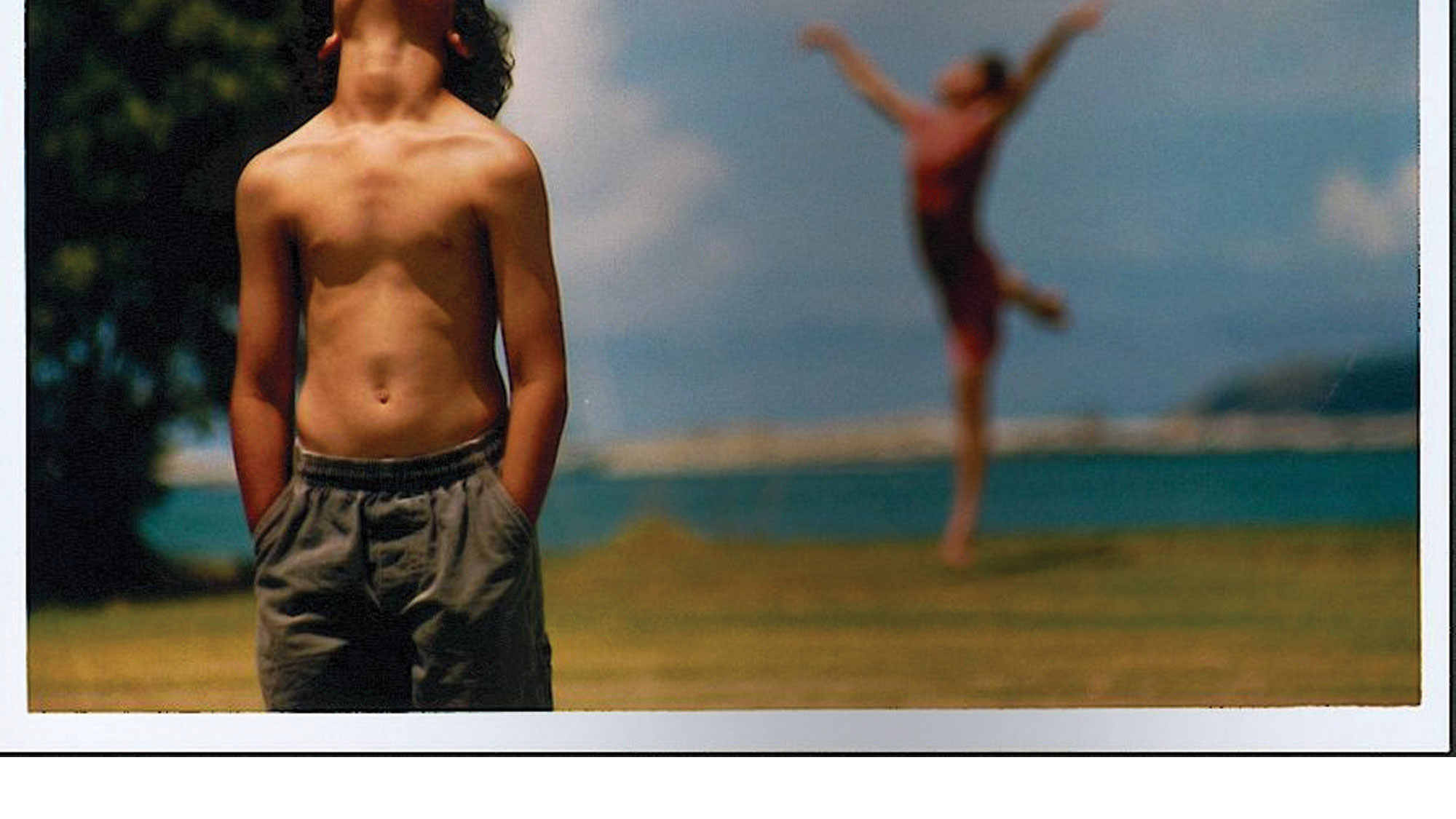 DANCE MOViES: An ongoing EMPAC series showing the latest, daring work made by contemporary dancers creating short films and experimental videos. DANCE MOViES 5: International dance films on the football field, projected on a large screen, under the stars. Includes the stylings of hip-hop and skateboard dancer Bill Shannon, a high-octane solo in the city streets of Uruguay, a couple defying the laws of gravity in New Zealand, a meditation on high diving in Norway, and the lush film Counter Phrases, by Belgian choreographer Anne Theresa de Keersmaker, filmed in flowering formal gardens to five commissioned scores by contemporary composers.

2005, 14' (New Zealand). Written, directed and choreographed by Shona McCullagh Performed by Ursula Robb, Thomas Kiwi and Arlo Gibson Music by David Long Set in rural New Zealand, a nine-year-old boy and his parents struggle with an impending change. As their familiar world turns upside down, gravity seems to shift too. This film is an emotional and sensitive portrait of a family in turmoil.

The Art of Weightlessness: excerpt

2003, 4' (USA). Directed by DB Griffith Performed by Bill Shannon Bill Shannon has made his name as a skateboard-hip-hop dancer and choreographer, and is also know as the Crutchmaster. DB Griffith captures him musing on his crutches by the seaside, slipping through the air as though escaping gravity's hold.

2005, 5' (Norway). Directed by Torbjørn Skårild Performed by Knut Eivind Reinertsen Sound by Nina Skogtrø As simple a set up as can be: a man dives from a diving board. And yet through the use of rhythmic cuts, edits, sounds, and constantly changing perspectives, this video builds an almost cubist refraction of the simple act of diving into a pool of water.

2004, 3' (UK). Choreographed, directed and animated by Magali Charrier Performed by Allison Rees-Cummings, Barbara Lindenberg, Barbara Pallomina Music and sound design by Jules Maxwell Commissioned by South East Dance, Moving Pictures Festival of Dance On Film and Video, Channel 4 and Bravo Fact. Tra La La is a poetical reflection on the ephemeral nature of innocence and childhood. It magically combines live action with chalk drawing animation to create a black and white tale where three young women lead us through the lost imaginary realm of their past.

2005, 5' (Uruguay). Directed by Octavio Iturbe Based on the solo While going on a Condition, created and performed by Hiroaki Umeda. Against the dramatic city backdrop of Montevideo, Uruguay, Umeda's fluid and subtle solo flickers against the hard lines of the buildings. A study of the human body in the urban landscape.

2000, 27' (Belgium). Directed by Thierry de Mey Choreography by Anne Teresa De Keersmaeker Based on the stage work "(But if a look should) April Me" Performed by ROSAS (dance) and the Ictus Ensemble (music) Counter Phrases, made by long-time collaborators Anne Teresa De Keersmaeker and Thierry de Mey, features dancers from ROSAS with original music commissioned from ten contemporary composers. We are showing only the second half of the film.

Thierry de Mey is a film-maker, visual artist and composer who often works with dancers and choreographers on performance and film projects. Rosas, directed by Anne Teresa de Keersmaeker, is a contemporary dance company based in Brussels, which creates film and stage works and tours internationally. ICTUS is a Brussels-based contemporary-music ensemble housed in the buildings of the dance company Rosas since 1994 and in residence at the Lille Opera since 2003.

Special thanks to all the artists and filmmakers, to Janine Dijkmeijer of Cinedans (Amsterdam), everyone at South East Dance (Brighton), Dara Greenwald, and Deirdre Towers of the Dance Films Association (NYC). This program was partially drawn from titles shown in the Cinedans festival in Amsterdam, and in the Dance Films Association's annual Dance on Camera festival co-sponsored by the Film Society of Lincoln Center with the support of the National Endowment for the Arts.