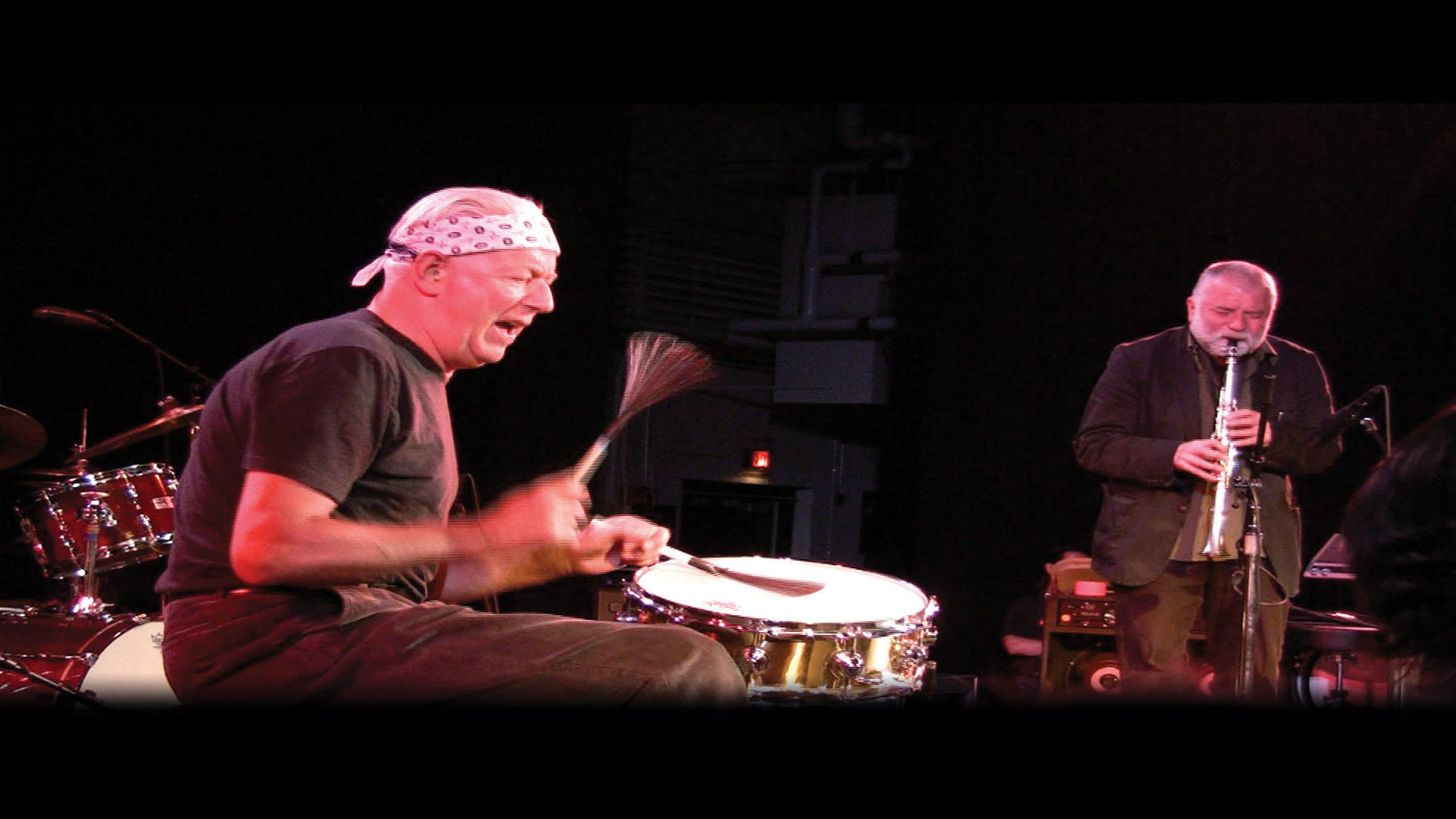 Between a Rock and a Tiny Bell

Between a Rock and a Tiny Bell is a night of bands and solo performances whose work creates unlikely, powerful, and in many cases loud, synergies between divergent musical legacies.

These are people who have gone beyond “fusion” or “polystylism” to create a new identity from seemingly irreconcilable forces. Spend an evening with new alchemies of punk, heavy metal, complexity, Scottish traditional music, 70s psychedelia, and (gasp) gritty minimalism. This concert is part of Rensselaer’s celebration of the 50th Anniversary of granting degrees in the Humanities.

Main Image: Han Bennink and Peter Brötzmann in the Armory in 2008 during Between a Rock and a Tiny Bell​​​. Video still: EMPAC.