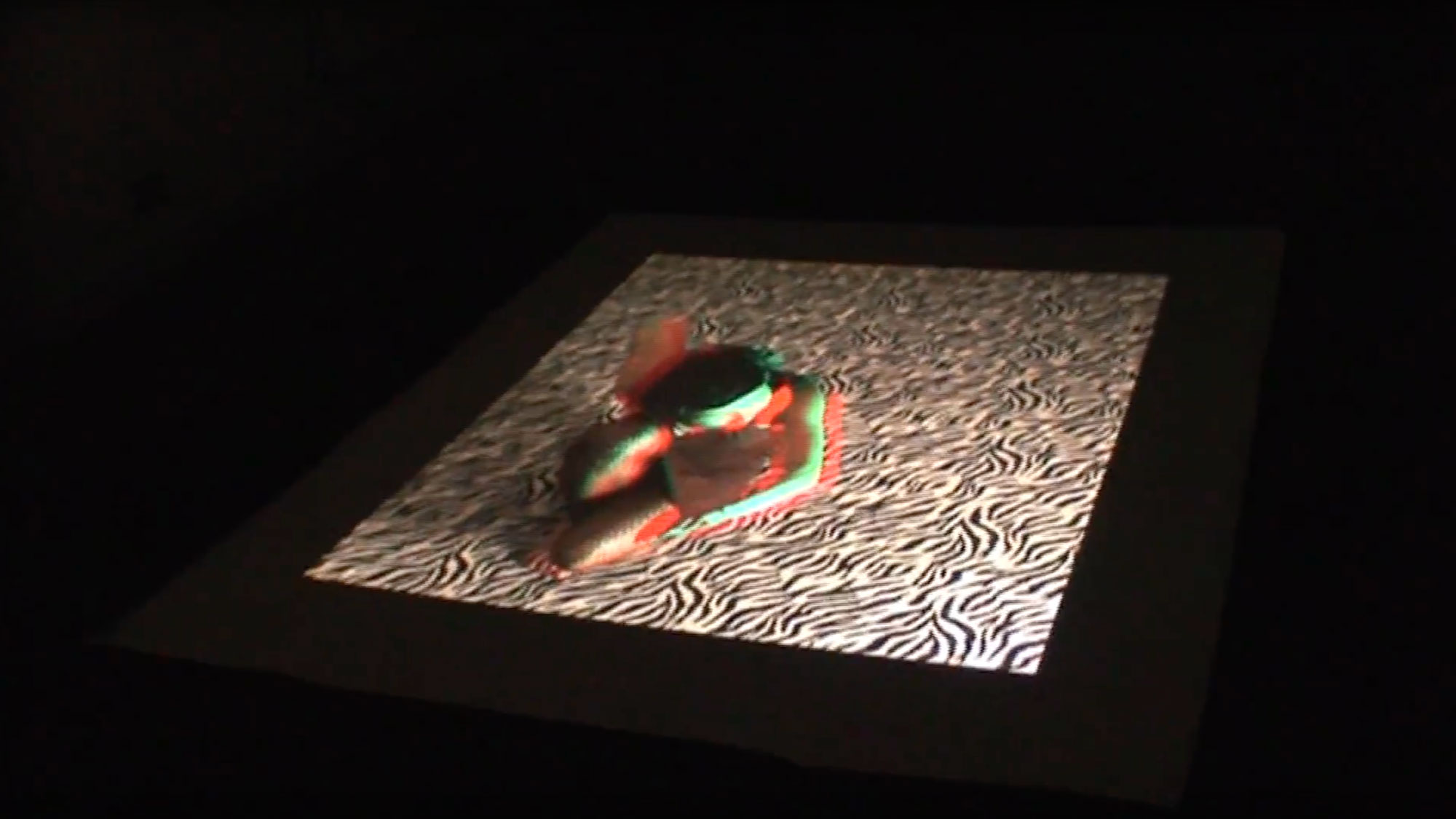 “The most uncanny thing I have ever seen…” — Deborah Levy, Novelist

“A woman comes slowly towards you from the floor. Her meditative and soft energy involves you into her world and brings you to another dimension of the space. It’s as if you could touch her – a magical experience.” — Suzy Blok, Artistic Director — I Like to Watch Too (Amsterdam 2007)

The audience enters a darkened space wearing blue/red anaglyph 3D glasses. On reaching their designated spot they are surprised to see a dancer on the ground in front of them. Although she is in fact a projection (a Spectrefilm), she appears to be actually in the space, solid and real; she is there, in effect, ‘in the flesh’.