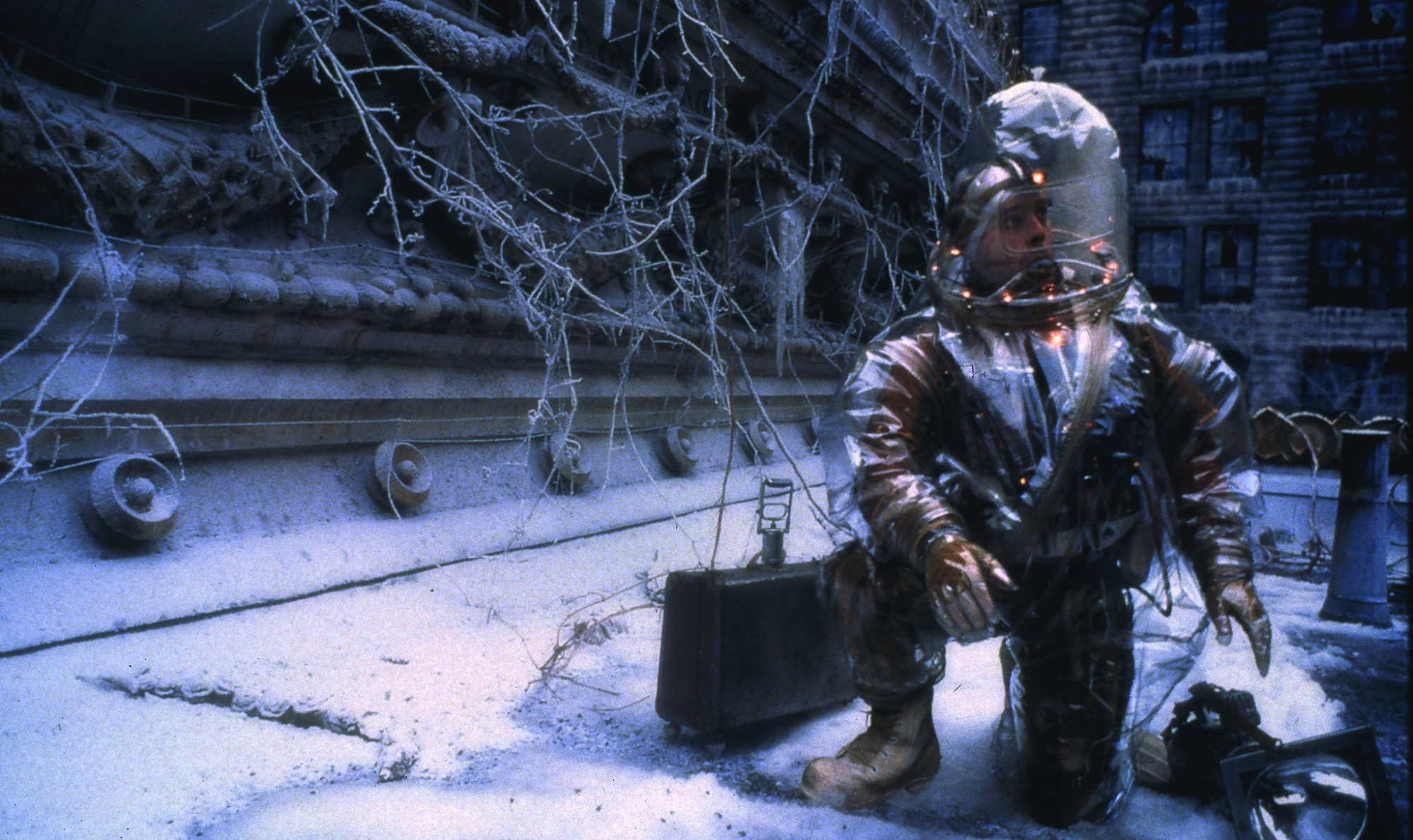 12 Monkeys, Terry Gilliam’s apocalyptic science fiction film, imagines a future ravaged by disease. In Gilliam’s dystopian vision, John Cole (played by Bruce Willis) travels back to 1990 to gather information about the man-made virus that will wipe out the majority of humanity in 1996. Inspired by Chris Marker’s La Jetée, the film’s narrative is structured by a parallel temporal loop.

Terry Gilliam is an American-born British screenwriter, film director, and animator. Originally known for his fantasy animations in the television series Monty Python’s Flying Circus (1969–74), he went on to work in film, directing such imaginative adventures as Jabberwocky (1977), Time Bandits (1981), Brazil (1985), The Adventures of Baron Munchausen (1988), The Fisher King (1991), Fear and Loathing in Las Vegas (1998), and The Brothers Grimm (2005). Gilliam’s films often include fantastical plotlines where the sanity of his characters is questioned.