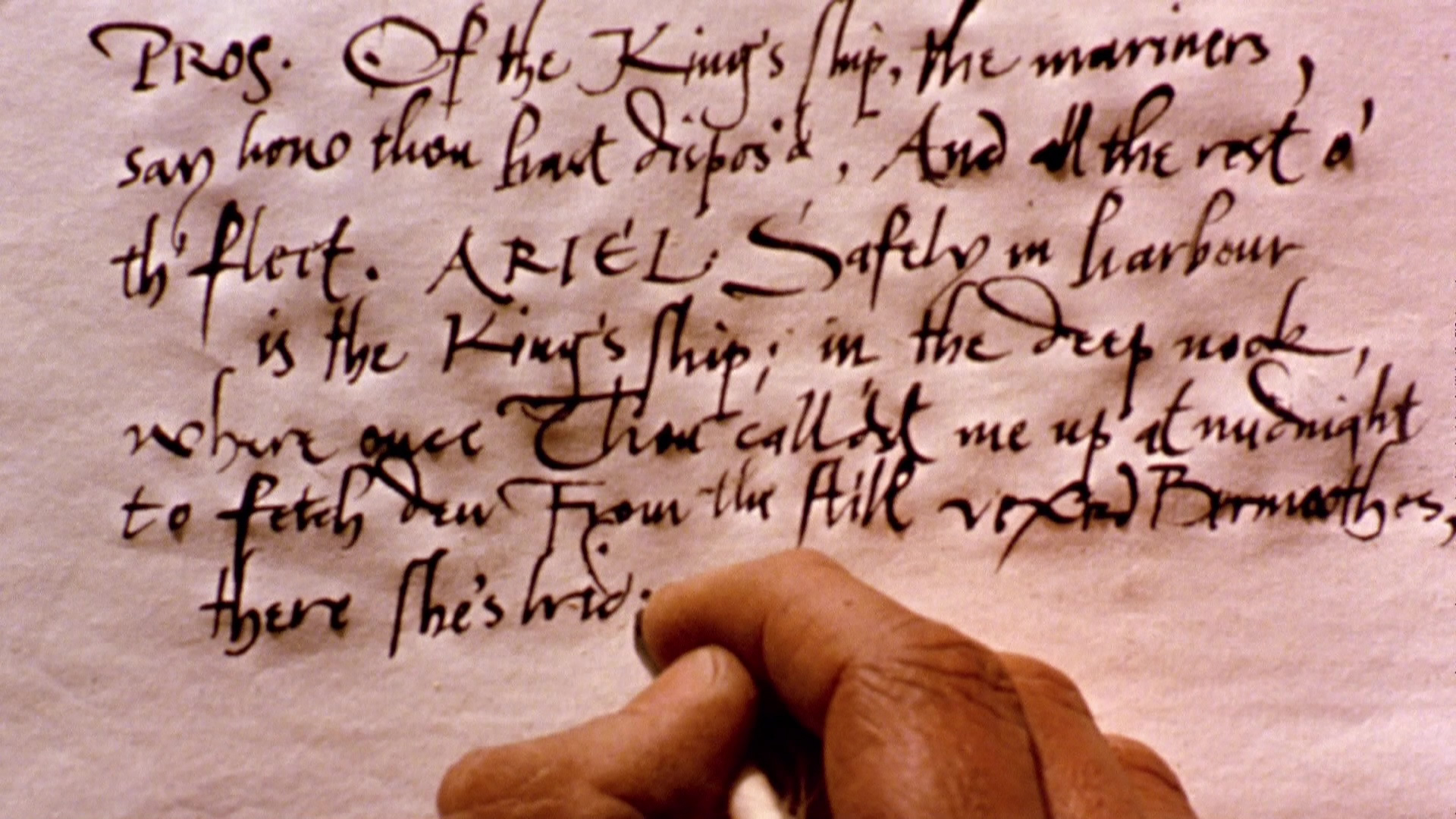 Prospero's Books, Peter Greenaway's celebrated cinematic adaptation of Shakespeare's The Tempest, interweaves dance, opera, and mime into its narrative. A palimpsest of filmed and animated images, Prospero's Books, starring John Gielgud as Prospero, the former duke of Milan who was exiled with 24 of his books, was a pioneering work in the digital manipulation of the cinematic image.

Warning: this film contains nudity and may not be suitable for some audiences.

Cinematic Chimera presents works that strive for a radical synthesis of artistic genres, reviving the notion of the Gesamtkunstwerk, or total artwork. United by their integration of theater, dance, music, architecture, literature, and visual art, these films also realize the Gesamtkustwerk’s technological imperative by making use of advanced cinematic techniques.