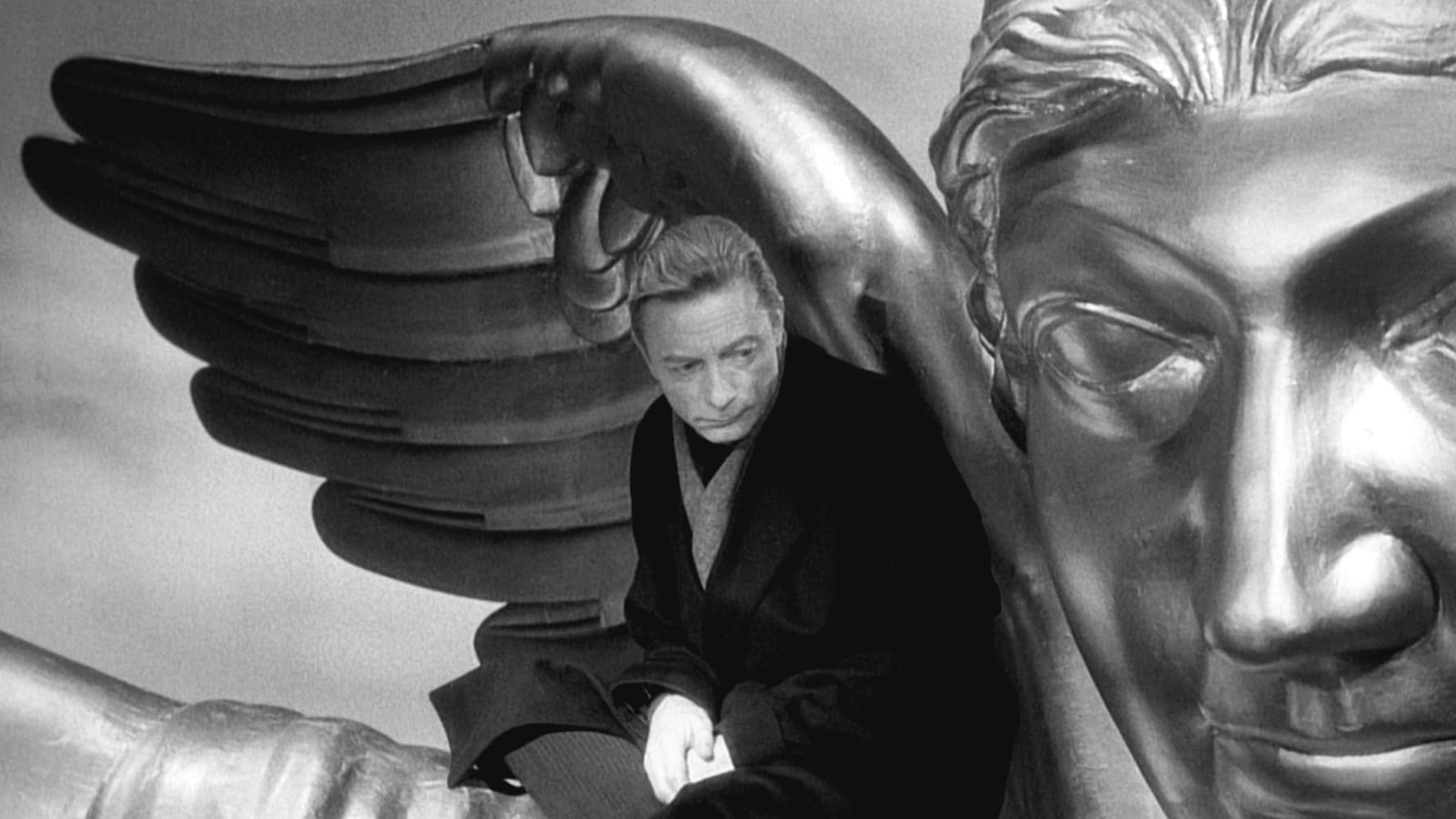 “It’s surprising how beautifully Wings of Desire holds up twenty-plus years after its release. At once rarefied and accessible, with a singular visual style that’s impossible to carbon-date, Wings has earned its place alongside the likes of The Seventh Seal and The 400 Blows.” —Jessica Winter, Slate “Rilke-inspired interior monologues; Henri Alekan’s gorgeous black-and-white cinematography; a glorious score, rich with cellos and angsty choral music—Wim Wenders mixed these ingredients together for Wings of Desire, his 1987 art-house classic about heavenly creatures keeping grim watch over late-communist-era Berlin.” —Darrell Hartman, Interview

Wings of Desire is Wim Wenders' award-winning existential film about angels who silently watch over all of humanity, and guide individuals through the trials of their daily lives. The film follows the angel Damien (Bruno Ganz) as he falls in love with a trapeze artist and strives to relinquish his immortality to join her on earth. The film is divided between the angels, which exist outside of time, and humanity, which exists within it, showing these different temporal states through shifts between color and black-and-white film. In his notes for Wings of Desire, Wenders commented on how difficult it would be to be an angel: “To live for an eternity and to be present all the time. To live with the essence of things—not to be able to raise a cup of coffee and drink it, or really touch somebody.”

Wim Wenders is one of the leading representatives of new German cinema. He enrolled in the University of Television and Film in Munich in 1967, and was deeply influenced by the new American underground, a genre of filmmaking derived from Andy Warhol’s films featuring long, uneventful scenes with an open narrative. Wenders was one of the 15 directors and writers who in 1971 founded the Filmverlag der Autoren to handle production, rights, and distribution of their films. His first professional film was an adaptation of Peter Handke’s novel The Goalkeeper’s Fear of the Penalty, for which he was awarded the Prize of the International Federation of Film Critics in Venice. Other notable films include Lightening Over Water (1980); Wings of Desire (1987), for which he was awarded Best Director at Cannes, the European Film Festival, and German Film Awards; Until the End of the World (1991); Faraway, So Close! (1993); The End of Violence (1997); Buena Vista Social Club (1999); The Million Dollar Hotel (2000); and most recently, the 3-D film Pina (2011).

In the 1990s, Wim Wenders became chairman and then president of the European Film Academy. Since 2003, he has been a professor at the College of Fine Arts in Hamburg.