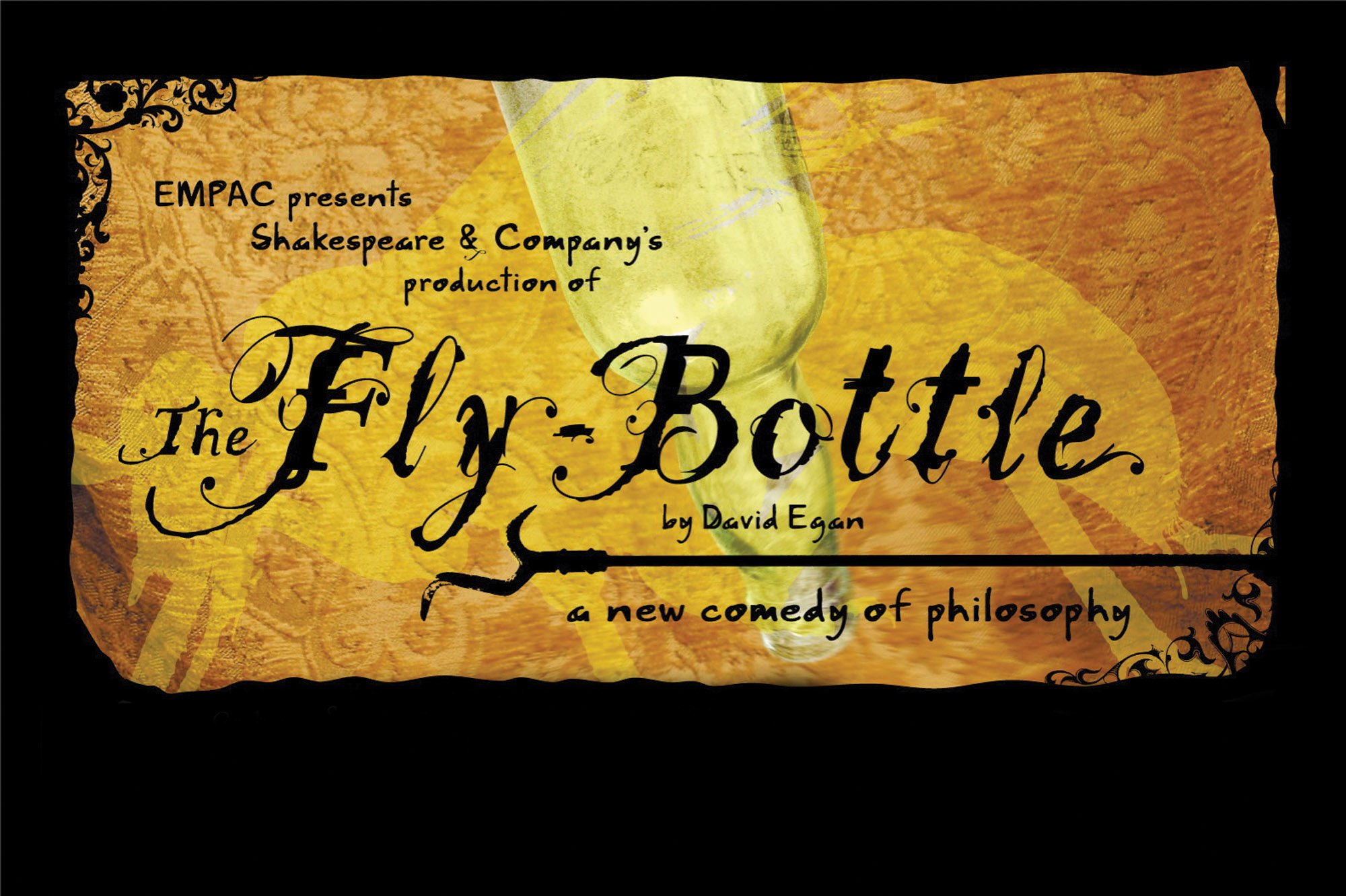 Two of the major initiatives of the Renaissance at Rensselaer Polytechnic Institute are the Center for Biotechnology and Interdisciplinary Studies and the Experimental Media and Performing Arts Center. EMPAC will open in 2008. The ribbon cutting for the biotechnology building will take place Sept. 10, 2004. In conjunction with the opening of the biotechnology center, EMPAC invites Shakespeare & Company (Lenox, Mass.) to perform The Fly-Bottle.

The Fly-Bottle by David Egan is based upon a factual, explosive event between three of the last century's greatest minds: Ludwig Wittgenstein, Karl Popper and Bertrand Russell. Egan's comedy of philosophy, developed at Shakespeare & Company, was first performed as a work-in-development at MASS MoCA and Boston Playwrights' Theater before opening in 2003 to critical acclaim at Shakespeare & Company in the Berkshires.

Wittgenstein was the club's chairman and Popper the invited speaker. Russell was in attendance. Speaker and chairman had never met before, and the two were in the same room for only ten minutes before Wittgenstein stormed out in a rage. The two are said to have engaged in a heated exchange that culminated in Wittgenstein's vigorously gesturing with (some say brandishing) a poker that hung by the fireplace. Eyewitness accounts differ considerably, and the play confronts this disparity by examining the event from multiple perspectives. One of those eyewitnesses was Bertrand Russell, the eminence grise of British philosophy who had a profound impact on the lives and thinking of both Popper and Wittgenstein. All three philosophers have influenced the philosophy of science and, thus, science itself.

"In scrutinizing the triangle of mutual mistrust and respect between these three philosophers, the play explores the complex matrix of the history, philosophy, and psychology behind the ideas that shaped our world," says Egan. "Nearly 30 years later (Wittgenstein safely dead), Popper bemusedly retold his version of events in his autobiography. The story was met with outrage by Wittgenstein's devoted followers, and a heated exchange ensued between Popperians and Wittgensteinians in the pages of the Times Literary Supplement with overtones that prefigure Jerry Springer. Those ten minutes at the Moral Science Club have had no discernable impact on the course of Western philosophy and yet they have been made the subject of memoirs, articles, a best-selling book, and now a full-length play."

SIR KARL RAIMUND POPPER (1902-1994) was one of the great polymaths of 20th Century scholarship. He wrote with equal ease on quantum mechanics, music, sociology, and probability theory. He is famous for espousing a philosophy of critical realism, according to which we gain in knowledge and understanding by opening our views to criticism and revision. Those who knew Popper describe him as an insufferable megalomaniac who would be enraged by the slightest dissent.

BERTRAND RUSSELL, 3RD EARL AMBERLEY (1872-1970) philosopher, social activist, and Nobel laureate, was one of the great public intellectuals of the 20th century. One of the founders of the analytic tradition in Anglo-American philosophy, he wrote beautifully and exhaustively, promoting the virtue of happiness through calm, detached reasoning. Unable to realize this virtue himself, Russell married four times, quarreled with his friends, and emotionally abused his children and grandchildren.

LUDWIG WITTGENSTEIN (1889-1951) published only one book of philosophy, totaling 70 pages, during his lifetime, and yet is regarded as one of the greatest geniuses the discipline has ever known. His later philosophy emphasizes that human understanding is grounded in shared practices and conventions, such that we must understand others if we hope to understand ourselves. Wittgenstein himself shared very little in common with others, and his eccentricities alienated him from all but a small handful of close friends.

Dave Demke is the Company's associate director of training and has appeared in THE MILLIONAIRESS, SUMMER, ETHAN FROME and in THE SCARLET LETTER at Shakespeare & Company.

Dennis Krausnick, a founding member of Shakespeare & Company and its director of training, has recently acted in CORIOLANUS (Menenius), THE TEMPEST (Alonso), and LOVE LABOR'S LOST (Boyet).