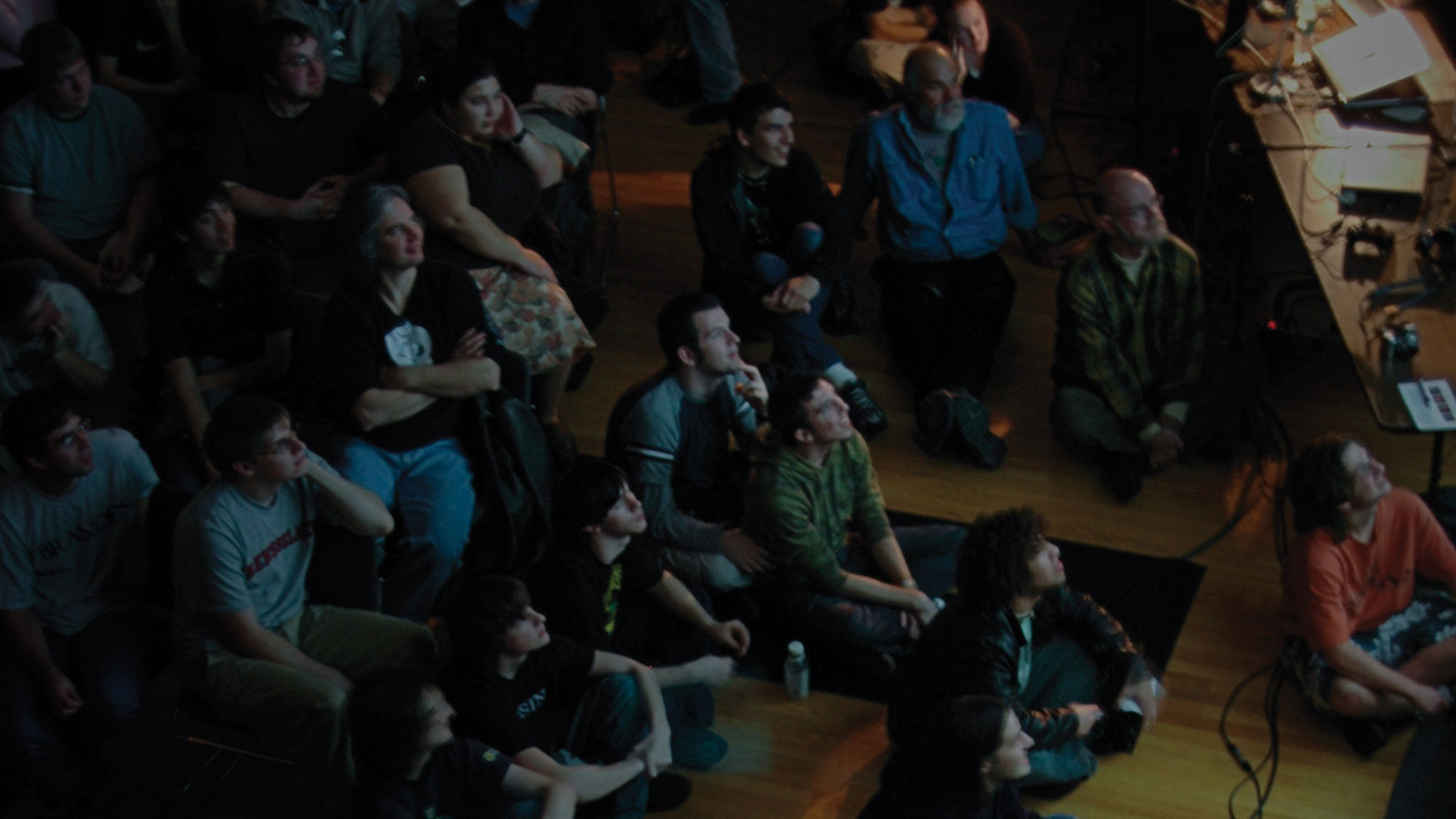 Fair Game features artists who use video game engines to create work that spans the landscape of cinema, video gaming, hacker art, immersive installation and software development. Unlike the usual panel discussion format - the night will include demos, show and tell presentations, film screenings, and of course, game playing. Watch the video games being played on MASSIVE screens, and then see how artists manipulate the software engines to create their own work entirely by using the tools of these virtual worlds.

Kurt Hentschläger — will present his new audio-visual instrument and give a short live demonstration, with reference to his performance FEED, which premiered this September at the Theater Biennial in Venice. Friedrich Kirschner — will present ways in which the Unreal Tournament 2004 game engine has been modified to use it as a tool for animated movie productions, realtime audio-visual performances and other art related projects. Kirschner will give a brief overview of the tools generated through modifications made within the game's scripting environment as well as present some of the results of this work. Paul Marino (Executive Director, Academy of Machinima Arts ) — With the expanding accessibility and proliferation of computer game/virtual world technologies, an increasing amount of users have been using these interactive platforms as the basis for creative expression. Thus a young medium, known as Machinima, is breeding a new generation of digital filmmakers - creators who are crafting narratives that merge legacy cinema with newer production methods. The lecture will look at several examples of Machinima, showing its steady growth and how it is democratizing animated filmmaking. The ILL Clan — will be doing a live interactive machinima performance of their new show, Trash Talk with ILL Will. For a preview of the show, visit http://trashtalk.illclan.com or http://www.illclan.com/movies.htm for previous shorts by the ILL Clan. Workspace Unlimited — The Workspace Unlimited collective will present the Virtual World of Art project, a series of networked virtual worlds connected to physical public spaces. The collective will demonstrate a live walkthrough of its projects, comment the concepts and art works relating to game technology, social networks and hybrid space. The Fair Game event modules will be preceded by expert gamers from Rensselaer's Games Research Lab playing the games that the presenting artists are using to make their work (Unreal Tournament and Quake 3) on oversized screens for the audience.