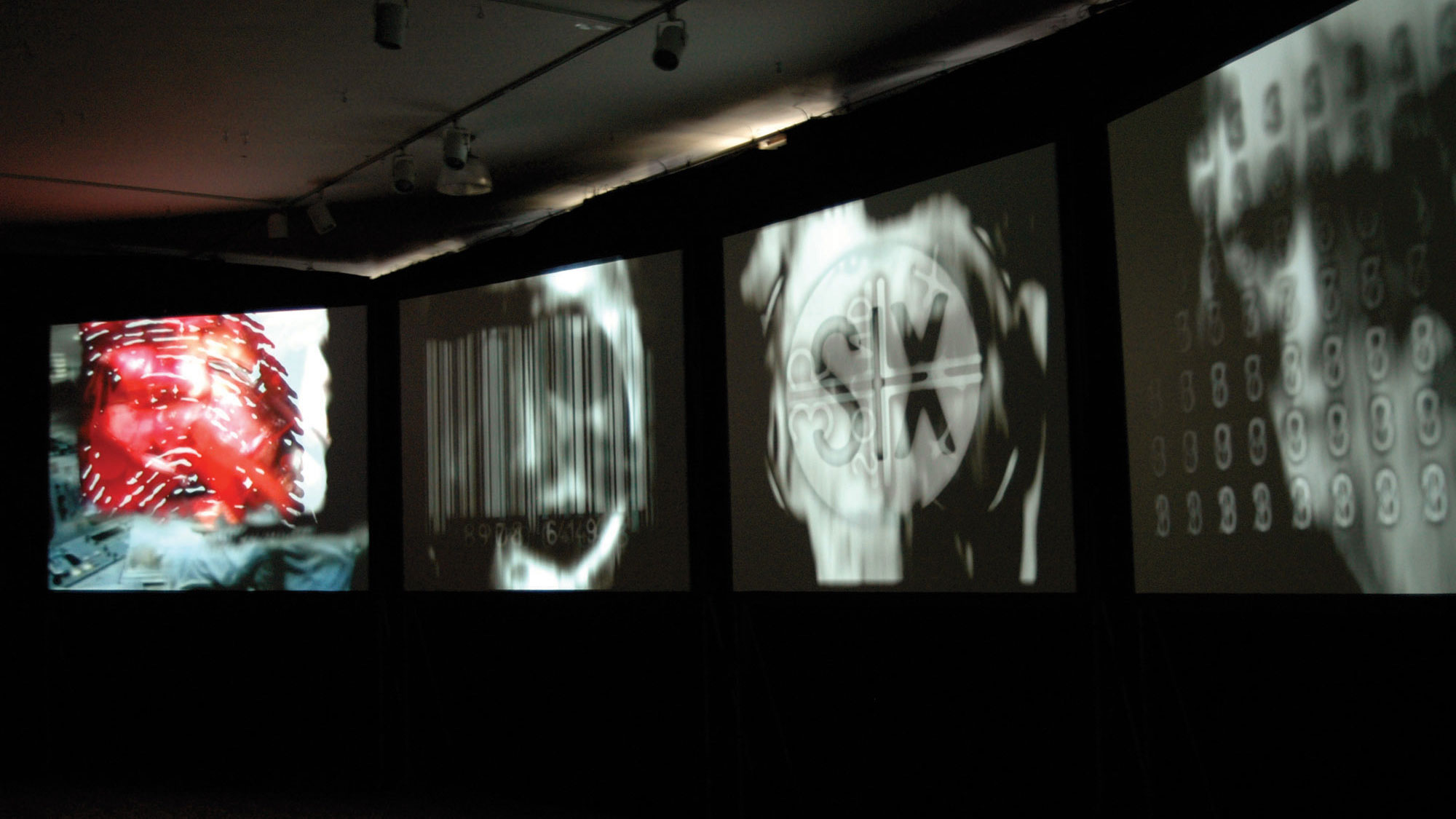 Bedlam — originally the name for a medieval England insane asylum — has since become a synonym for tangled, chaotic states. This installation by Robert Darroll and Sean Reed draws us into the minds of five individuals planning their joint escape from Bedlam via multichannel sound and an amalgam of computer graphics, animation and video projected onto oversized screens. The word Bedlam refers to a medieval asylum for mad people in England. In the 18th Century, such asylums were a source of entertainment. Wealthy people paid a penny to enter and watch mad people behave crazily. Later the word came to mean, a chaotic, uncontrollable situation. A similar word is Shambles, which Beckett uses symbolically to describe the very substance of existence.