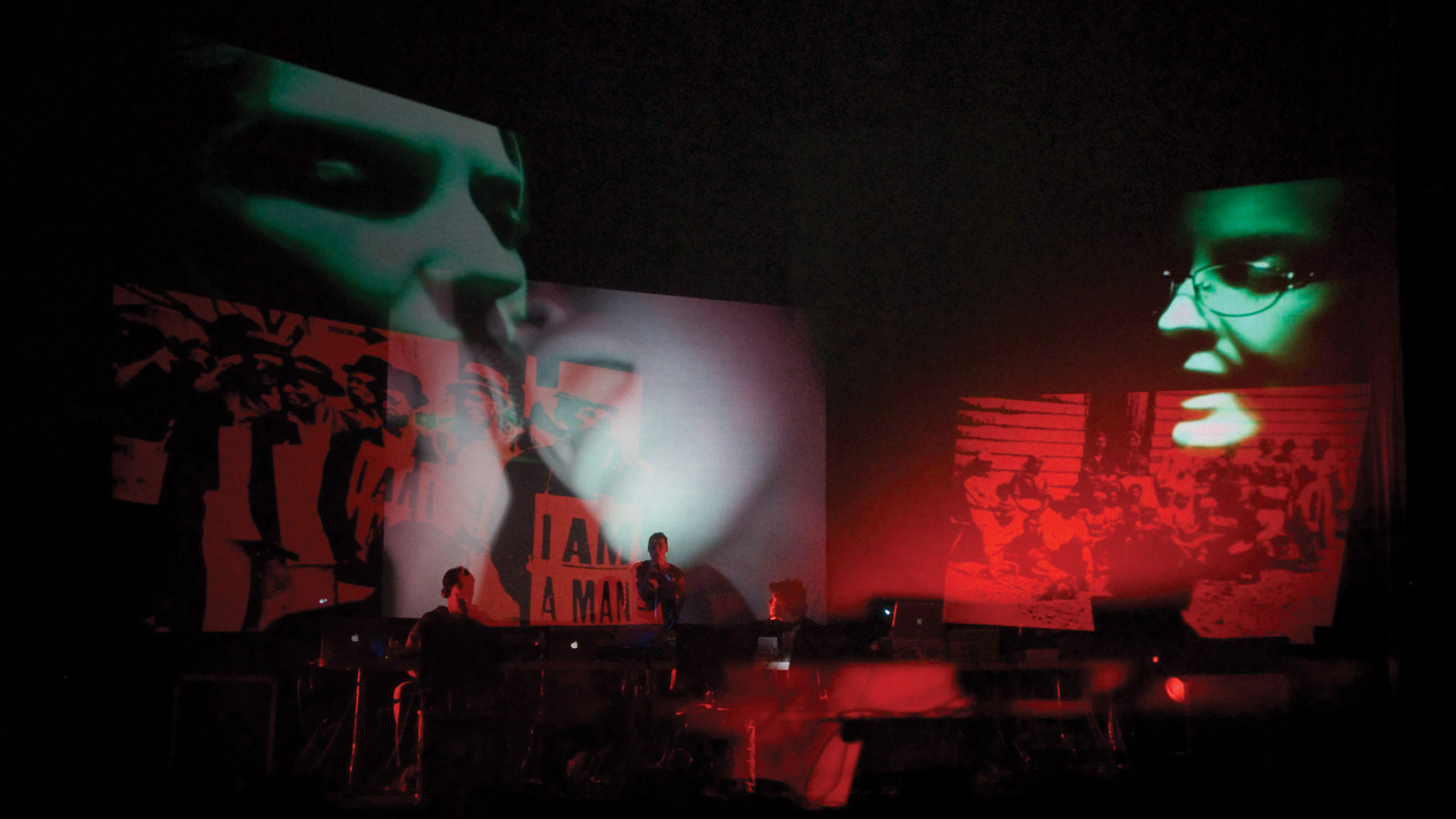 The first public presentation of an EMPAC commission!

Taking American folklore as a departure point, the UK-based Light Surgeons tackle the universal question of how our personal, political, and national myths evolve from subjective stories to widely held truths. The artists guide the audience through this terrain with a live collage of documentary footage, interviews and music recorded in Troy and across the rest of the state of NY—from Troy’s Uncle Sam’s Day Parade to a cramped music studio in Brooklyn to an upstate Native American reservation and more.

This performance is supported by the Jaffe Fund for Experimental Media and Performing Arts.