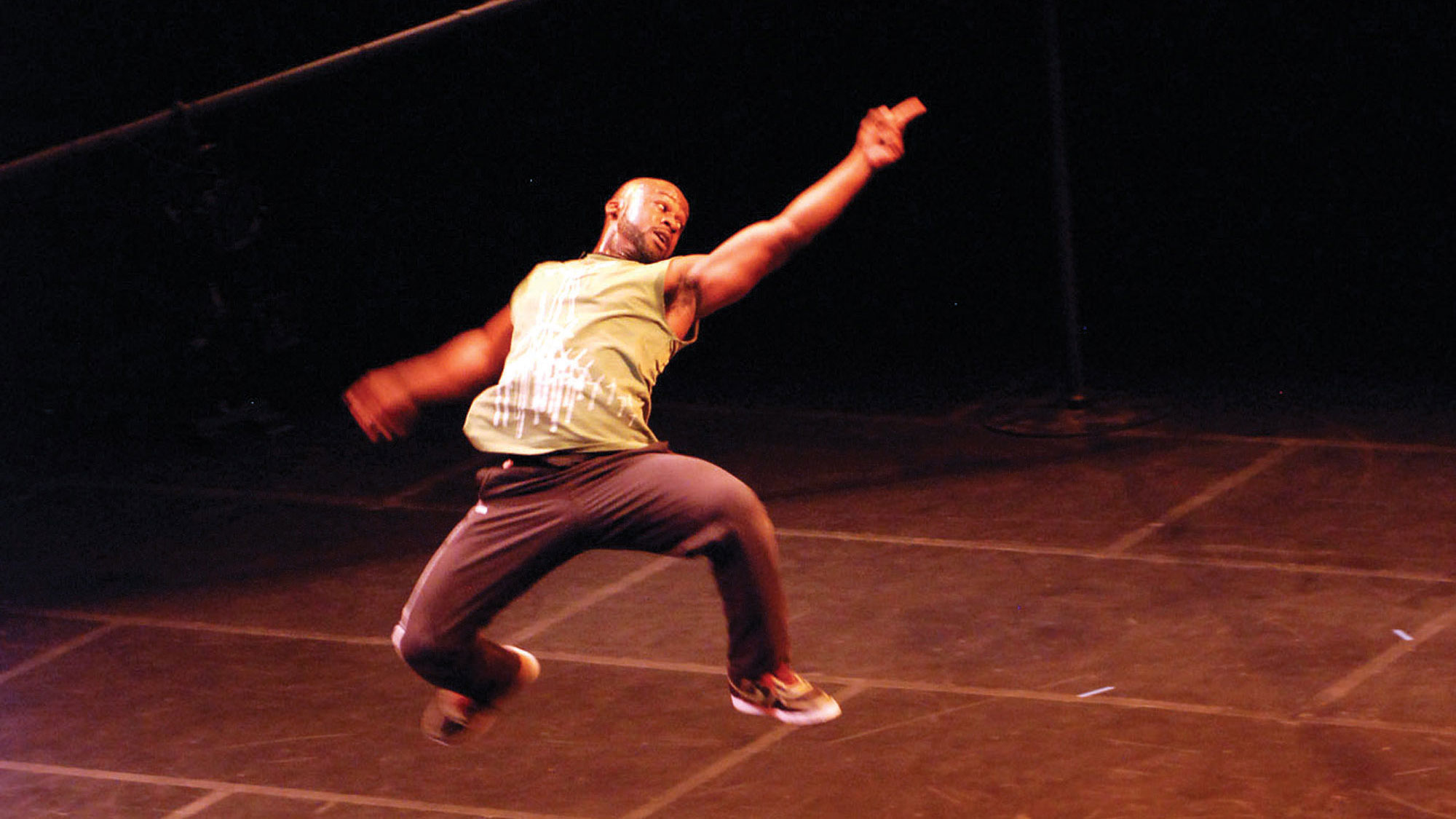 The Break/s: a mixtape for the stage

In this “mixtape for the stage,” the poet and hip-hop theater sensation Marc Bamuthi Joseph traces hip-hop’s evolution from a local and highly political art movement to a worldwide cultural force. Taking its lead from journalist Jeff Chang’s Can’t Stop, Won’t Stop, The Break/s is a multimedia travelogue of Planet Hip-Hop, where an art form forged in the street meets the commercial and cultural stresses of globalism. Through movement, spoken word, and personal narrative, Bamuthi shows us a world where even kids in Senegal dress in counterfeit FUBU-wear and sing along with Tupac Shakur. The Washington Post calls The Break/s “a thunderous, expansive and deeply felt wrestling match with being an American in the 21st century.” Featuring live music by remarkable human beatbox/percussionist Tommy Shepherd and DJ Excess, and live video by David Slzasa. Directed by Michael John Garcés Produced by MAPP International Productions