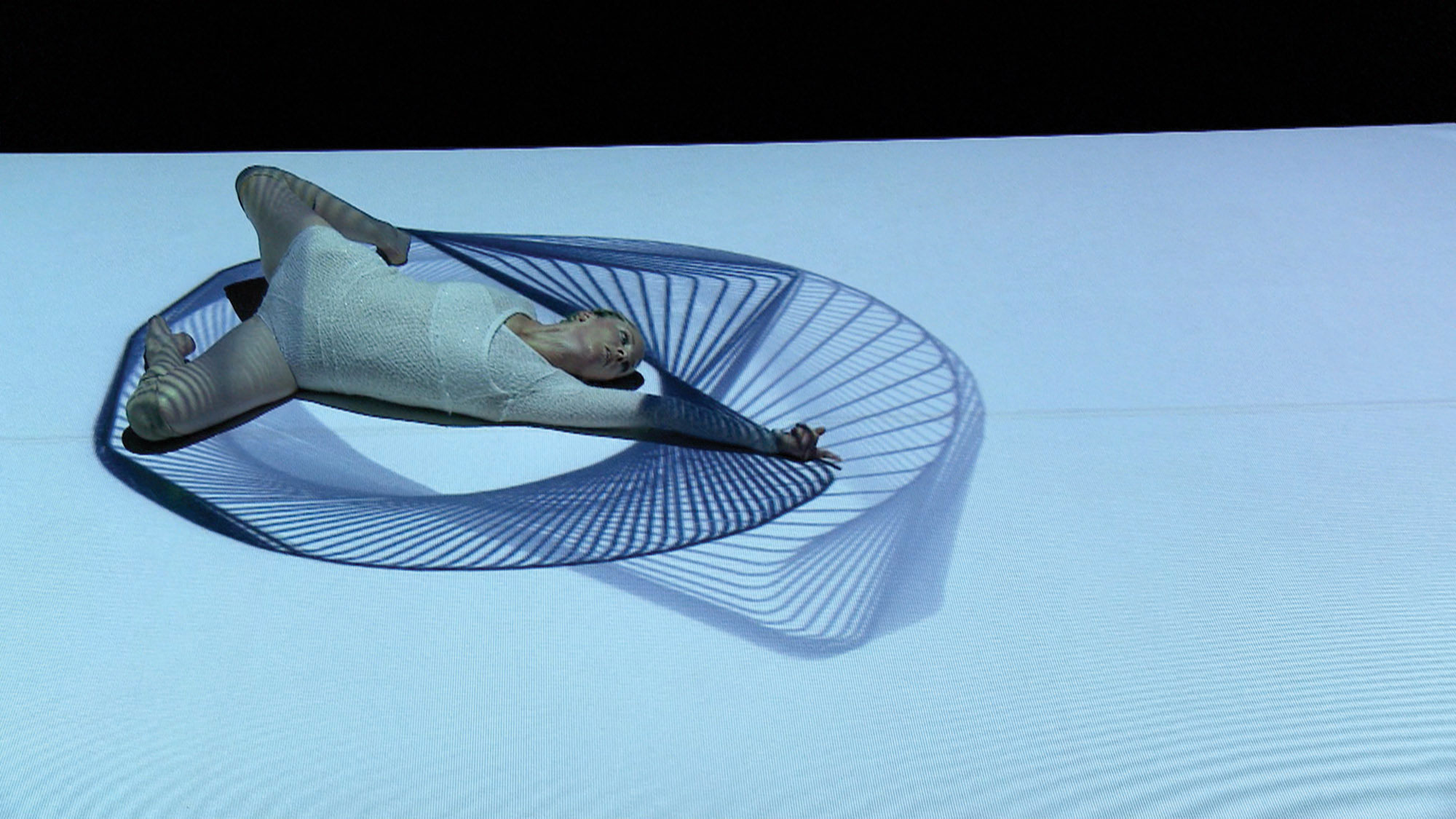 Conceived as a “biotech fiction” by Australian choreographer Gideon Obarzanek and interactive software creator Frieder Weiss, Glow transforms a solo dancer into a mutant figure both sensual and grotesque. As she slides and thrashes across a white floor, her form generates a constantly shifting digital habitat of projected light. Her smallest gestures are captured by an overhead tracking system, while interactive video technology creates motion graphics that shift in real time in response to her movement. The Sydney Morning Herald called the piece “lasting in its eerie intrigue.” The Age praised the dancing as “flailing, joint-crunching action... a high-velocity missile, with only occasional respite.”