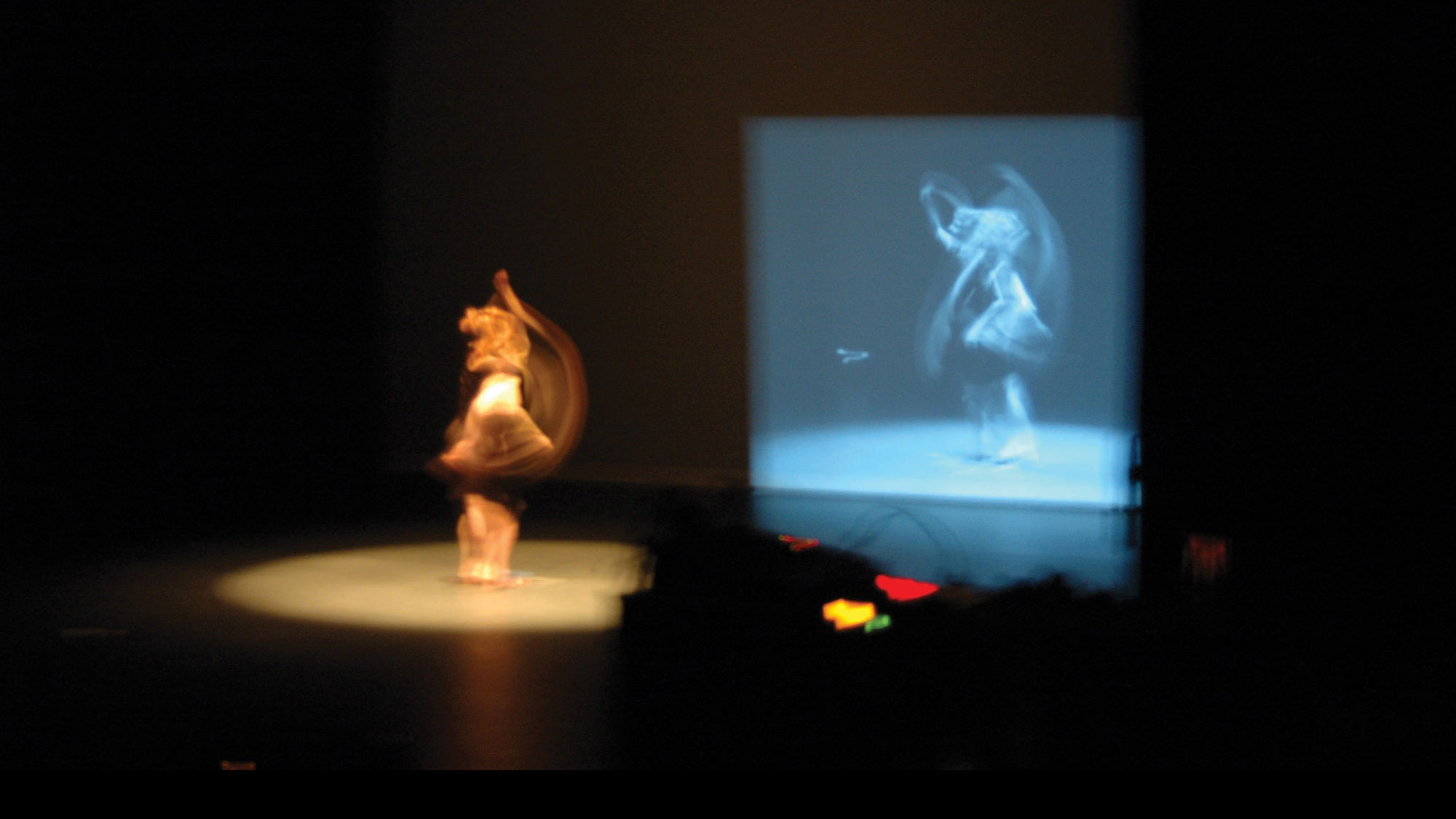 The Sea Around Us or a Muse, Me Pisces and The Bottom Fell Out of the Tub

In Cathy Weis’ work, performers partner with technology to negotiate the boundaries between the recorded and live, the electronic and human, and real and imagined experience in surprising, whimsical and moving ways. Called by The Village Voice “a pioneer at fusing dance and video,” Weis creates multidimensional environments that stretch the audience’s perceptions of space and dismantle habits of vision.

The two newest works by the Guggenheim Fellow and Bessie Award-winning artist, entitled “The Sea Around Us or A Muse, Me Pisces” and “The Bottom Fell out of the Tub” were commissioned by EMPAC and supported with a two-week artist residency.

“The Sea Around Us or A Muse, Me Pisces” blends pre-recorded underwater footage with live performance into a dreamscape of radically shifting scale. Performer Scott Heron is in a tug-o-war battle of the Great and Small, proportions and power.

“The Bottom Fell Out of The Tub” exists in the intersection of dimensions: where the 2-D image interrupts 3-D space. Jennifer Monson maneuvers a rolling screen that bends shadow, light and the projected image of the live video. The merging and reemerging of these dimensions create moments of surprising disorientation and revelation.

The final half of the evening is an excerpt from “Electric Haiku: Calm as Custard”, the 2005 installment in Cathy Weis’ “Electric Haiku”series. When the original series premiered in 2002, it was selected by The New York Times as one of the top 10 dance events of the year. Imbued with Weis’ characteristic inventiveness and wit, this excerpt presents four haiku from Calm as Custard and asks the question: “When technology and the human body become partners, who leads?” Like the poetic form for which the work is named, the vignettes are as rich as they are brief, full of unexpected juxtapositions, sudden transformations, and downright delight.

As a teenager, Cathy Weis performed as a soloist with the Lousiville Ballet. She went on to study dance at Bennington College, dance as a member of a touring bluegrass band and was a featured tap dancer with a group of San Francisco street musicians. She later turned from dance to other artistic pursuits — stained glass, video. Moving to NYC in 1983, she began video documentation of dance and performance artists in the “downtown” milieu, and captured rare performances of countless influential artists. Over 13 years, Weis produced a unique archival record of performances from an eclectic and proscribed period in the history of NYC art-making. In 1994, Cathy Weis began presenting her signature blend of live performance and video with what Tobi Tobias has called, her “ingenuous homemade aesthetic that allows room for both funk and fairy tale”. The Village Voice calls Cathy Weis “a pioneer at fusing dance and video” and “one of the most innovative dance and video artists we've got.” Cathy Weis received a Guggenheim Fellowship in 2002. She lives and works in NYC.