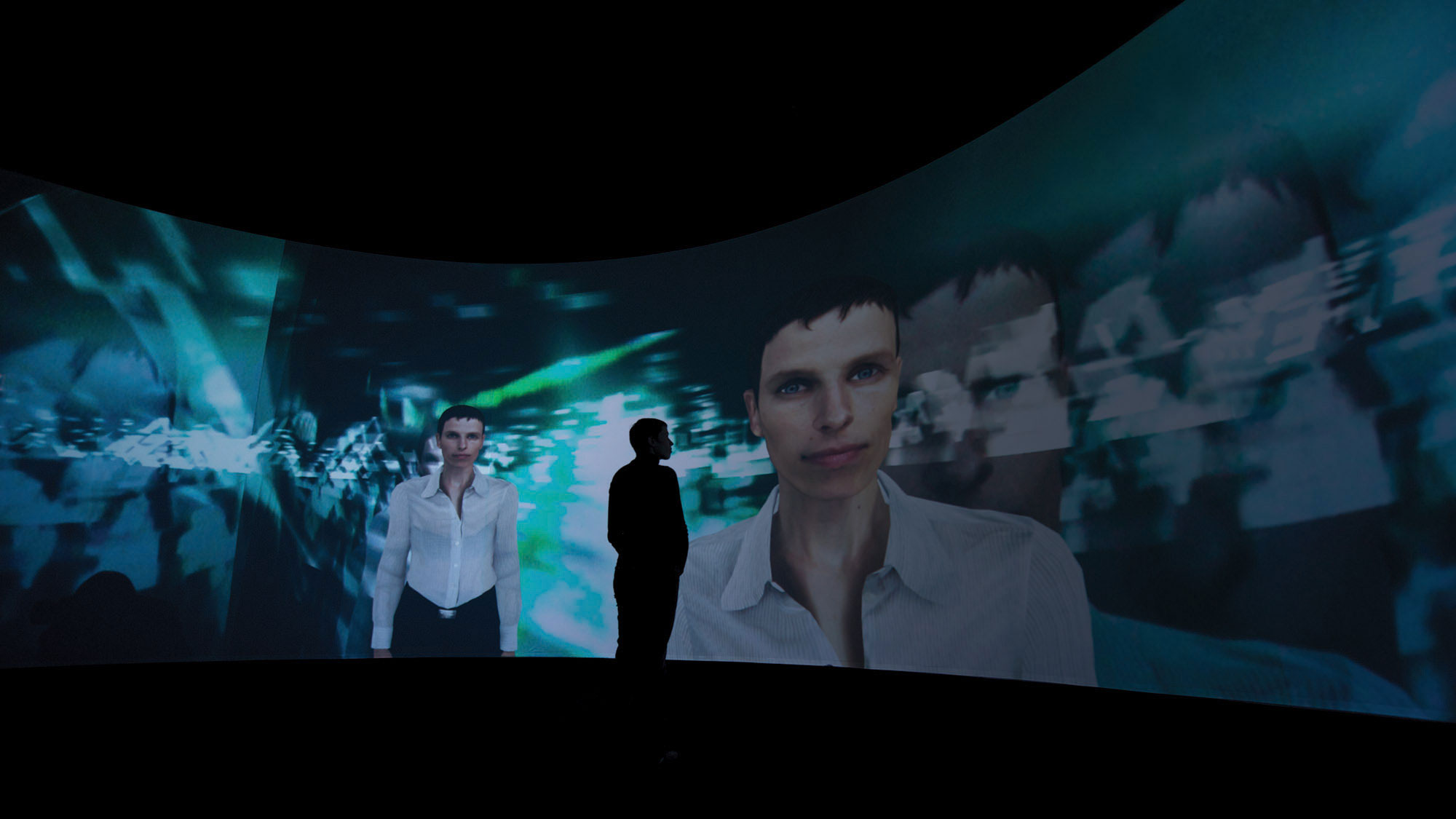 They Watch is an immersive art installation with virtual characters literally watching visitors. Several duplicates of the virtual characters – one man, one woman, and both portraits of the artists – surround and interact with visitors, who are tracked as they move about the physical space, and even projected into the virtual space. Years of research and development with game-technology have resulted in a 360° audio-visual environment, exploiting a 15-meter-wide panoramic screen and a 32-channel sound system. The subtle collaboration of the real and virtual agents and environments conflate to engender a hybrid space where the observer becomes the observed. Figuratively wearing a virtual camera causes the on-screen characters to approach and to retreat, analogously altering the soundtrack; characters that, as visitors will come to discover, are aware of their presence. They watch. Visitors’ movements activate visual cues and affect the characters’ spontaneous, unscripted behaviors, so that the installation’s visual and sonic compositions are uniquely influenced by the visit. The piece becomes a composition in movement whereby non-linear blends of real and virtual force visitors to consider perspective, agency, and the distinction between authentic and imagined as They Watch. Open Monday – Saturday from 12 PM to 6 PM (longer if public events are happening in the building) On Tuesday, November 17 @ 7:00 PM, EMPAC will host Full Immersion: an exceptional panel of international artists, engineers, and producers representing the evolving field of works created for the 360° panoramic screen