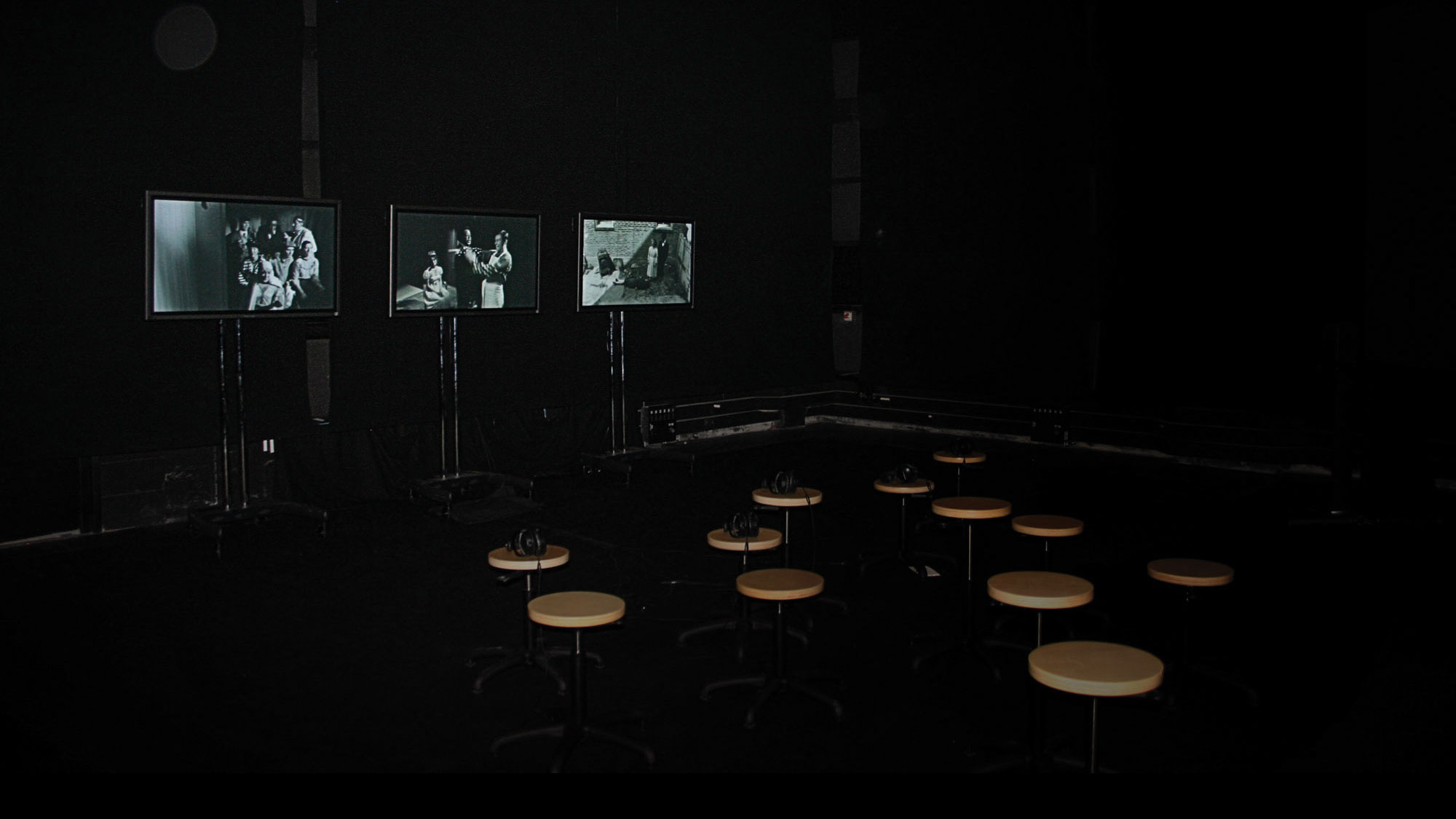 As part of Sean Griffin’s second residency, EMPAC presents three video installations that cover the past six years of his integral collaboration with the artist Catherine Sullivan. Sullivan’s work comes out of theater, but has become primarily realized as multi-screen video installation with Griffin scoring and collaborating on the overall aurality of the work, in one case even authoring a pseudo-Neanderthal language used throughout Triangle of Need. In The Chittendens, the 16 actors execute elaborate movement structures, vocalize, and portray distinct attitudes from within characters embodying stereotyped identities of 19th and 20th century America. Existing somewhere between/beyond the formal approaches of Yvonne Rainer, Mike Kelley, and Anton Webern, the work is highly structured, beyond catharsis, and full of embedded cultural critique. In Triangle of Need, the far-flung, conceptually mosaic work takes the idea of the Neanderthal as its source metaphor but explodes into fractured narratives ranging from Nigerian email scams to figure skating. Triangle of Need, pairs seductive cinematic conventions with provocative ideas about evolution, human behavior and social inequality. D-Pattern is an exuberant work in which the emergence of narrative erupts from automata-like compositional/choreographic structures. Originally a live performance, the throng of actors/dancers in the piece perform repetitive movements that embody and effuse certain attitudes — and through the colliding and recombination of encounters a micro-history begins to unfold for the viewer. It's like a Ouija board, Griffin says, a conjectural machine spelling out something that isn't really there.