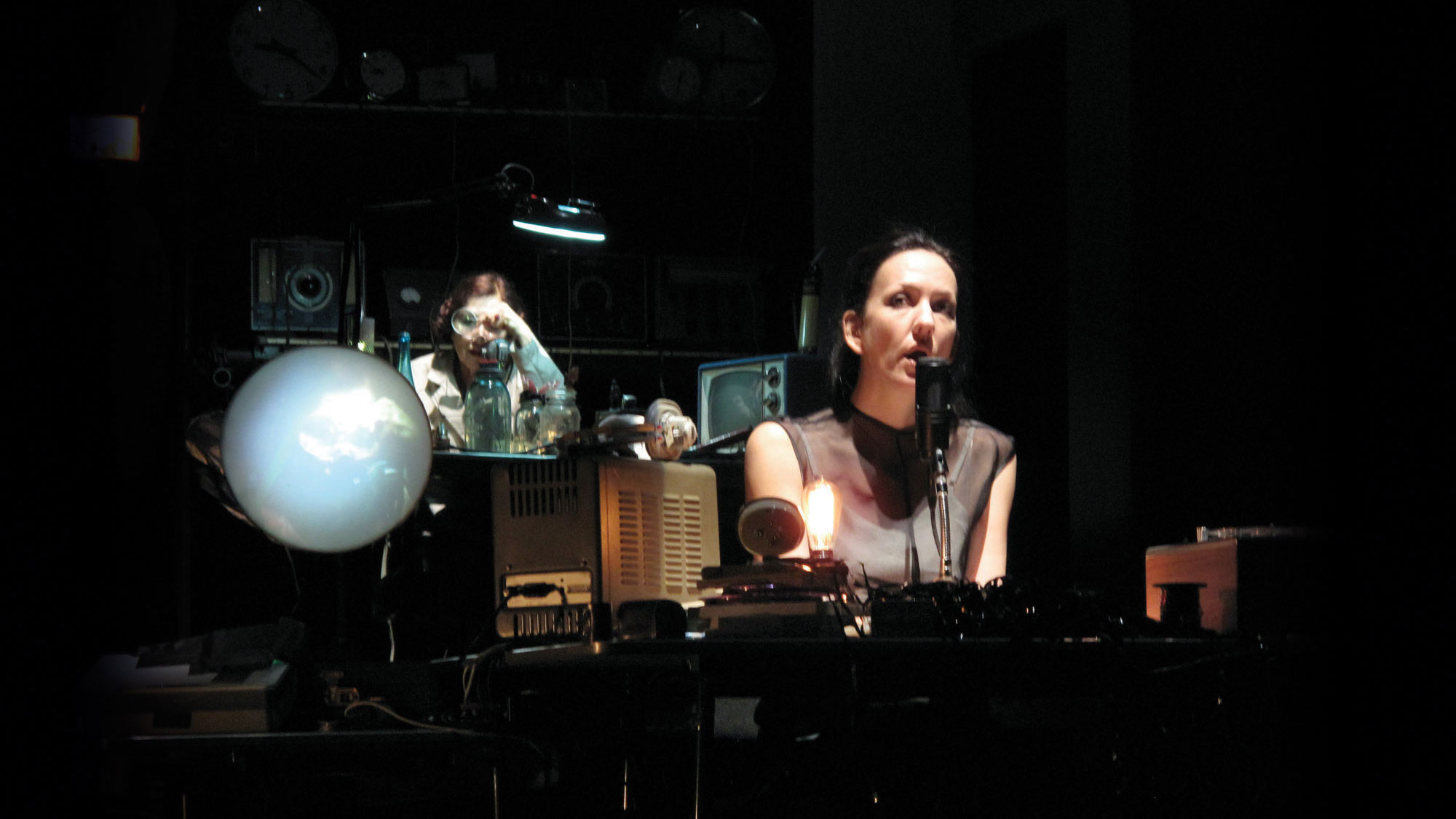 Aided by a young doppelganger straight out of silent film and an elderly entomologist, composer/performer Christina Campanella spins a sonic web that traces a young woman’s discovery of her companion’s deployment to a secret war and the steps she takes to make sense of his absence.

Red Fly/Blue Bottle explores the mediating effects of memory and how we use the power of our imagination to surmount that which we have lost.