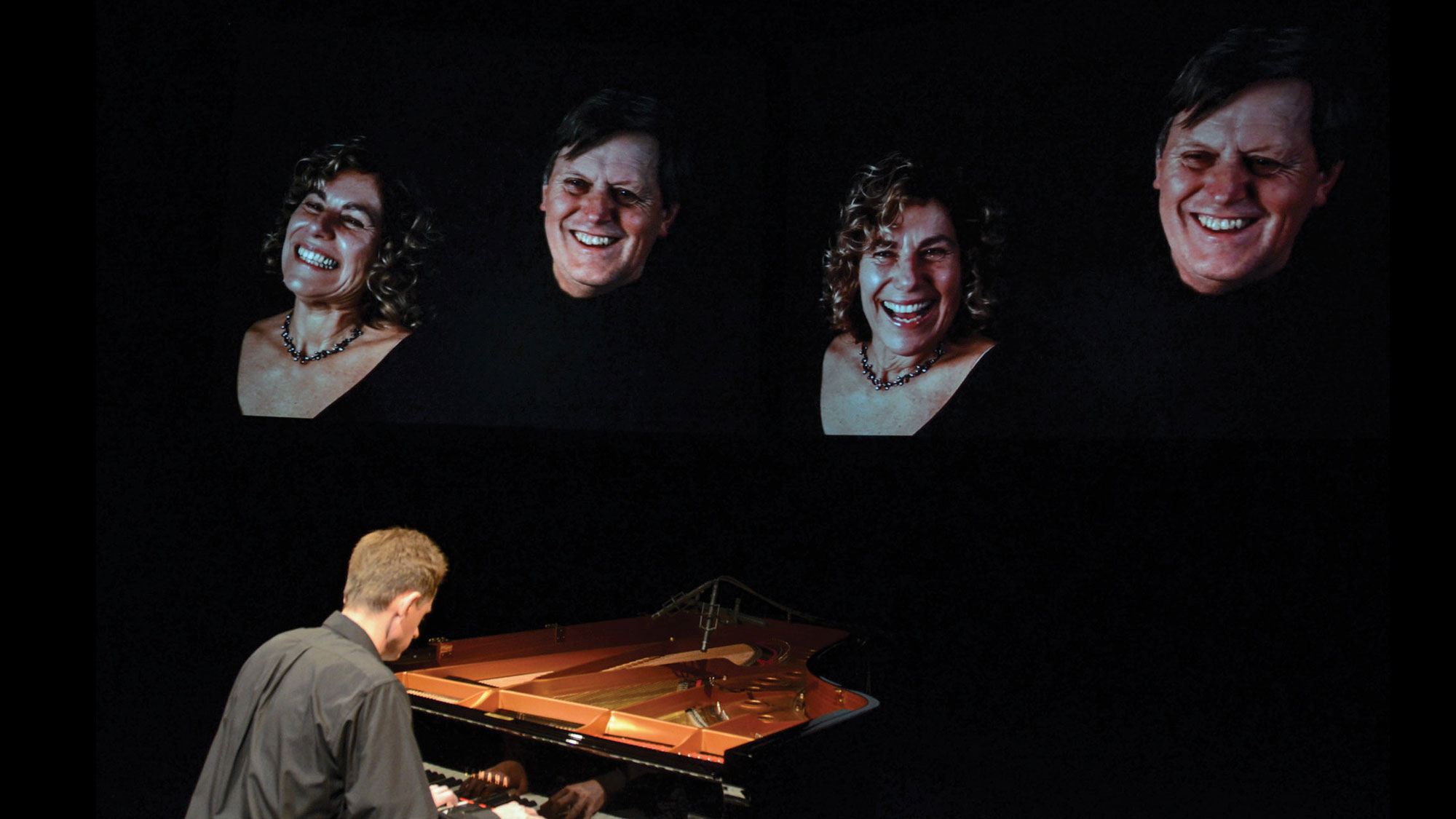 Intermedia composer and pianist Jarosław Kapuściński creates lighthearted and fanciful pieces in which musical instruments are used to control multimedia content. In these media compositions, he controls projections of videos and computer-generated graphics as he plays piano. The images, words, and music combine to entertain, but also provide insight into the artistic relationship between words and music. The witty integration of his virtuosic piano playing—he was first trained as a classical pianist and composer at the Chopin Academy of Music in Warsaw—with a precisely timed flow of images informs his latest work, Where is Chopin, in which he plays excerpts from Chopin’s 24 Preludes in conjunction with videos of people in various countries listening.

Jarosław Kapuściński is an intermedia composer and pianist whose work has been presented at New York's MoMA; ZKM in Karlsruhe; the Museum of Modern Art, Palais de Tokyo, and Centre Pompidou in Paris; and Reina Sofia Museum in Madrid, among others. He has received numerous awards, including at the UNESCO Film sur l'Art festival in Paris, VideoArt Festival Locarno, and the Festival of New Cinema and New Media in Montréal. He was first trained as a classical pianist and composer at the Chopin Academy of Music in Warsaw and expanded into multimedia during a residency at the Banff Centre for the Arts in Canada (1988) and through doctoral studies at the University of California, San Diego (1992-1997). Kapuscinski is actively involved in intermedia education. Currently, he is an assistant professor of composition and director of the Intermedia Performance Lab at Stanford University.