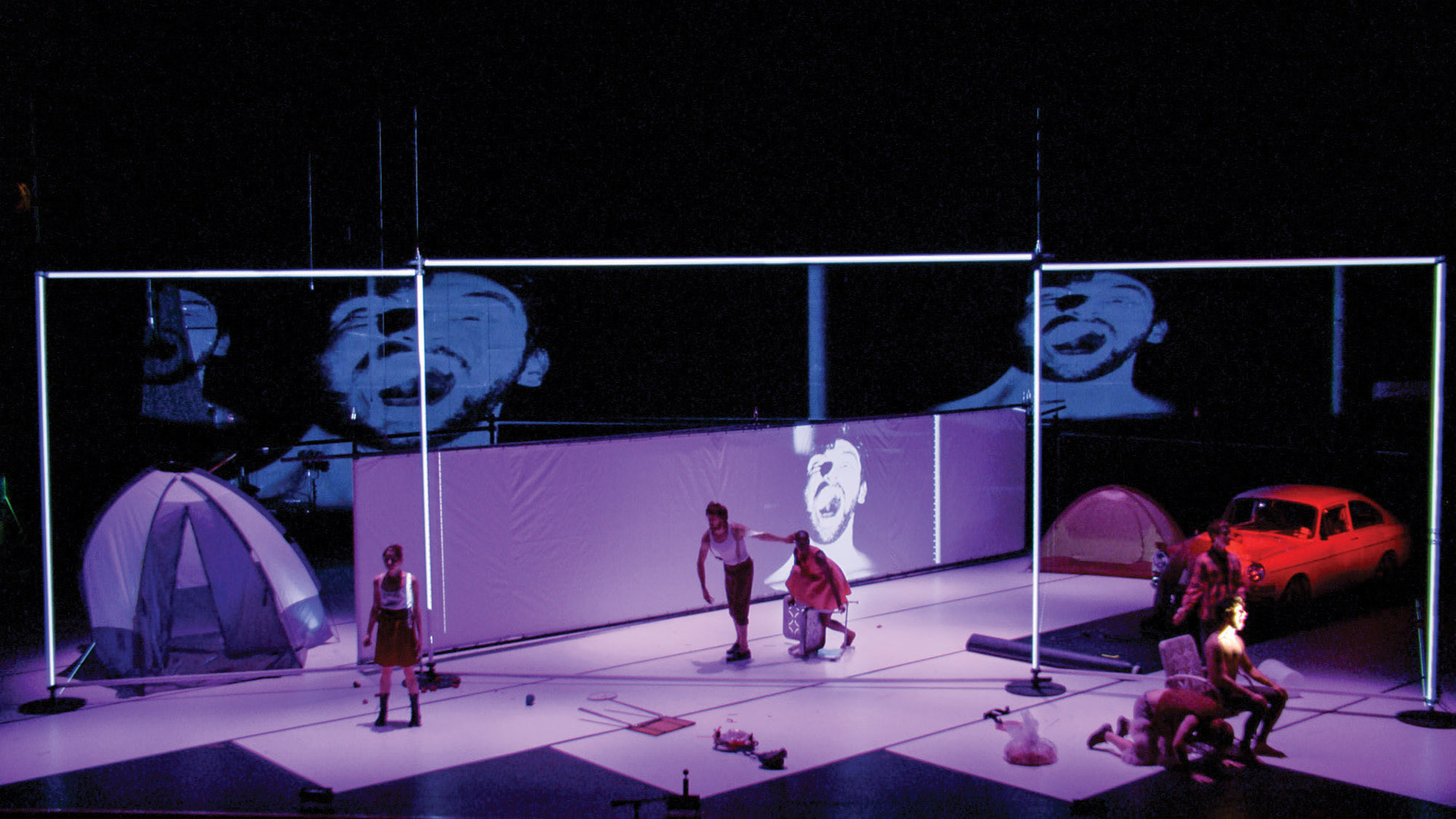 Main Image: Dionysia in the theater in 2011. Photo: EMPAC/Rensselaer

Dionysia was commissioned and originally performed at The Getty Villa Lab with additional support from UCLA.