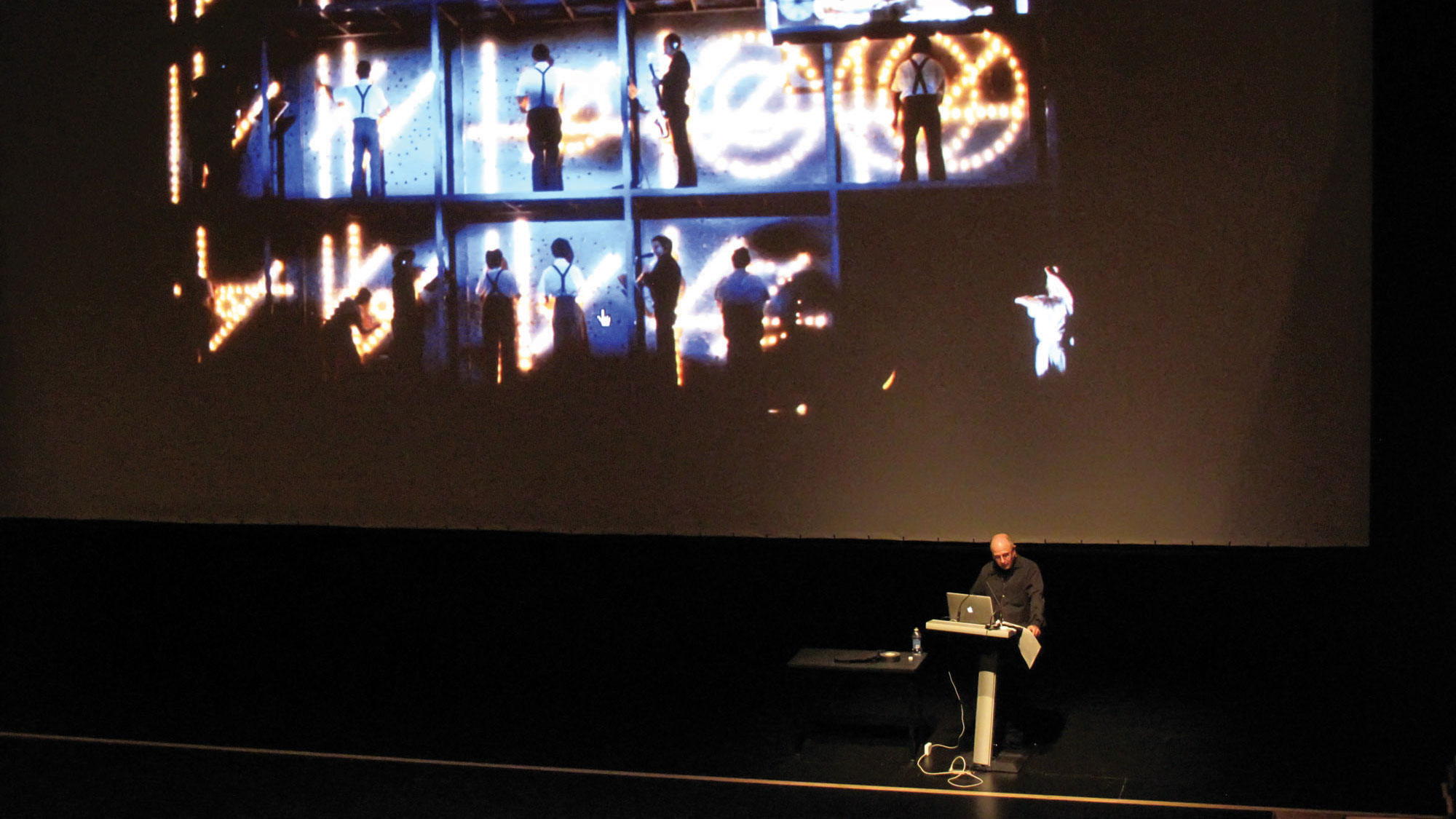 Vignettes in the History of a Multimedia Century
Tuesday, September 27, 2011
Theater
Dates + Tickets

In 1971, poet Louis Aragon published an impassioned open letter to his collaborator in the Surrealist movement, André Breton, in which he described the theater of images of American artist Robert Wilson as the culmination of all that he and Breton had dreamed of creating 40 years earlier. Sensing a “strange proximity” between science and art in Wilson’s captivating yet disturbing images, Aragon likened them to an “extraordinary freedom machine.”

In this three-part lecture series, Michael Century presents a fresh reading of today’s experimental media art scene by surveying key works, personalities, and movements of the past century and laying out a framework for forecasting its future. Organized around an intertwined pair of narratives, the lectures are richly illustrated with stills and video, sound recordings, and live musical demonstrations. The underlying narratives are driven by contrasting conceptions of the role of the artist and of time. The first sees the artist as anticipating the powers and dangers of techno-scientific progress through idiosyncratic experiments, with time as linear and progressive. The second sees the artist as re-constituting past historical ruptures and forgotten pathways to envision alternative ways of being contemporary with a more cyclical sense of progress.

Surveys key moments and tensions within the historical avant-garde, with examples from dance, abstract film and animation, experimental music, and critical theory.

Balances the celebratory heyday of art and technology against a rising tide of disillusionment and media-archeological irony.

Moves beyond what some have termed the crisis of new media art today—its relegation to “cool obscurity” by the institutional art world, and its simultaneous co-option by the information industries—by sketching out an anti-anti-utopian view of the potential of experimental artworks as “extraordinary freedom machines.” By framing the future of art and technology in terms of creative freedom, this concluding lecture weaves together and synthesizes strands from the first two. The argument unfolds in two parts, examining in turn the micro-temporality of specific media art works, and the macro-temporality of aesthetic systems designed to enable future creativity. In the first part, “virtuality” is explained as an intensification of time; selected works by David Rokeby, Bill Viola, and Steve Reich illustrate the potential in art to vitalize and open new horizons of experience. The second part embraces political philosopher Hannah Arendt’s notion of freedom as “virtuosity”, entailing the creation of a sustainable public space for creative dialogue and collaboration. Examples are drawn from the histories of video art in the 1970s (Dan Sandin’s Image Processor), the history of computer music in the 1980s (the invention of the MAX programming language), and recent new media art (Loops by the Open Ended Group).

Main Image: Michael Century in the theater during his talk, 2011.