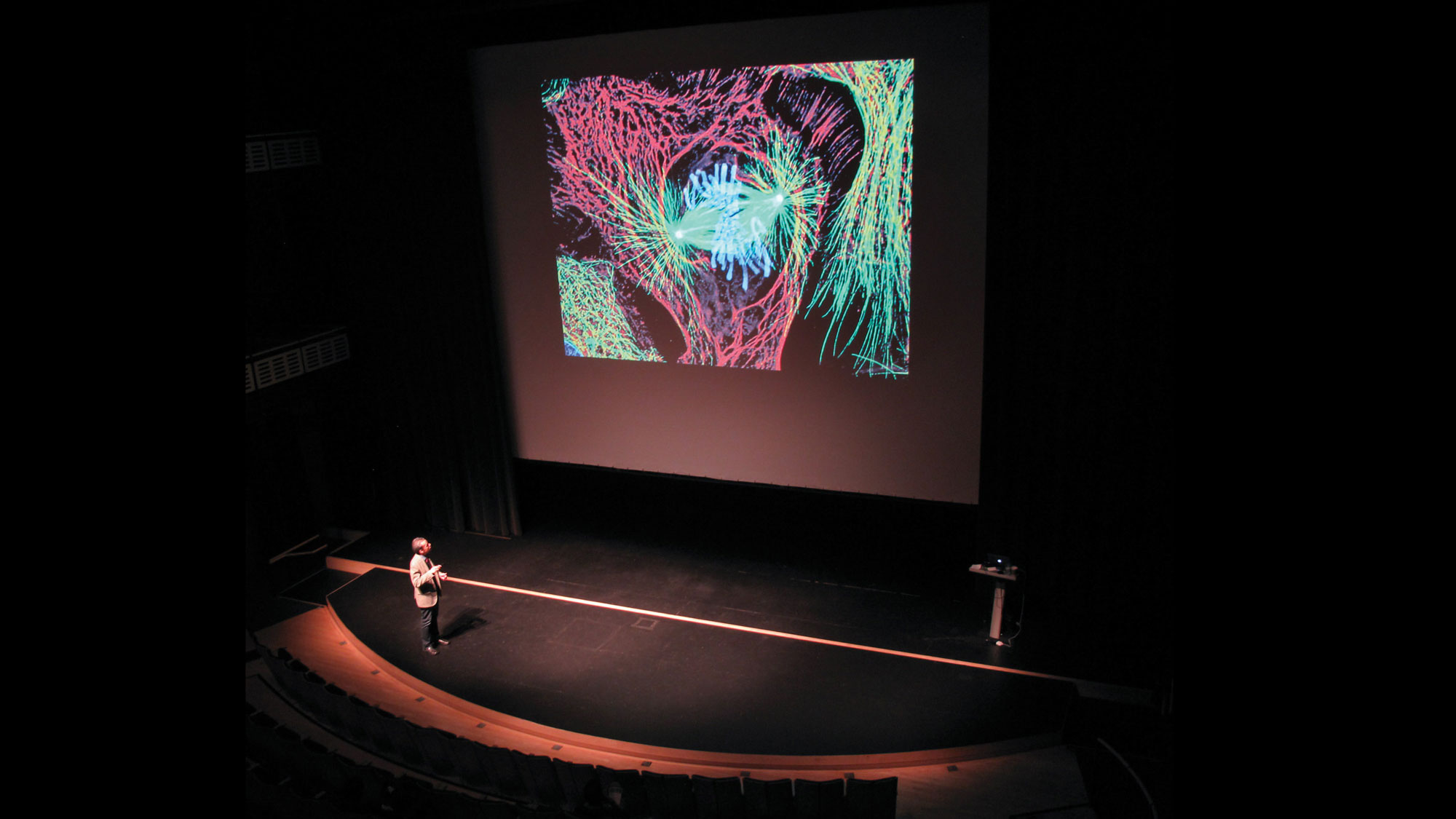 Robert Lue, biologist and director of life sciences education at Harvard, will discuss the vital and transformative role that visualizations play in both science research and education. Lue is the founder of BioVisions, a collaborative initiative led by Harvard scientists to improve the beauty and precision of science visualization. Biovisions is responsible for animations such as The Inner Life of the Cell (2006) and Powering the Cell: Mitochondria (2010).

Robert A. Lue is a professor in the Department of Molecular and Cellular Biology and the director of life sciences education at Harvard University. Lue received his PhD in biology from Harvard and has taught undergraduate courses there since 1988. He has a longstanding commitment to interdisciplinary teaching and research, and chaired the faculty committee that developed the first integrated science foundation in the country to serve multiple science majors, as well as the needs of pre-medical students. He has also developed award-winning multimedia on several topics including Understanding HIV and AIDS (1999), Biochemistry: Interactive Learning (2000), The Inner Life of the Cell (2006), and Powering the Cell: Mitochondria (2010). His media publications have been praised for their scientific accuracy, educational utility, and vibrant 3-D reconstructions of the world within the cell. He has co-authored undergraduate biology textbooks, and has chaired educator conferences on college biology for the National Science Foundation, and on supporting diversity in science for the Howard Hughes Medical Institute and the National Institutes of Health. Lue also has a long history in pre-college education, and consequently founded and directs a Harvard life sciences outreach program that now serves over 50 high schools across Massachusetts, New Hampshire, and Rhode Island. As the faculty director of the Harvard-Allston Education Portal, he also oversees the integration of undergraduate education with community outreach on Harvard’s new Allston campus.

Main Image: Robert Lue in the theater during his talk in 2011. Photo: EMPAC/Rensselaer.