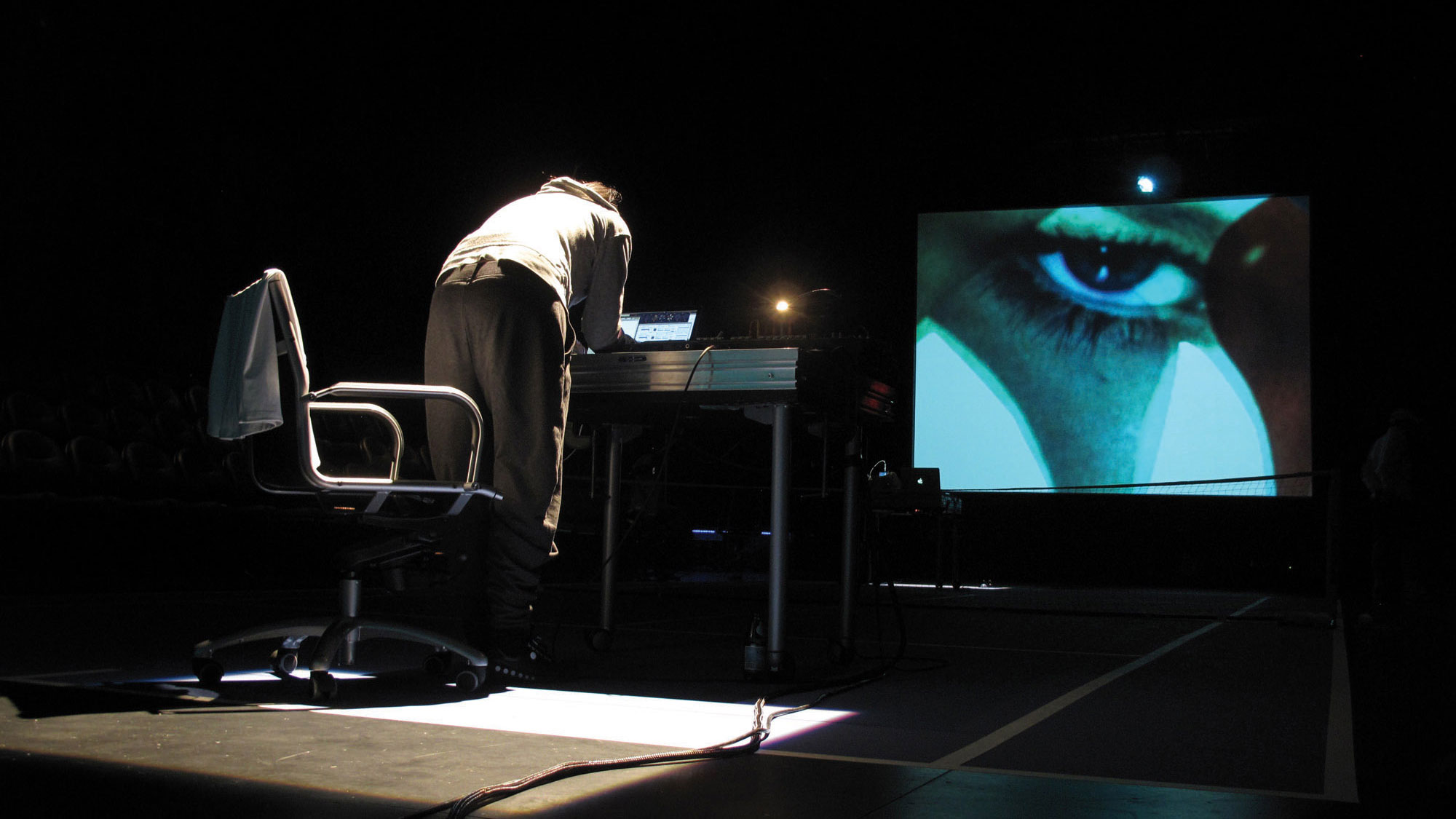 Infinite Jest was both an installation and a live handmade film inspired by the complex and remarkable novel of the same name by the late author David Foster Wallace. The evening began with the audience experiencing the performance space as an installation composed of a text-based soundtrack and various miniature sets intended for the audience to walk through and examine. The film was then brought to life through the lens of live cameras that follow the manipulation of photographs, drawings, scale models, and various three dimensional objects by visual artist and performer SUE-C, along with the live lush electronic soundtrack and vocals by AGF and narration from Francis Deehan. Set in a slightly futuristic world, the film is an attempt to create and re-create what character James Orin Incandenza, optics expert and filmmaker, considered his life’s major work. After many unseen failures, his “film” Entertainment is eventually released, which proves to be fatally seductive. With this as a jumping off point, long time audiovisual collaborators SUE-C and AGF explore the expression of seduction in sound and image.

The day prior to the performance, SUE-C also gave a reading of excerpts from Infinite Jest and a discussion of her work. SUE-C has created handmade videos for both the stage and screen, challenging the norms of photography, video, and technology by blending them into an organic and improvisational live performance. AGF (Antye Greie) is a singer and digital songwriter, producer, performer, e-poet, calligrapher, and digital media artist known for her artistic exploration of digital technology through the deconstruction of language and communication.

Quote Unquote was an interdisciplinary series presenting work by artists that use an existing text as a departure point for time-based works including installation, film, and performance.