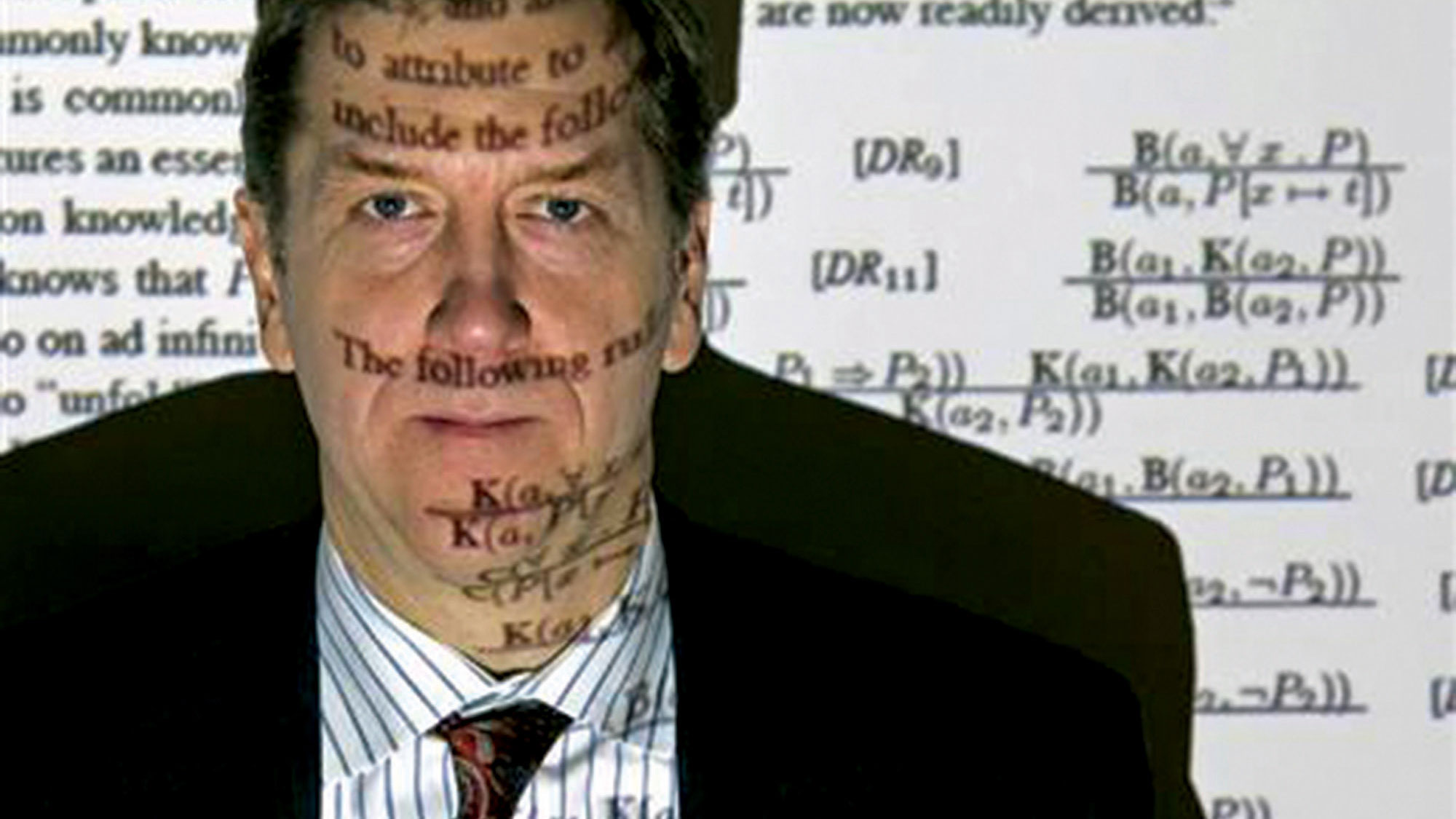 Computing machines are getting smarter, attempting to reach levels of human-like intelligence. But even artificial intelligence systems like Watson on Jeopardy! can’t compare to the complexities of the human mind. Rensselaer Professor Selmer Bringsjord and PhD student Naveen Sundar G. used EMPAC’s unique environment to visualize the infinite and question three claims: that all of mathematical cognition is reducible to simple problem-solving carried out by dogs and monkeys (Darwin); that mathematics is just a humdrum human construction rooted in bodily motion and metaphor (Lakoff); and that artificial intelligence will soon explode beyond human intelligence in an event known as “the singularity” (Kurzweil). Bringsjord specializes in the logico-mathematical and philosophical foundations of artiﬁcial intelligence (AI) and cognitive science.

Naveen Sundar Govindarajulu is an International Fulbright Science and Technology scholar. Since receiving his PhD in computer science at  the Rensselaer Artificial Intelligence and Reasoning Laboratory (RAIR Lab), he has been a research scientist at Yahoo.

Detail View: Rensselaer professors and researchers shared in-depth perspectives on their fields of inquiry, inviting an exchange of ideas between experts and non-experts alike.