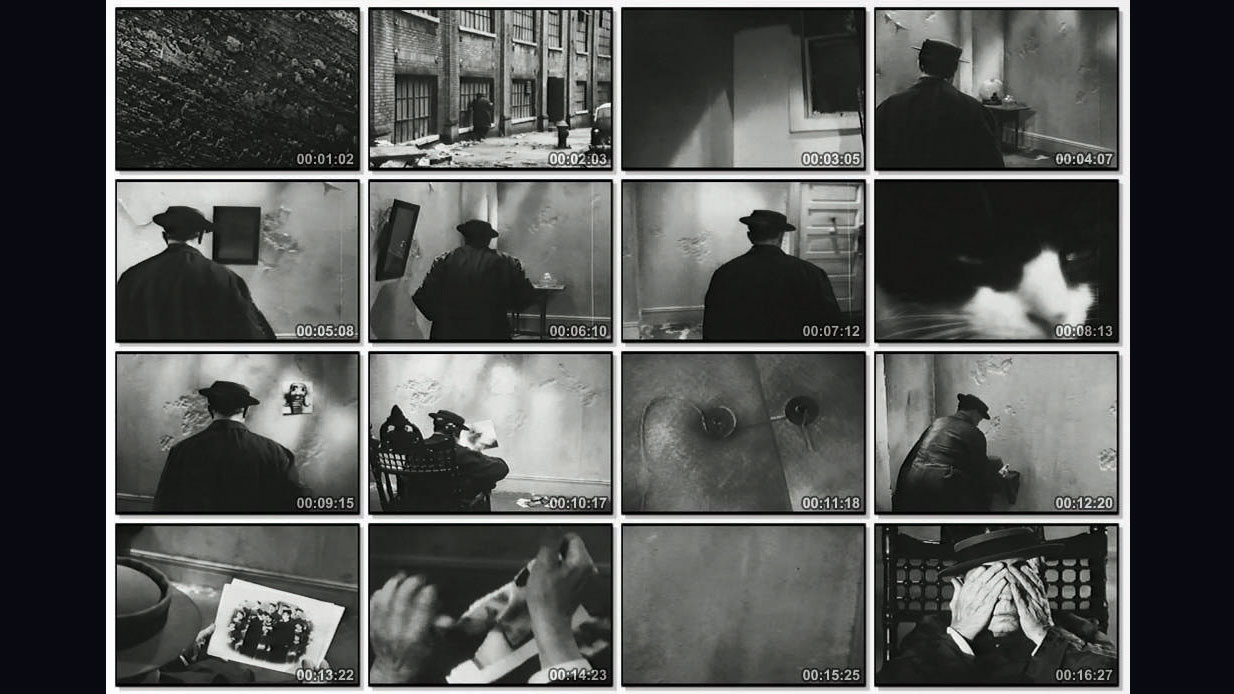 The launch for the film series A Door Ajar will bring together a screening of Beckett's Film, Jean Genet's Un Chant D'Amour, and a talk by curator and film theorist Ed Halter.

Nobel Prize-winning playwright Samuel Beckett’s only screenplay, Film (1965), was inspired by George Berkley’s philosophical pronouncement, “to be is to be perceived” (“esse est percipi”). In one of his last film appearances, Buster Keaton is cast as the object of observation by an all-seeing eye. Film documents the chase between camera and pursued image, raising questions about the nature of recorded and projected images. Beckett once summarized Film in the following manner: “It’s a movie about the perceiving eye, about the perceived and the perceiver—two aspects of the same man. The perceiver desires like mad to perceive and the perceived tries desperately to hide. Then, in the end, one wins.”

Hailed by French philosopher Gilles Deleuze as “the greatest Irish film,” Film was commissioned and produced by Grove Press’ Barney Rosset, directed by Alan Schneider, and features the cinematography of Academy Award-winner Boris Kaufman. The screenplay was written in 1963 and filmed in New York in the summer of 1964. For the shooting, Samuel Beckett made his only trip to America. Film has received numerous awards, including the Film Critics’ Prize at the 1965 Venice Film Festival, the Special Prize at the Oberhausen Festival (Germany) in 1966, and the Special Jury Prize at the 1996 Tours Festival (France).

Un Chant D’Amour (A Song of Love) is the only film created by the French novelist Jean Genet. Created in 1950, the silent film is a powerful work of homoerotic cinema, depicting the relationships between male prisoners in adjacent cells and the guard who watches over them. Un Chant D’Amourinfluenced Barney Rosset, who commissioned Film from Samuel Beckett in 1964.