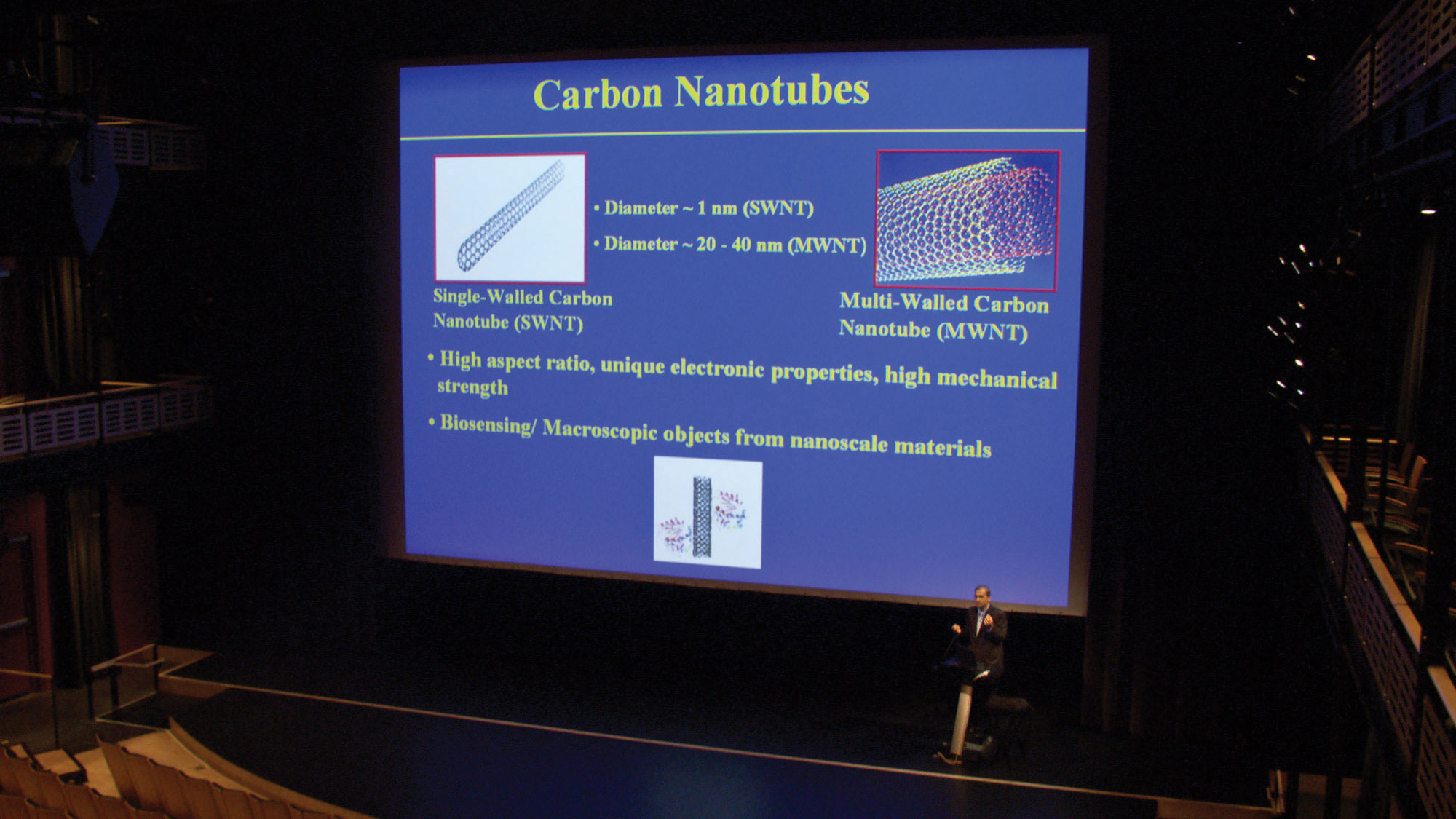 This talk will describe efforts to interface bioactive molecules with nanomaterials and nanoscale scaffolds for designing potent therapeutics and functional nanocomposites.  We are designing potent inhibitors of bacterial toxins based on the concept of polyvalency – the simultaneous binding of multiple ligands on one biological entity to multiple receptors on another.  We will describe the design and characterization of polyvalent inhibitors that are several orders of magnitude more potent than the corresponding monovalent inhibitors and are effective in vivo.  We are also investigating the structure and function of biological molecules immobilized onto nanomaterials such as carbon nanotubes. We will describe the design of enzyme-containing nanocomposite films that are effective against antibiotic-resistant bacteria.