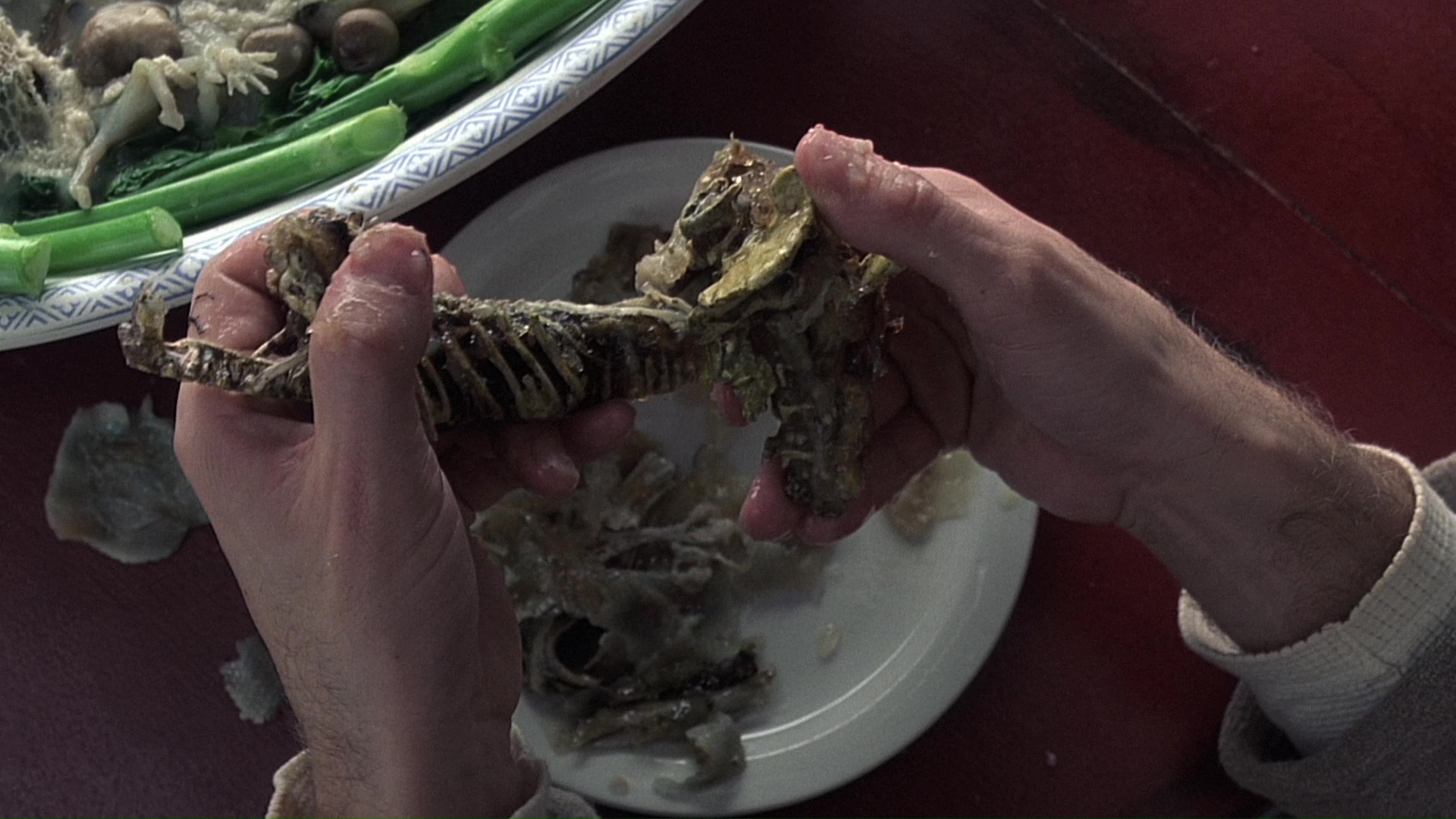 Released on the eve of the millennium, David Cronenberg’s sci-fi thriller eXistenZ delves deep into our fears and techno-fetishistic desires about the future of virtual reality gaming, and explores a world where players can physically connect their bodies to games via bio-ports, outlets surgically inserted into their spines. eXistenZ presents an eerily organic and dystopic vision of technology, where reality becomes increasingly indistinguishable from the manipulated construction of it. Starring Jennifer Jason Leigh and Jude Law, the film also features Willem Dafoe in a darkly humorous supporting role. The film series A Door Ajar, presents enigmatic films that refuse cliché cinematic endings where the hero rides off into the sunset or the wayward soul finds eternal redemption. Instead, these films revel in openness, leaving the door ajar for interpretation after the film ends. The series looks at perception, the desire to create meaning, and the reach for conclusions. Petra Cortright's short film Bridal Shower will be screened prior to eXistenZ as part of the Frieze Film series.