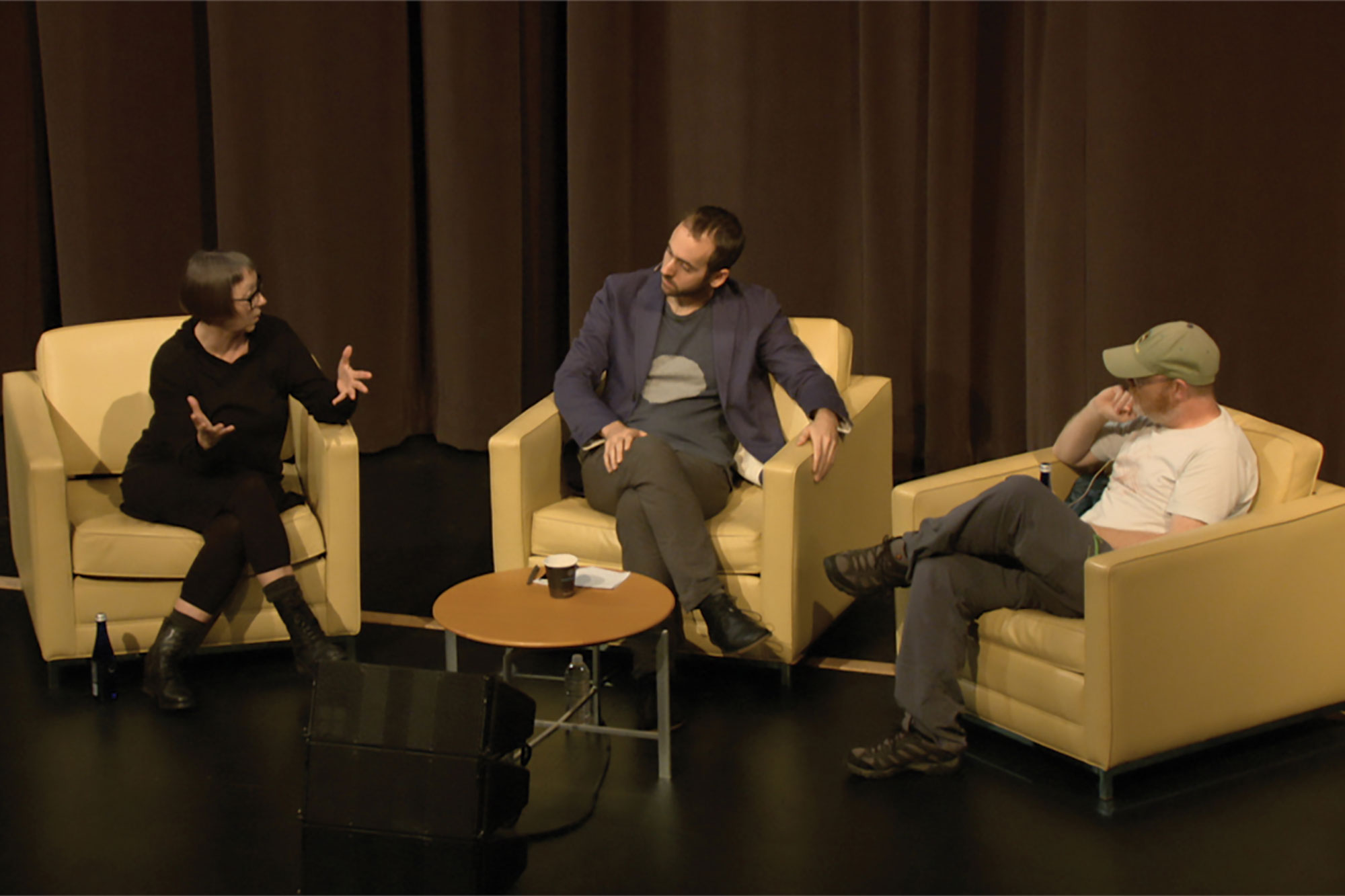 Often, the mark of excellence in electronic music and sound art is the ability of the composer to hide their identity and virtuosity behind an inscrutable bank of machinery or within the ambient acoustics of the space in which the piece is performed. Whether or not this obfuscation is willful, it results in a genre of music that is vastly diverse in both its effects and technical configurations. In this conversation between Mark Fell and France Jobin, two masters of their understated craft will step forward to engage in dialogue and answer questions about the aesthetics, techniques, and politics of their work.

Fell has been in residence at EMPAC to develop Recursive Frame Analysis, a new work for sound, light, and dance; meanwhile, Jobin has been working on the premiere of a multi-channel sound piece for the Concert Hall.