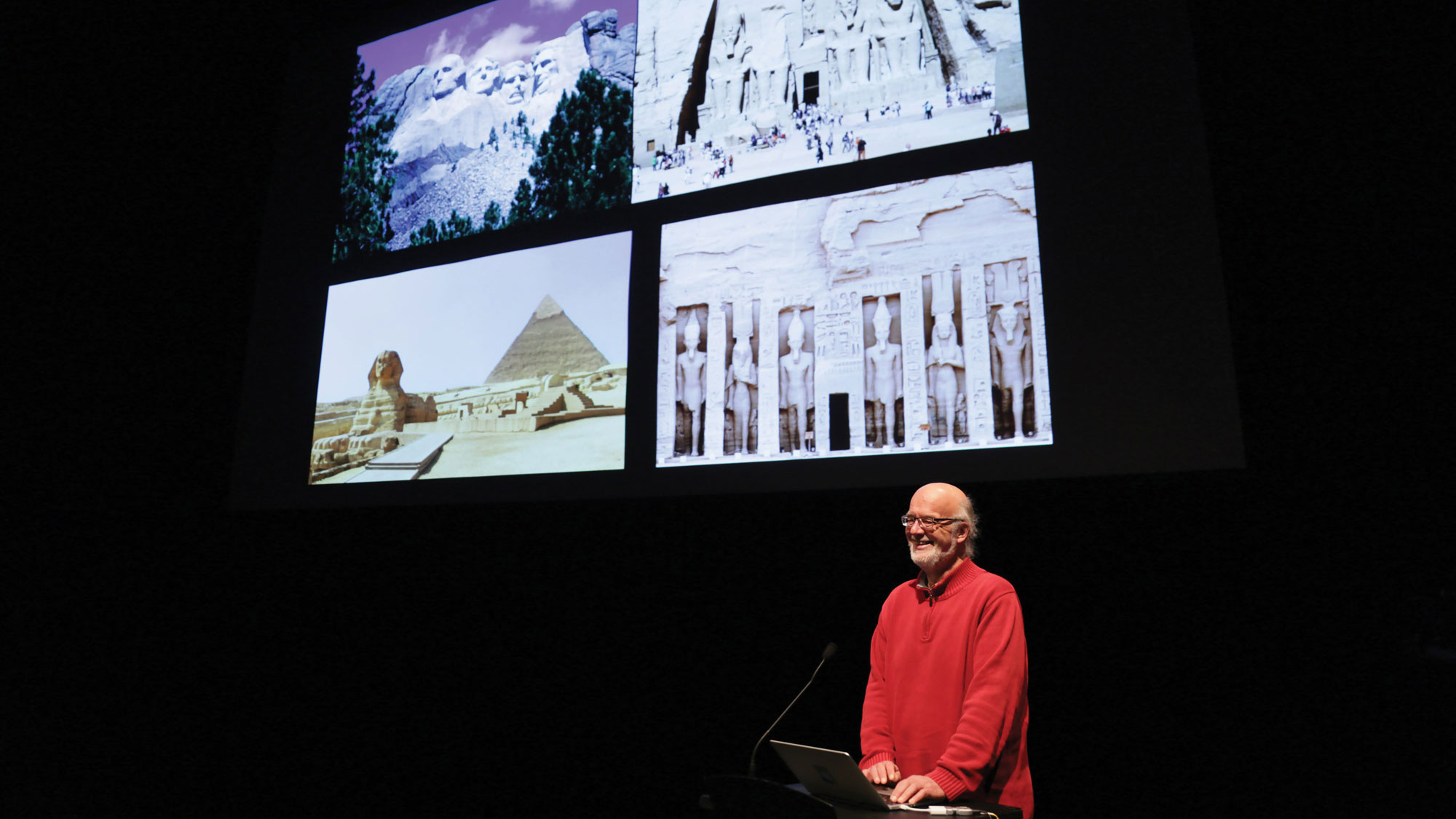 Eternity and Megalomania: The Politics and Mechanics of Archiving

Most everyone in our society has an ever-increasing amount of digitally encoded documents and data, from selfies and family pictures, videos and music, to scientific and financial data. EMPAC, for one, has hundreds of hours of video and audio documenting performances and events created here on campus. While technology continues to change more rapidly than ever, attempts to standardize digital formats are undermined by an industry that has to meet shareholders’ expectations with new gear, protocols, and ever-new methods for distribution and storage. Obsolescence and incompatibility guarantee rising sales.

An immense effort has been underway for the past decades to cope with this battle between constant change in the name of improvement and the desire to pass “things” on from generation to generation. We like to believe what we are told, that we have conquered eternity by digitizing everything in a “universal code.”

Some fundamental aspects of archiving have been around ever since we started writing our thoughts and preserving “the fruit of our labor” beyond the life-span of an individual: Who has the power to determine what is to be kept? Who has the money to pay for keeping what is to be kept? Whose bits will survive the longest? Some answers can be found by considering clay tablets, pyramids, monks copying manuscripts by hand, the printing press, acid-free paper, acetate film – and the care that is currently taken to destroy cultural artifacts, as in the Islamic world (a non-first and non-last in human history and common to all cultures).

The talk will finally give an overview of present preservation strategies in the digital domain and present the concrete solution we found for EMPAC, which is both cheap and pragmatic. This approach may be of interest to anyone in the scientific world, in industry (where it is being adopted), or at home.

Johannes Goebel has been involved with the archiving and restoration of digitally created music since the mid ’80s, when the issue was already problematic, only 30 years after digital sound entered the world of music. He created and mastered the first audio CD series dedicated to distribute music, created with computers, in a digital form, and established the first international digital archive of electronic music with colleagues from Stanford University and ZKM Germany between 1989 and 1995, at a time when an “all-digital archive” was not seen as worthy of support from big foundations—only 25 years ago. As director of EMPAC, he has been collaborating with the EMPAC team to archive the work done here, resulting in a “video chair,” a 688-page printed book (also available online), and a strategy to back-up video and audio data in a cheap and hopefully longer-lasting way.