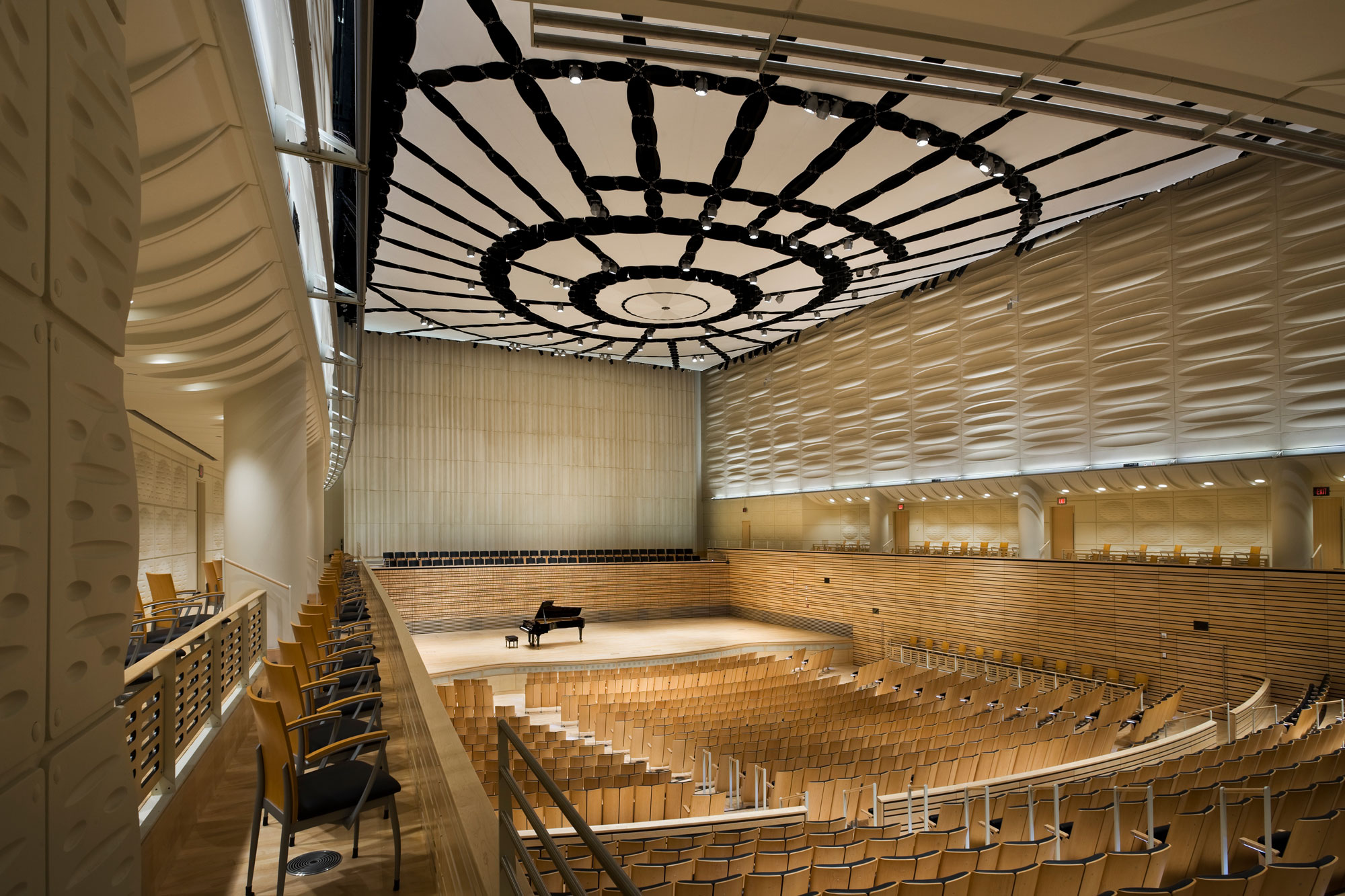 This fall, we’ll be offering a series of EMPAC building tours led by different members of the EMPAC team to highlight the diverse and specialized functions of the space.

Each tour will run on the first Saturday of the month. Admission is free and open to the public. Registration is required. Visitors should meet at the EMPAC box office on the 7th floor at 2PM.

Due to overwhelming popularity, we are requiring registration for the remaining tours this fall. Space is limited, so register early to not miss out.

Before Johannes Goebel became the director of EMPAC, he worked extensively with the architects and engineers to design and build virtually every feature of the space. On this tour, Goebel will take visitors through the EMPAC building with an eye and ear to the specific “human-scale” functions he strove to achieve in taking the project from a lofty vision to one of the world’s most advanced media centers.

From the specialized sound-diffusive panels in Studio 1, to the frequency-calibrated Nomex ceiling fabric in the Concert Hall, and into the miles of fiber optic cable that connect each of EMPAC’s performance spaces to its recording studios, lead audio engineer Todd Vos will take audiophiles on a deep-dive into EMPAC’s acoustic design and capabilities.

Each of EMPAC’s performance spaces were designed as a blank canvas, endlessly customizable according to the needs of EMPAC’s diverse productions. Join director of stage technologies, Geoff Abbas, for a behind-the-scenes tour of all the nuts and bolts that make the space work, including the robotic rigging system and 80-foot Theater fly tower.

As curator of time-based visual arts, Victoria Brooks approaches the EMPAC infrastructure with an eye toward its capabilities in the production and presentation of film, video, and other moving-image works. With past projects utilizing green-screen staging, 360-degree VR technology, and robotically rigged "flying" cameras, as well as integrated "film performances," Brooks will discuss her programmatic perspective on the EMPAC spaces.

As curator of theater and dance, Ashley Ferro-Murray approaches the many EMPAC spaces with sensitivity to the ways in which they facilitate the staging and movement of human bodies, both in the context of performance and participation. This tour will take guests through each of the building's venues to illustrate how new performance works are commissioned and developed to live in a physical space.

As curator of music, Argeo Ascani approaches EMPAC for its unique capacity as both a concert venue and recording facility. Taking guests through both the performance and audio production spaces, he will offer insight into his diverse music programming, which places contemporary classical, electronic, rock, jazz, and sound art side-by-side.