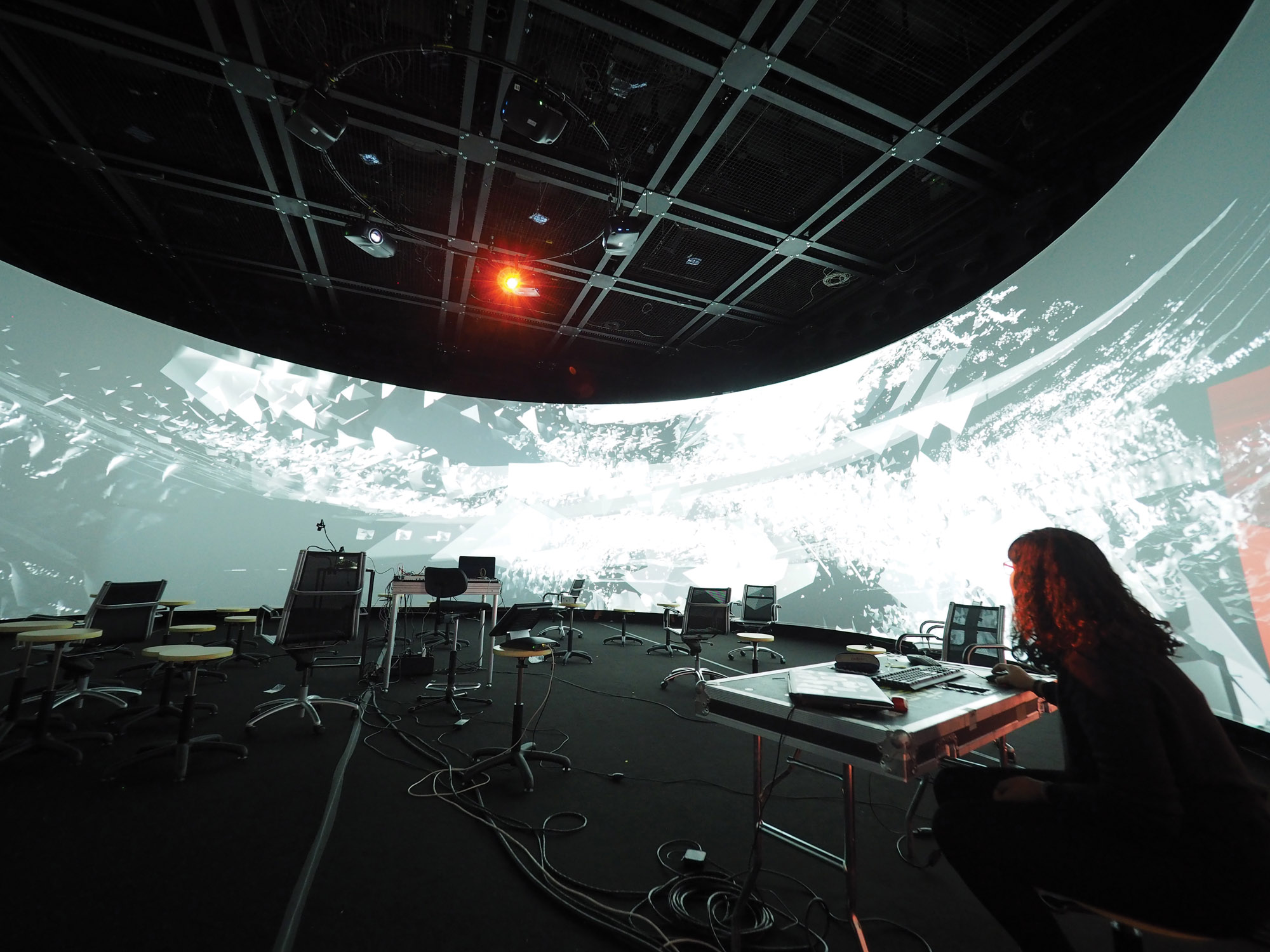 A photographer turned video and film artist, Laura Luna began to experiment with music in 2013. Perceiving sound as a powerful art form for enhancing memories and narratives, she recorded sounds around her that triggered emotions and memory fragments, building them into a rich tonal music. Using field recordings, voice, a modded Atari computer, a Gameboy and various synths, she constructs sounds to describe fantastical scenes and narratives, creating soundtracks for sublimely fogged-in worlds inspired by the sort of science fiction that deals in the eerily heart-rending.

In 2014, she released the experimental album Isolarios inspired by stories about lost cosmonauts, expeditions without return, magical realism, and the works of Italo Calvino. With a passion for machines, generative narratives, and the complexities of memory, Luna has developed audiovisual performances, installations, and interactive works where different materials and technologies coexist.

NOTE: Capacity for this performance will be very limited, as the audience will be within the panoramic screen. Advanced ticket purchase is recommended.