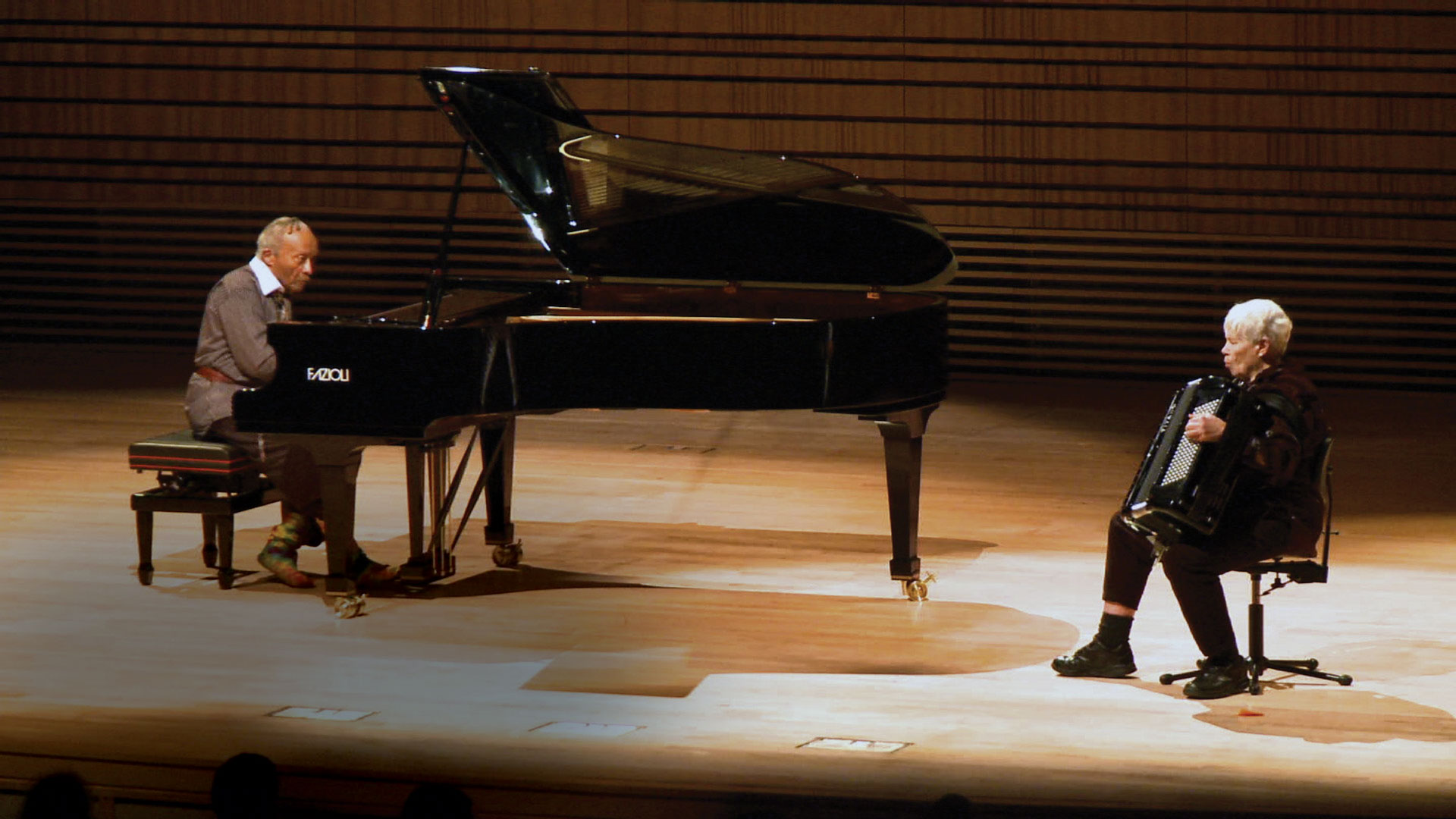 Cecil Taylor and Pauline Oliveros were creators of American music that "never existed in the world" until they changed the world by making it. They were two of America's most unique creative voices—internationally renown as improvisors, composers, and philosophers-of-sound—as artists who were all of these things at once, challenging listeners to reconsider distinctions between composition, improvisation, the art of listening and making sound. As part of EMPAC's opening on October 5, 2008, they each performed as soloists, and then together for the first time.

On the occasion of Taylor's passing, and in dedication to both late musicians, EMPAC is pleased to make the DVD of this performance available to the public. Cecil Taylor + Pauline Oliveros Solo. Duo. Poetry. includes both performers' solo sets, their duet improvisation, as well as Floating Gardens: The Poetry of Cecil Taylor, and footage of the EMPAC Opening Festival, which ran October 3–10, 2008. We’re pleased to share this historic performance with you for only the price of shipping and handling.