[Lars] Jan is the founder of Early Morning Opera, which describes itself as “a genre-bending performance and art lab whose works explore emerging technologies, live audiences, and unclassifiable experience.” That’s led to projects like Holoscenes as well as Abacus, a sort of twisted TED Talk-style performance that was commisioned and debuted at the Experimental Media and Performing Arts Center (EMPAC) in Troy, New York, in 2010.

That spirit and energy that initially prompted Kathleen Forde, the curator for this year’s Audemars Piguet Art Commission and EMPAC curator alum (2005-2014), to put Jan forward as a nominee for the commission. Forde (who had actually worked with Jan during EMPAC’s presentation of Abacus) tells me she self-identifies as a time-based arts curator. She connects Jan’s work to Audemars Piguet’s guidelines for the commission: that the artist be able to portray the “tension between tradition and innovation.”

“Jan is absolutely that person,” says Forde. “He’s using incredibly complicated technology. Though his strategies are forward-thinking, there isn’t a conversation he has where he’s not referencing art-historical and philosophical traditions. Slow-Moving Luminaries is referencing everything from Angkor Wat to Japanese temples to labyrinths to meditation paths to maritime symbols and California minimalist light artists.” Read the full article at Artsy.

This video was captured during Jans prototype residency for Holoscenes in July 2013 at EMPAC. 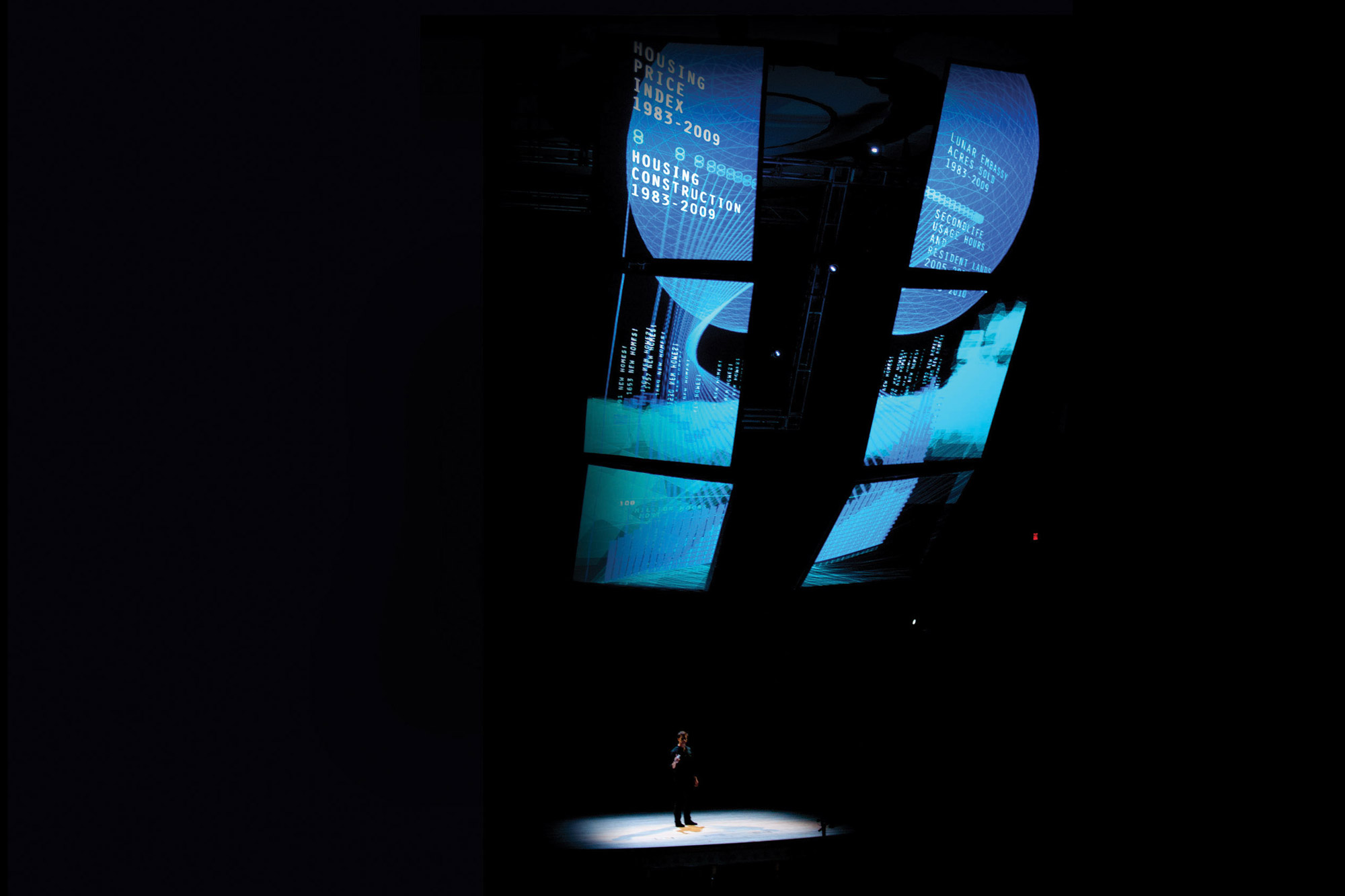