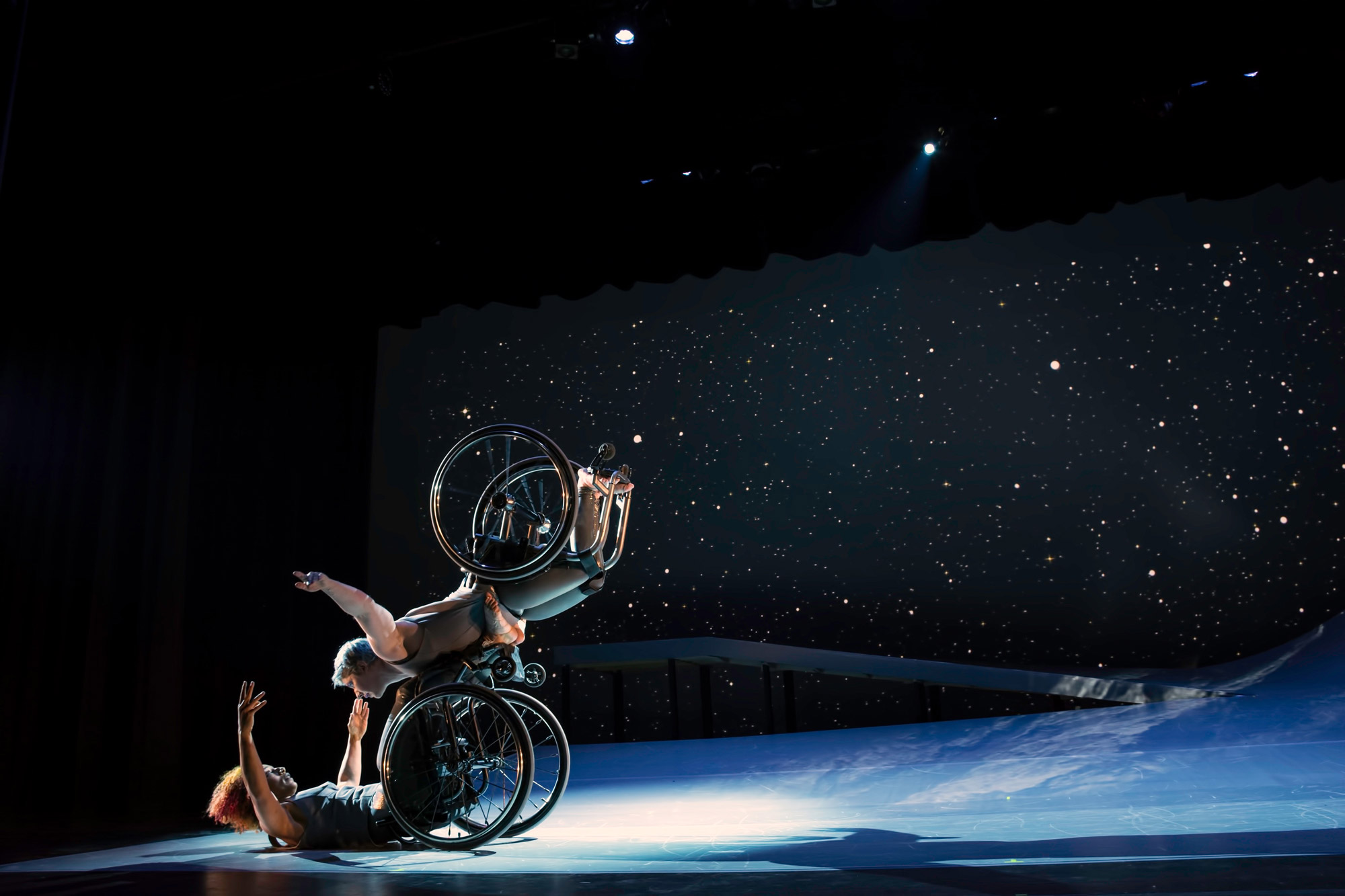 Under the artistic leadership of “innovator in disability arts” (The New York Times), Alice Sheppard’s Kinetic Light enables new understandings of the moving world. Dancers perch, swoop, and soar on a striking custom-built ramp of curves and peaks in DESCENT in this recorded version making its online premiere. Filmed at EMPAC in 2018, this visually stunning imagining of a queer, interracial love story of mythical figures Venus and Andromeda is a transformative ride testing the limits of what dance, beauty, and disability appear to be.

“Sheppard and her collaborators are reimagining how we experience the form, and at the same time, making striking new shapes that challenge our limited ideas of what dance—and dancers—look like.” (Albany Times Union)

The online performance will be audio described.

The Artist Conversation will include ASL interpretation and captioning.

I’ve been talking with artistic director Alice Sheppard for a couple of years now, and I finally had a chance to see the company in person last November in North Carolina. DESCENT is a dance duet and an incredible distillation of Sheppard’s disability arts aesthetic and her work with Laurel Lawson and Michael Maag. The work features a gorgeous ramp that functions almost like a third character in the piece. Michael Maag’s lighting and projection design with images of the night sky sets the stage for an encounter between Venus and Andromeda, who originate in separate mythological universes. The production also includes audio described versions, both single-voice and multi-layered, with specially-developed sound, offering an accessible and artistically equitable online experience. Kinetic Light are the vanguard of disability arts and I can’t wait to share their work with you.

Description: Laurel Lawson, a white woman, balances on the footplate of Alice Sheppard’s wheelchair, with arms spread wide, wheels spinning. Alice Sheppard, a light-skinned Black woman, opens her arms wide to receive her in an embrace. They make eye contact and smile. A starry sky fills the background, and moonlight glints off their rims.