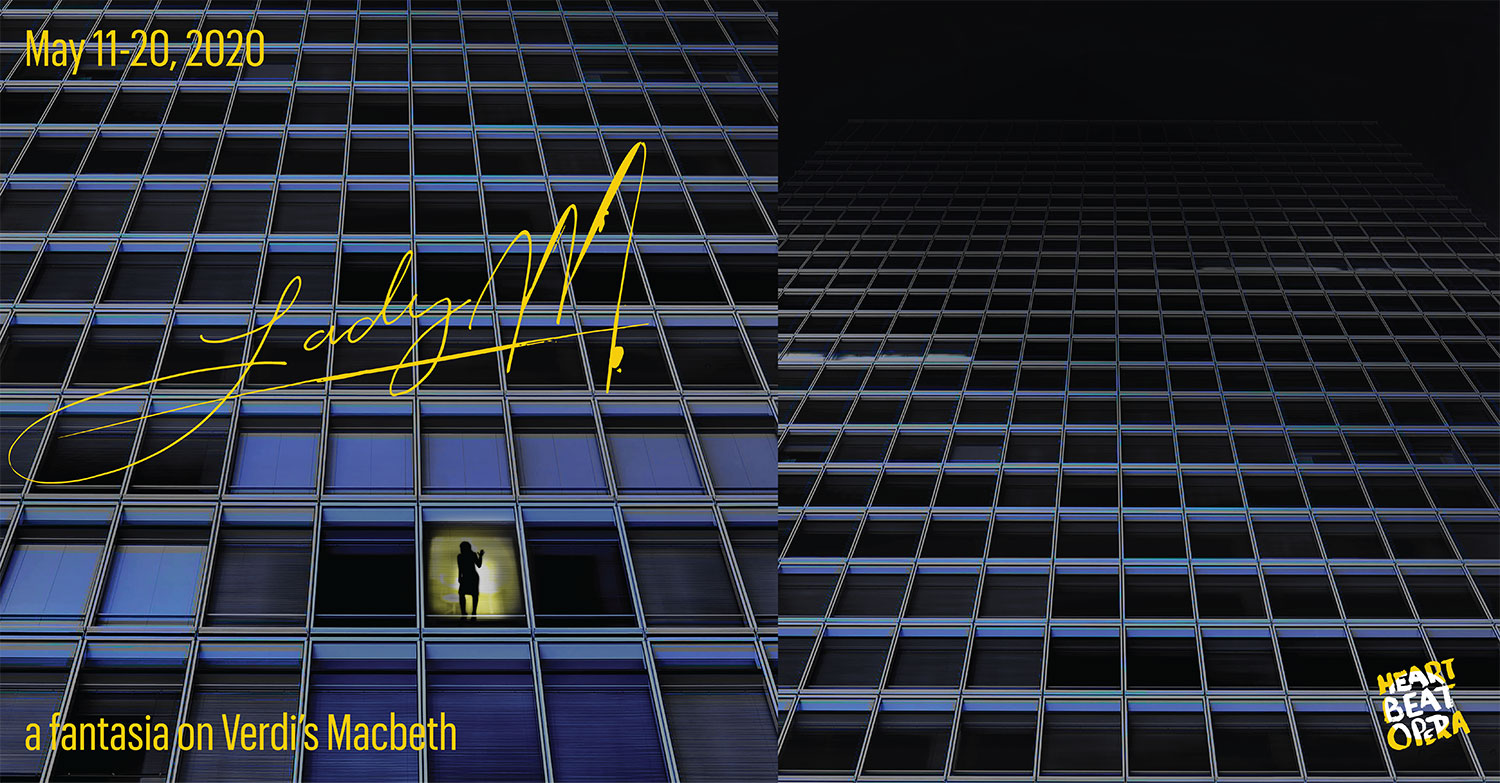 The Work-in-Progress will be Shared in a Series of Virtual Soirées on Zoom, May 11-June 6
News Type
News

“Bracing—icy vodka shots of opera instead of ladles of cream sauce.”
— THE NEW YORK TIMES

NEW YORK, NY—A co-presentation with The Experimental Media and Performing Arts Center (EMPAC) at Rensselaer Polytechnic Institute, HEARTBEAT OPERA—the daring young indie opera company whose unconventional orchestrations and stagings of classic operas have been called "a radical endeavor" by Alex Ross in The New Yorker—concludes its sixth season with its first adaptation of Verdi: LADY M, a reimagined and re-orchestrated work-in-progress, envisioning the story of Macbeth through the eyes of Lady Macbeth.

Stripping away the clichés that have accumulated around Lady Macbeth and her story, Heartbeat's version explores ambition, gender, and violence through a contemporary American lens. Heartbeat Co-Artistic Director Ethan Heard, known for his socially conscious adaptations of classics like a Fidelio that recruited real prison choirs as the chorus, directs. His LADY M holds a mirror to NY in 2020: hedge fund managers and escorts, in glass towers and back alleys; the ferocious ambition and the nonstop drive.

In light of COVID-19, Heartbeat Opera takes its LADY M rehearsals and performances online. Rather than cancel its production, the company launches a 10-day remote residency (April 20–May 1) with their artists rehearsing at home, followed by a series of intimate Virtual Soirées through Zoom video conferencing from May 11–June 5. The full production arrives in Spring 2021.

Each Soirée will include:

Each Soirée will also feature two videos, newly unveiled for this project:

Recordings of individual artists will be edited together as Heartbeat did in its recent acclaimed “Make Our Garden Grow” virtual performance.