Martine Syms’s debut feature derives its title from a Freudian slip. In the opening scene, as Palace (Diamond Stingily), a sculptor at an upstate New York art school, describes her thesis project to an all-white faculty panel, she mispronounces “African diaspora” as “African desperate.” It sounds nonsensical, but no one bats an eye, and the professors continue with their jargon-riddled commentary. This is the art world, a place as open to absurdity as it is closed to diversity. Here, people say made-up terms with grave conviction yet are incredulous that a Black woman like Palace has made it to the Venice Biennale.

Drawn from Syms’s own experiences as a visual artist, “The African Desperate” is less an art-school parody as it is a portrait of existential incongruity, where contempt mingles with deep affection. After being anointed a Master of Fine Arts, a frustrated Palace is ready to pack up and leave, but she stays on for 24 final hours of debauchery, coaxed by friends, drugs and potential lovers.

As Palace stumbles through a series of neon-hued encounters, ranging in tone from slapstick to dark comedy, Syms brings the invisible, everyday negotiations of a Black artist to startlingly visual life with layers of images and sounds. When a white classmate says she’s never heard of the Jamaican writer Sylvia Wynter, Palace doesn’t react, but a meme flashes briefly on-screen with the caption: “What if I told you there were Black theorists?”

There’s an echo of Luis Buñuel’s “The Exterminating Angel” in “The African Desperate,” though Palace’s stuckness in her off-putting milieu is less surreal than tragically banal. As alienating as art school might be, it’s also a refuge for our eccentric, orange-haired heroine. 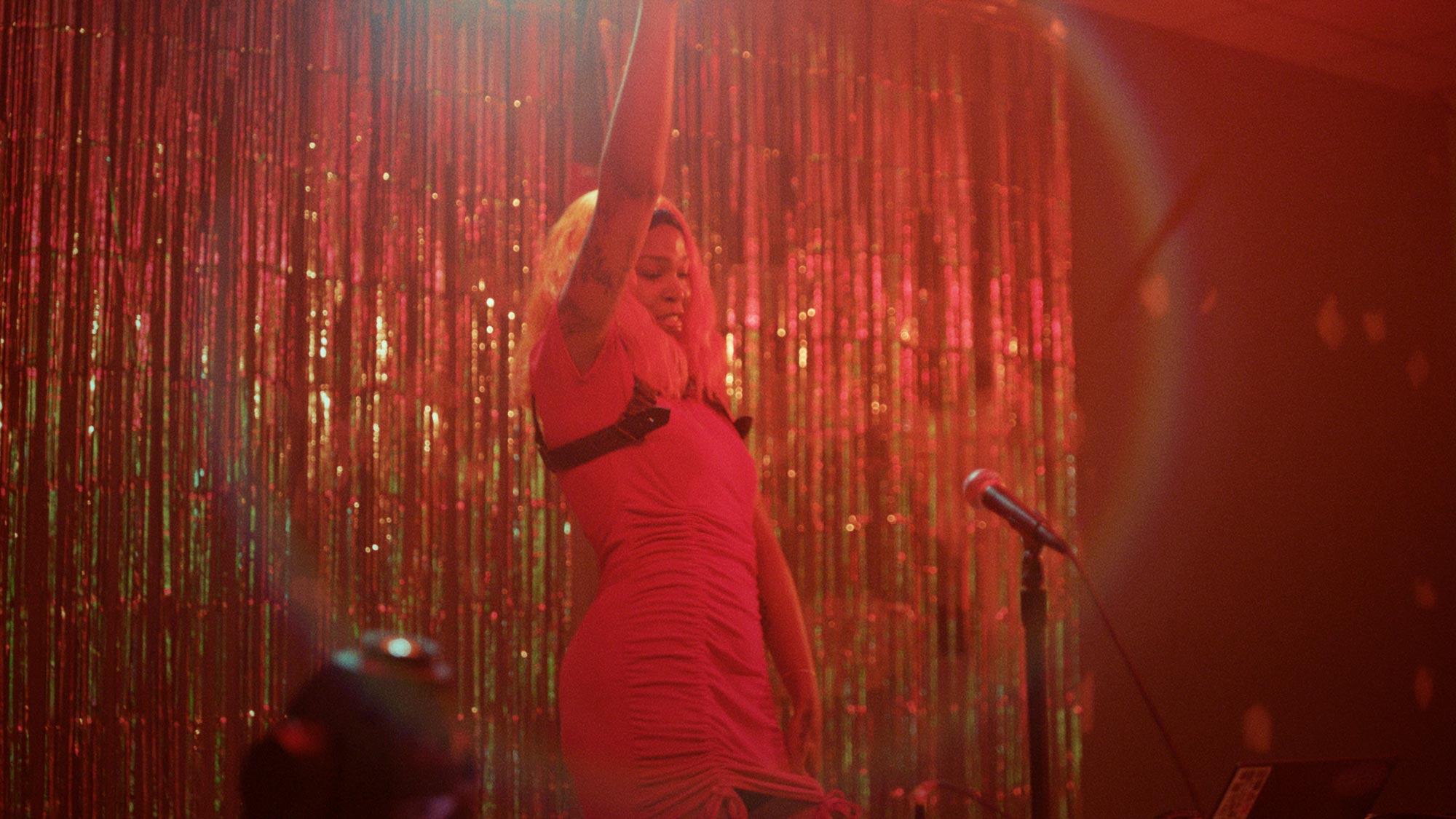 The First Feature Film From Martine Syms Is a Hazy, Alluring Send-Up of the Art World