Director Jean-François Peyret was inspired by the writings of transcendental philosopher Henry David Thoreau and two years spent living by Walden Pond to create RE: Walden, a piece that merged theater, music, live performance, and large-scale video projection. Peyret’s work uses theater for reveries on the living and artificial, bodies and machines, and mankind’s technical destiny, often influenced by the writings of philosophers and scientists. Peyret and his team used their month-long residency in 2010 to collaborate with EMPAC audio and video engineers on the piece’s sonic and video environment. The artists also conducted on-site research at Walden Pond in Massachusetts, and set up a photo rig to capture images of the pond over the course of a year, viewing their video experiments in full resolution. Composer Alexandros Markeas worked on a composition for player piano, multi-channel speaker array, and various resonators. 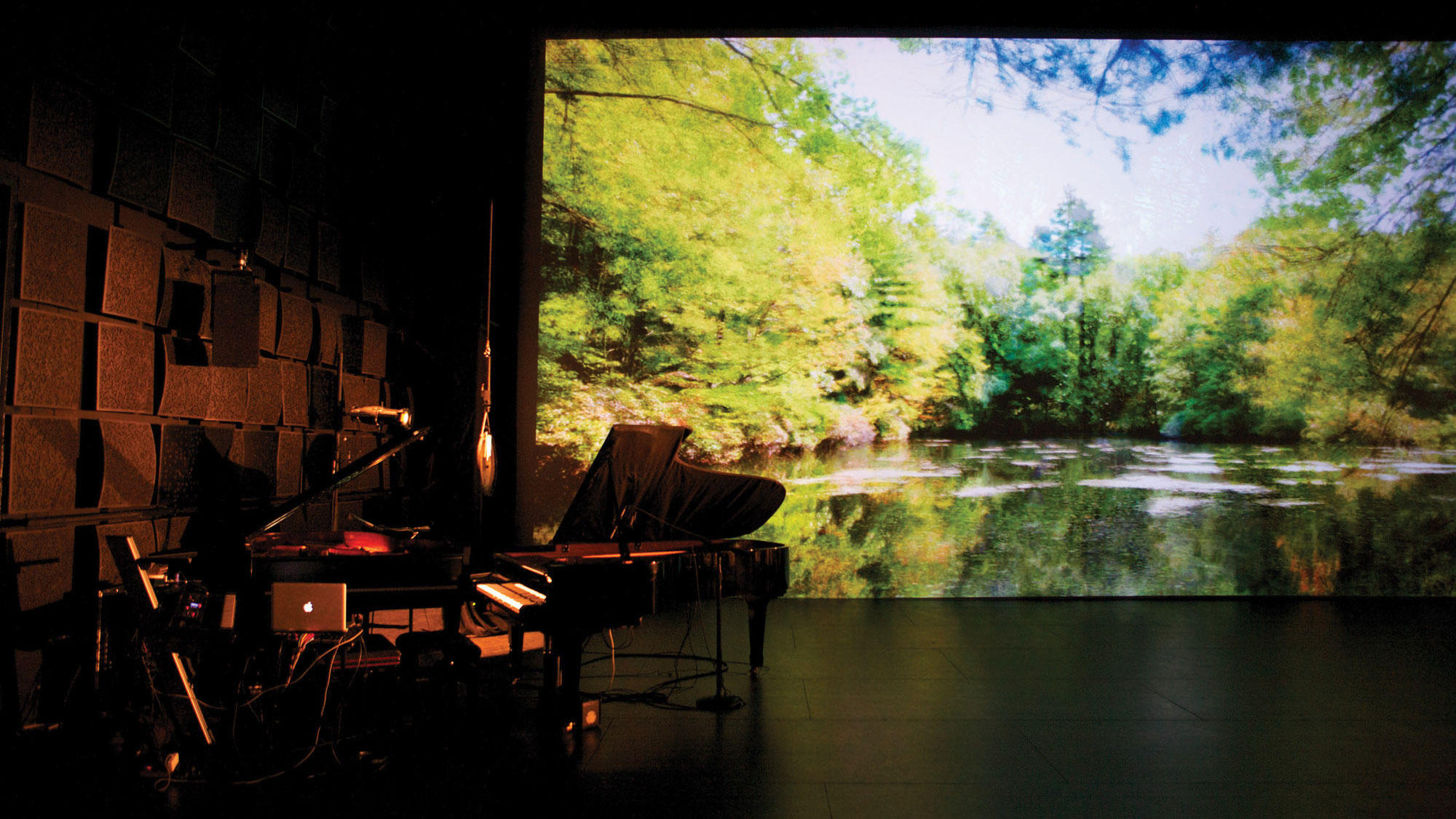 RE: Walden was made possible with the support of Etant donnés: The French-American Fund for the Performing Arts, a program of FACE.