Daniel Teige is a Berlin-based composer, sound artist, and sound director specializing in installations, improvisation, and interactions. His quirky sound collages combine ambient sound with elegant musical progressions, for an effect that is both classically restrained and whimsical. Teige is also an expert interpreter of the music of composer Iannis Xenakis, having reconstructed and performed his magnum opus Persepolis several times in Europe.

Volkmar Klien works in various areas of the sonic arts, from electronica to interactive installations and instrumental compositions. Klien was invited to EMPAC to remix a composition—Start-Ziel-Siege, in which washes of electronic feedback float over computer-generated percussion—for dozens of speakers. “Start-Ziel-Siege” is a phrase used in the German racing world that signifies a “start-to-finish victory.” 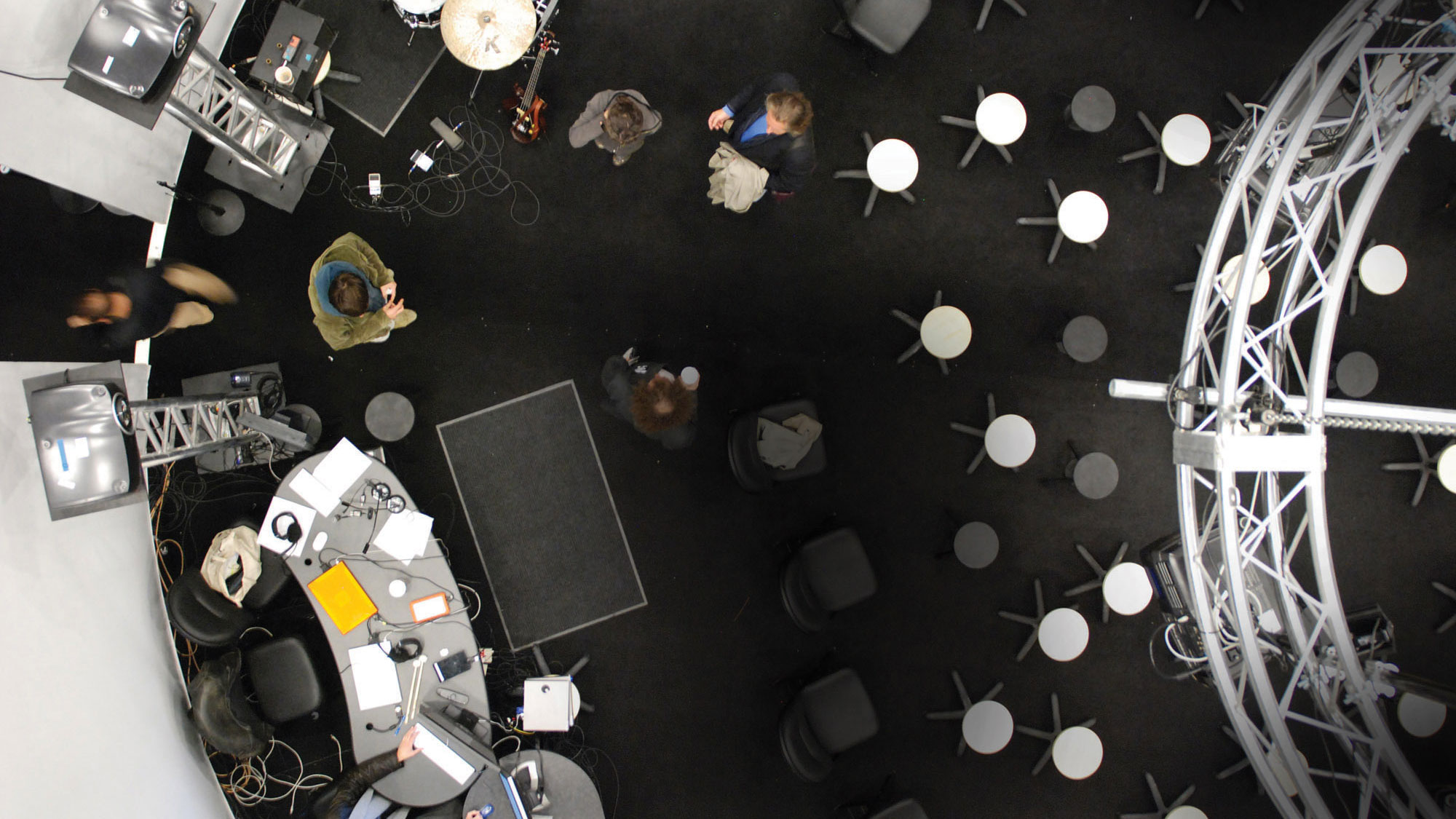