While in residence, Hans Tutschku developed a new composition, commissioned by EMPAC for the Filament Festival, using a 24-channel loudspeaker system suspended on a truss system. The work explored the human voice in the digital domain and took advantage of the potential for EMPAC’s Studio 1 to be a nearly anechoic space, introducing many layers of virtual acoustics and dynamic spatialization within them. According to the composer, agitated slowness continued his explorations of larger forms: within a long time span, clearly marked sections develop contrasting density states, and the 24-channels surround the listener in the shape of a cupola, allowing the creation of aural spaces which go beyond the physical dimensions of the concert hall. Hans Tutschku is a German composer who has also taught at Harvard since 2004. 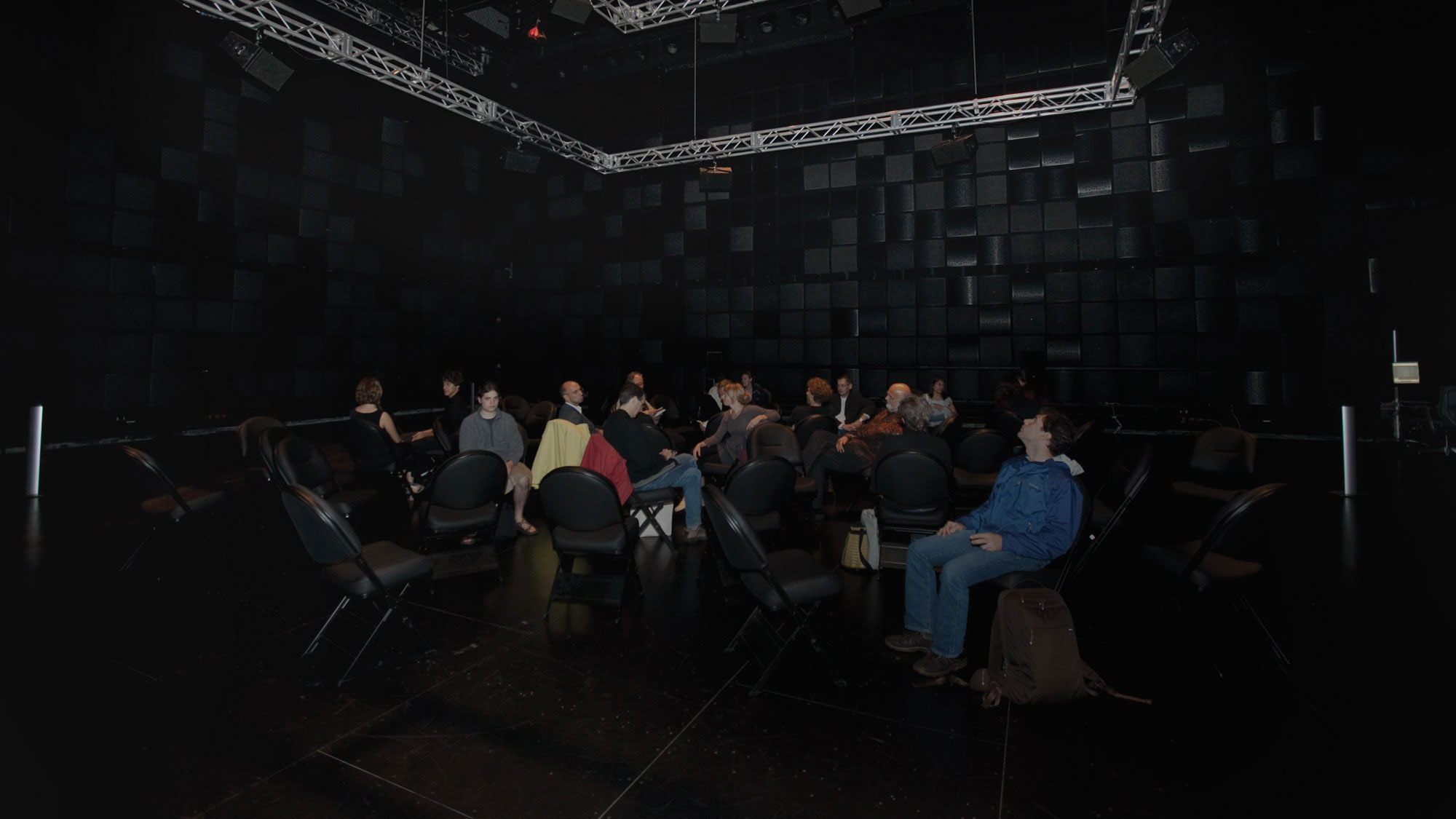