“When I look back at those days, I have no doubt that divine providence guided us... it seemed to me often that we were not alone.”—Sir Ernest Henry Shackleton. Inspired by Shackleton’s harrowing expedition to Antarctica in 1914, Phantom Limb used puppetry, dance, film, photography, music, and sound (including live music by Skeleton Key, a score recorded by the Kronos Quartet, and field recordings) to create a vision of the great arctic continent—past, present, and future. Dim light plays across a vast lunar terrain dotted with icebergs, while Shackleton’s crew—played by half-life-size puppets—struggles to survive, putting into stark relief the power of endurance and camaraderie and the price of knowledge. The entire cast and crew participated in a two-week residency at EMPAC for technical rehearsals to prepare for final workshop showings at EMPAC prior to a premiere at Dartmouth College and performances at Brooklyn Academy of Music. Phantom Limb, founded by composer and marionette maker Erik Sanko and visual artist Jessica Grindstaff, incorporates puppetry, music, and large-scale installation to probe contemporary life. Sanko and Grindstaff have collaborated with such diverse artists as Ping Chong & Company, Ulrike Quade, Geoff Sobelle of Pig Iron and rainpan 43, and Mark Z. Danielewski. 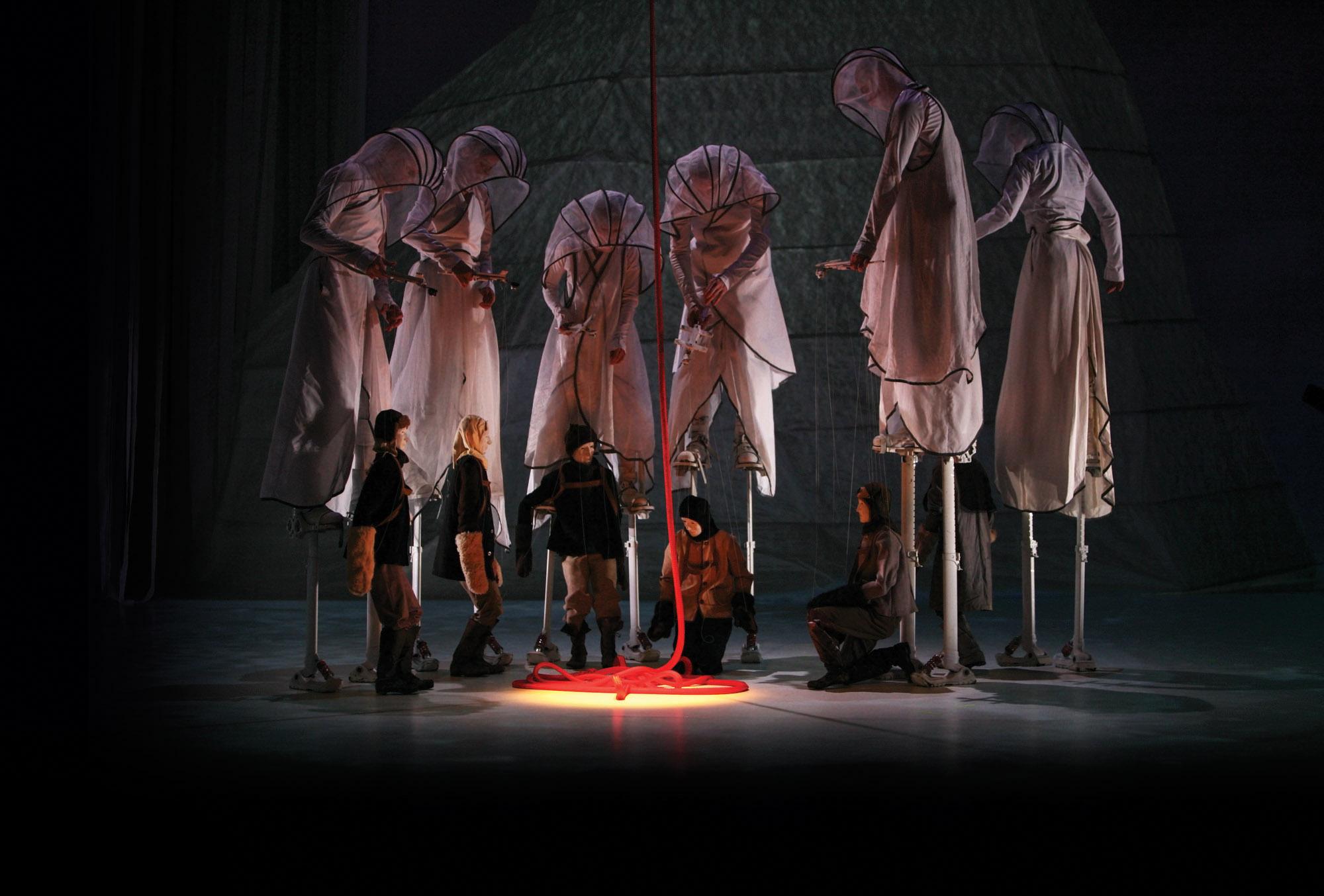