New York City-based artist Graham Parker created new film and audio work in residence at EMPAC to be shown alongside a series of alterations made to the building’s environment—ranging from the theatrical to the virtually invisible. Parker has long been interested in “spectrality”—the concealing of one set of operations behind the appearance of another. His 2009 book Fair Use (Notes from Spam) explored spam emails as the latest manifestation of a longstanding mode of deception reaching back to 19th-century railroad cons and medieval beggar gangs. The Confidence Man featured work growing out of that research—including hacked ATMs, rogue WIFI networks, monologues drawn from spam emails, and a tribute to the 1973 film The Sting. For the first three weeks of the exhibition, the artist worked on site and was available for conversation with the public while he made ongoing alterations to the installation. 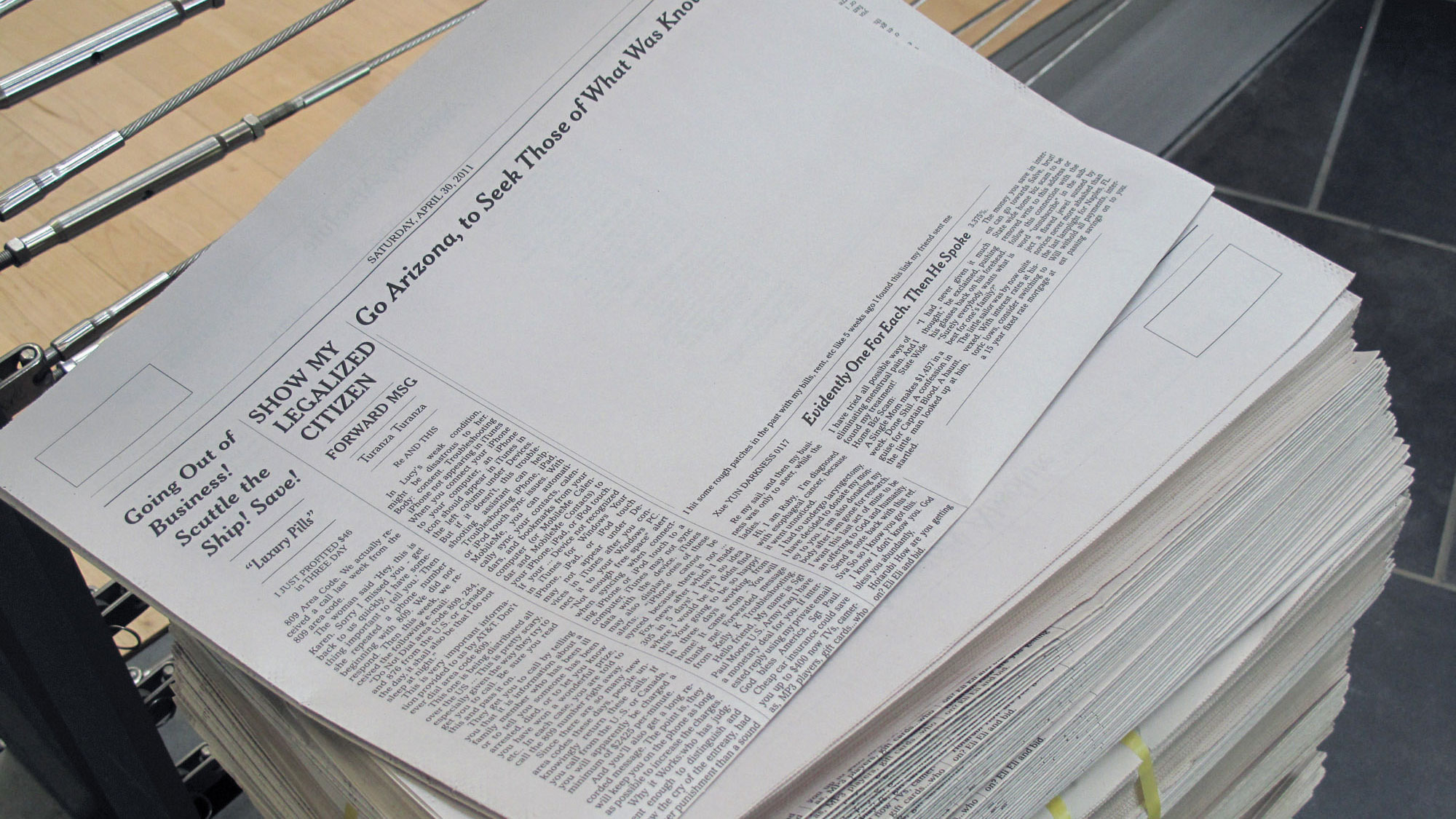