The Vision Machine is a kinetic light sculpture that produces a short film based on the behavior of light in prisms. Melvin Moti led a team of undergraduate physics and engineering students to assemble the components of The Vision Machine: a light source shines through a prism and reflects off a series of Mylar-covered panels affixed to a rotating bike chain, projecting a kaleidoscopic display on the wall. The effect evokes rainbows, sundogs, halos, and other atmospheric optical effects that rely on the position and perspective of the viewer to become visible. The project is, in part, Moti’s response to the obsolescence of celluloid film: an attempt to create a movie that will still be viewable 50 years or more from today, due to its mechanical rather than electronic construction.

Melvin Moti lives and works in Rotterdam, Netherlands. He examines neurological, scientific, and historic processes in relation to visual culture. Over the last several years he has produced films, artist books, objects, and drawings. His two most recent films, Eigengrau (2011) and Eigenlicht (2012), were included in The Encyclopedic Palace at the 55th International Art Exhibition, Venice. 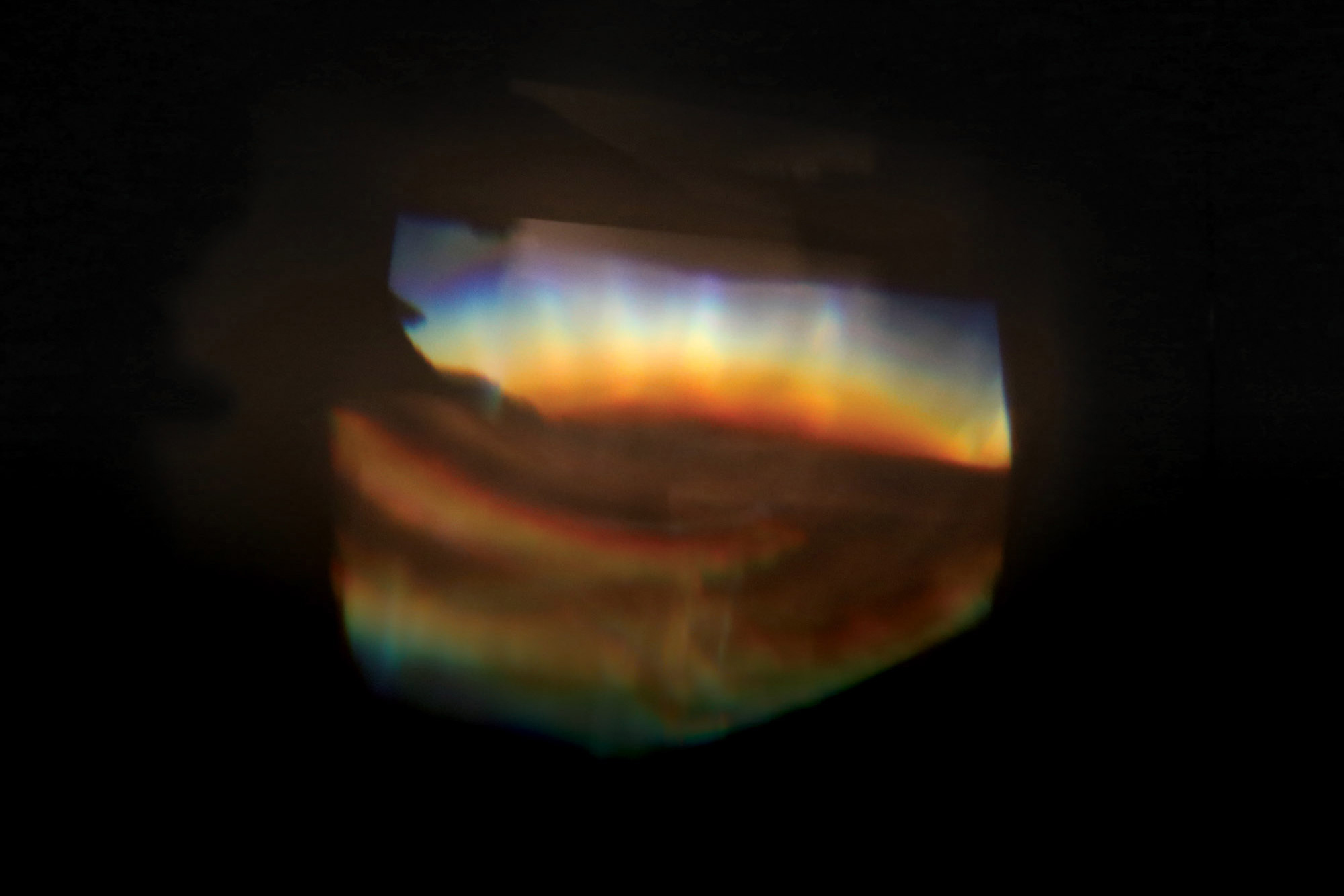