Daniel Lopatin is known for creating intricate electronic music that is characterized by its emphasis on melody and hypnotic pacing, con- ceptually stylized structures, and extreme use of audio-processing techniques. Early incarna- tions of Oneohtrix Point Never date back to the mid 2000s and drew heavily on the stylistic forms of cutout-bin ambient and new age records, combined with the structure and abrasiveness of noise music.

Newer work has focused on sample-based con- structions, while R Plus Seven drew on procedural poetry and ersatz instrumentation to produce a cryptic meditation on the materiality of sound itself. In addition to his own studio work in 2014/2015, Lopatin toured with Nine Inch Nails, produced Antony’s album, and exhibited an installation in collaboration with Boyce at MoMA PS1. 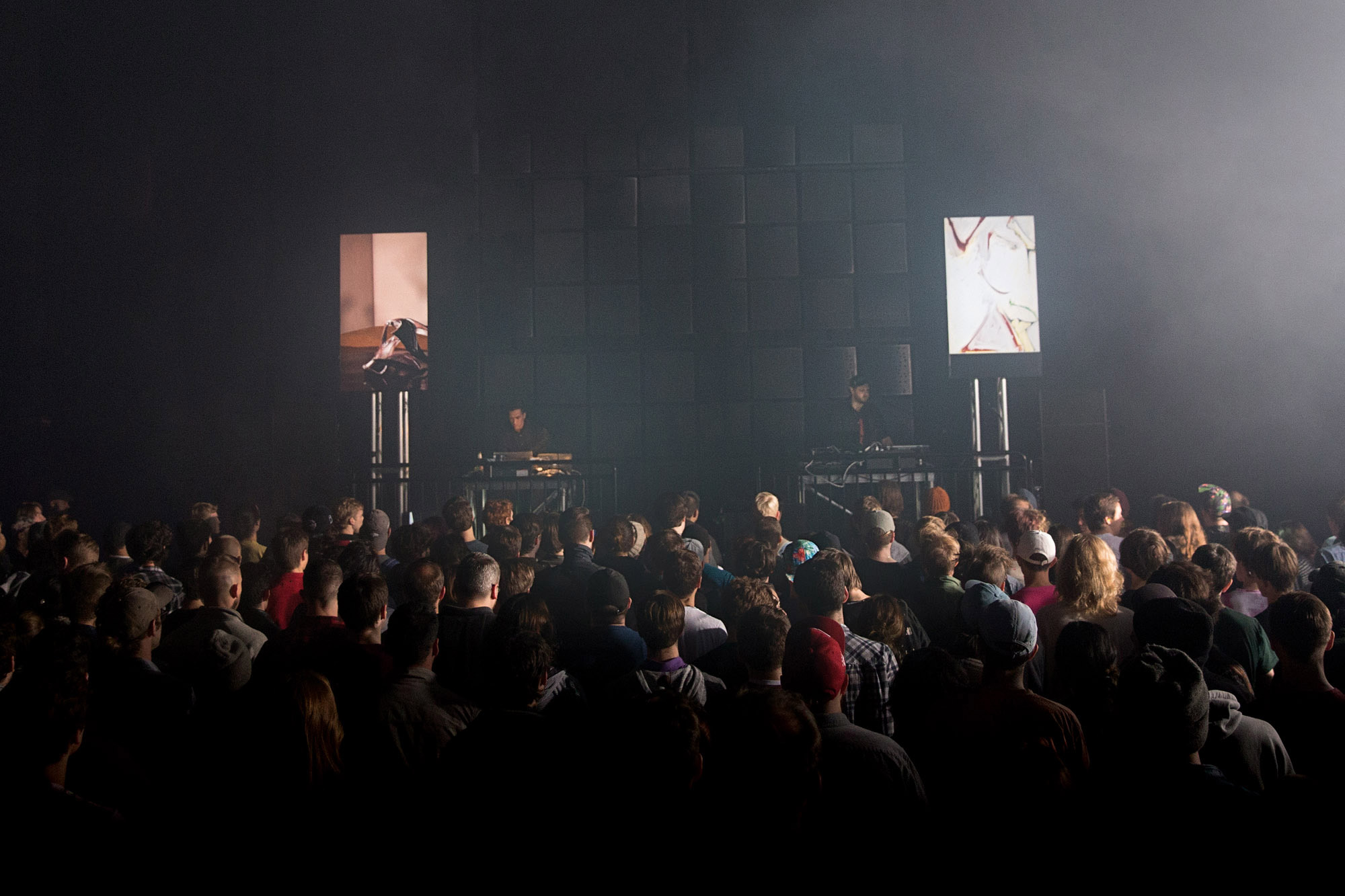